London's pasta scene could not be hotter right now - with everywhere from no reservation spots to fine dining restaurants doing great business. We pick out the best pasta to be had in the city. 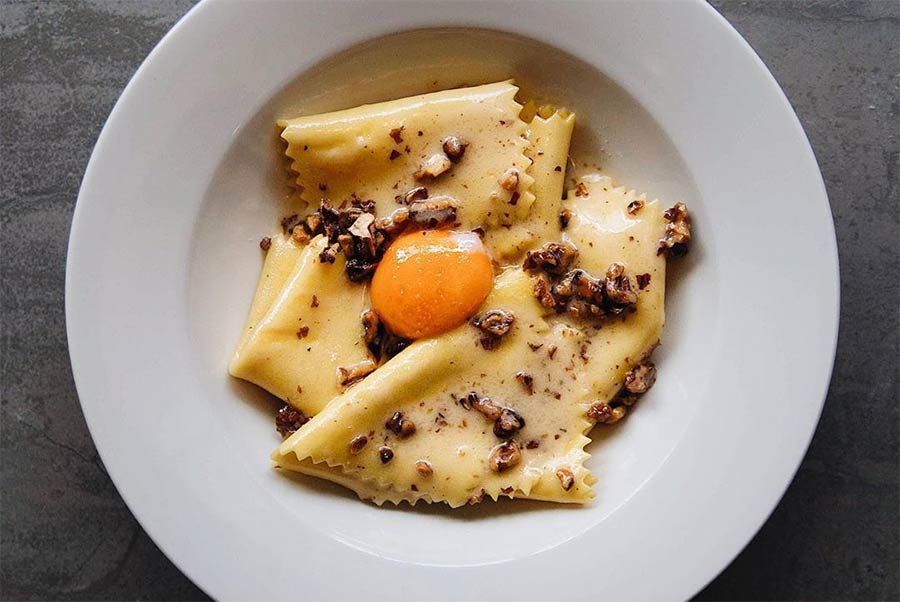 Bancone very early on received a glowing review from Grace Dent, who called it ‘casually orgasmic'. Originally opened by head chef Louis Korovilas (previously at Locatelli), the praise heaped on Bancone is definitely justified. The pastas here are every bit as masterful as those found at Locatelli but with one crucial and welcome difference - they’re a fraction of the price.

Pasta to go for:  The silk handkerchiefs with walnut butter & confit egg yolk are the signature 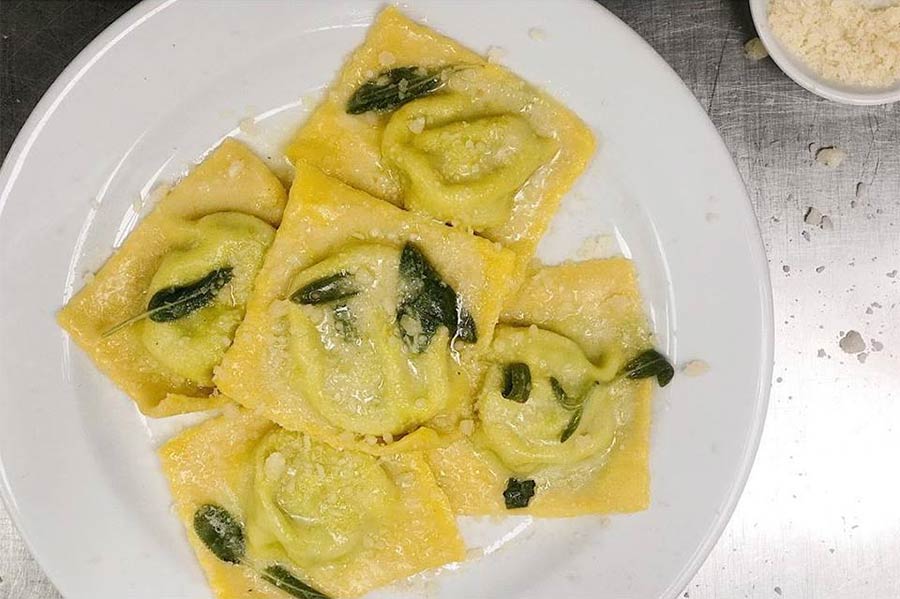 Having been open for over a decade, Jacob Kenedy’s Bocca di Lupo qualifies as a Soho institution. It’s still as fantastic as ever, with the pasta obviously being a particular highlight. All are freshly made in-house and are offered in small or large sizes meaning you can have it as part of a bigger meal or just pop in for a quick pasta and a glass of wine before the theatre. 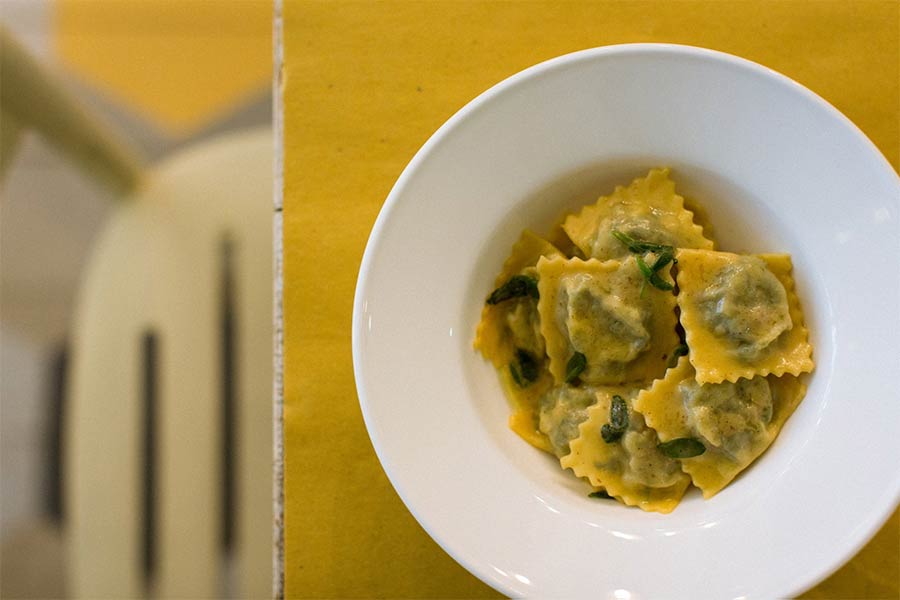 Part shop/part restaurant, Shoreditch’s Burro e Salvia makes incredible pasta on-site every day. You can take it away to cook yourself at home or take a seat up at the pasta counter and let them do the work for you. There’s a small menu of fresh pasta and antipasti that changes regularly.

Pasta to go for:  Agnolotti Cavour - Beef, Pork, Spinach in Butter and Sage 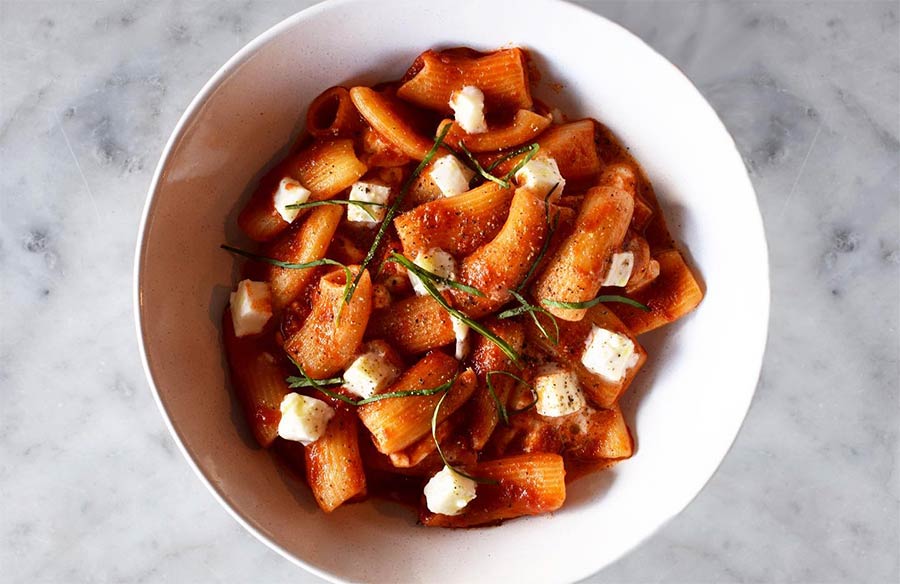 Head chef Simone and founder Andrew spent eighteen months studying the science and geometry of pasta to ensure they were bringing Londoners the absolute best. All that effort certainly shows in the beautifully crafted fresh pasta that’s on display in the open kitchen – and it tastes every bit as good as it looks too.

Pasta to go for:  Pappardelle with 4-hour slow-cooked béchamel bolognese 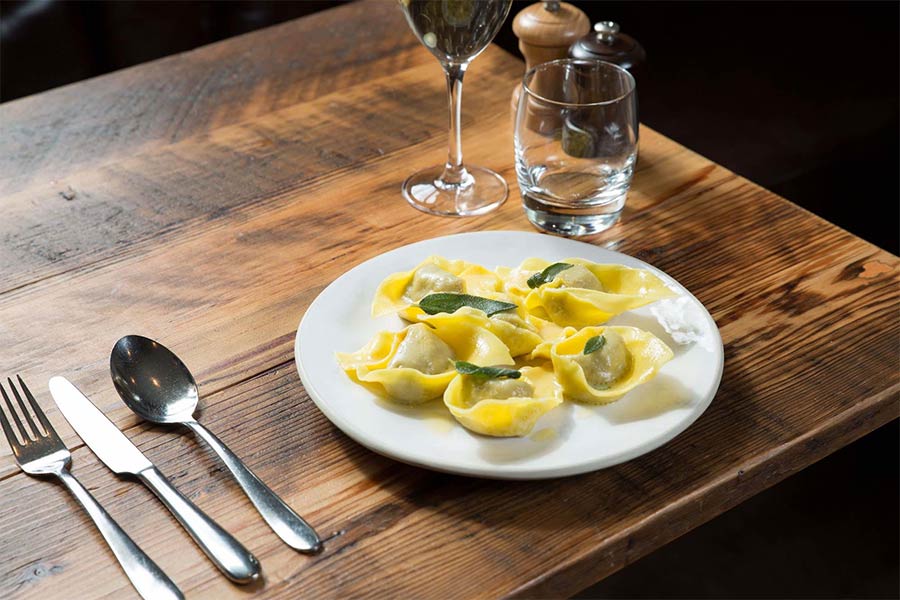 Taking advantage of London’s pasta craze, the owners of Bermondsey's Antico turned it into Flour & Grape, and dedicated nearly the whole menu to pasta – there are only eight pasta dishes on offer and a handful of starters and desserts. If you don't fancy the queues/wait at nearby Padella, then this is a very worthy alternative. 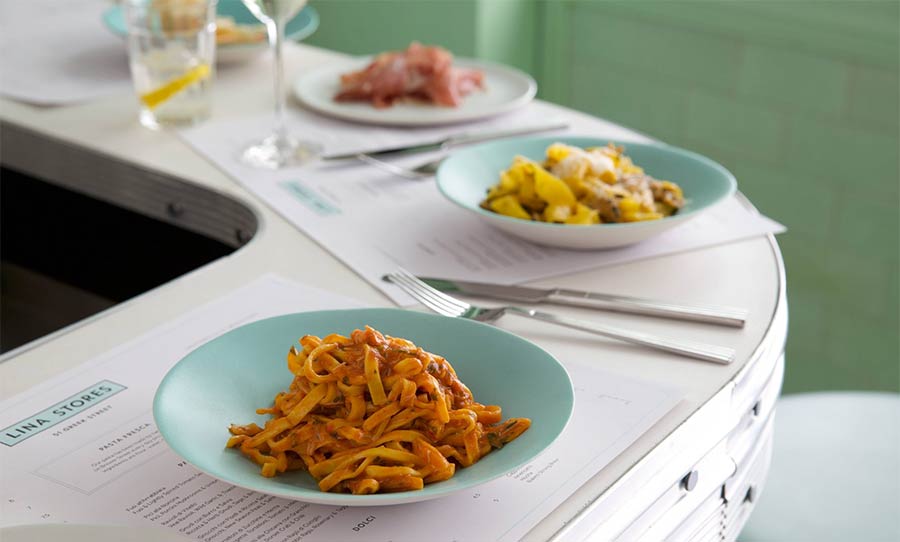 The cherished Soho institution has been making fresh pasta for customers to take home since 1944. The little restaurant which opened in 2017 on Greek Street, not far from the original deli, has a simple menu of freshly made pasta dishes, as well as some classic Italian desserts and cocktails. It's been followed by larger restaurants in King's Cross and The City, with more to come. 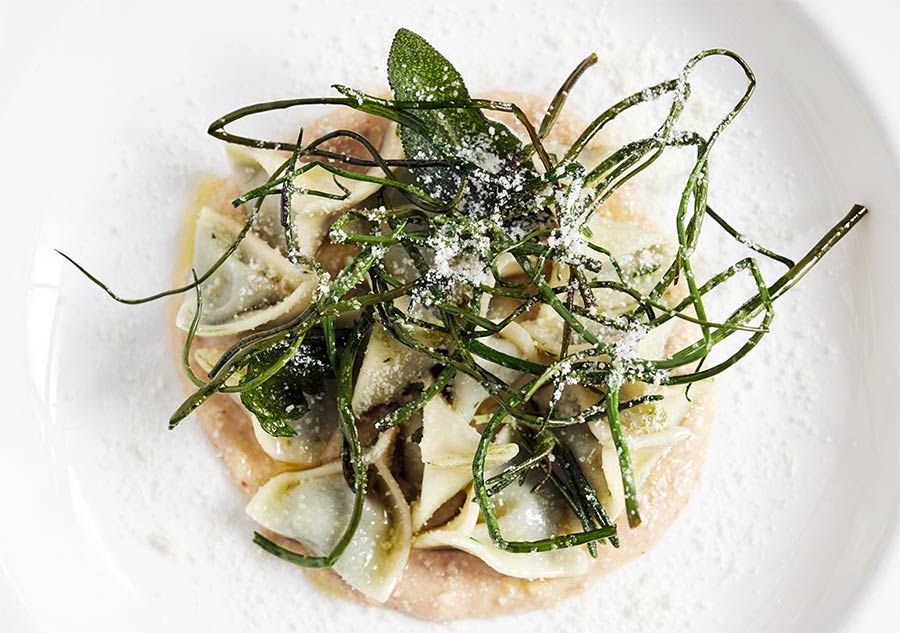 At Giorgio Locatelli’s Michelin-starred spot in Mayfair, the humble pasta dish is taken up a few levels. It’s smart, sophisticated fine-dining so instead of beef or pork, you’re more likely to find lobster and quail with the expertly-made fresh pasta.

Pasta to go for: Regularly changes - at the time of writing, it includes linguine with Cornish lobster, tomato, garlic & sweet chilli 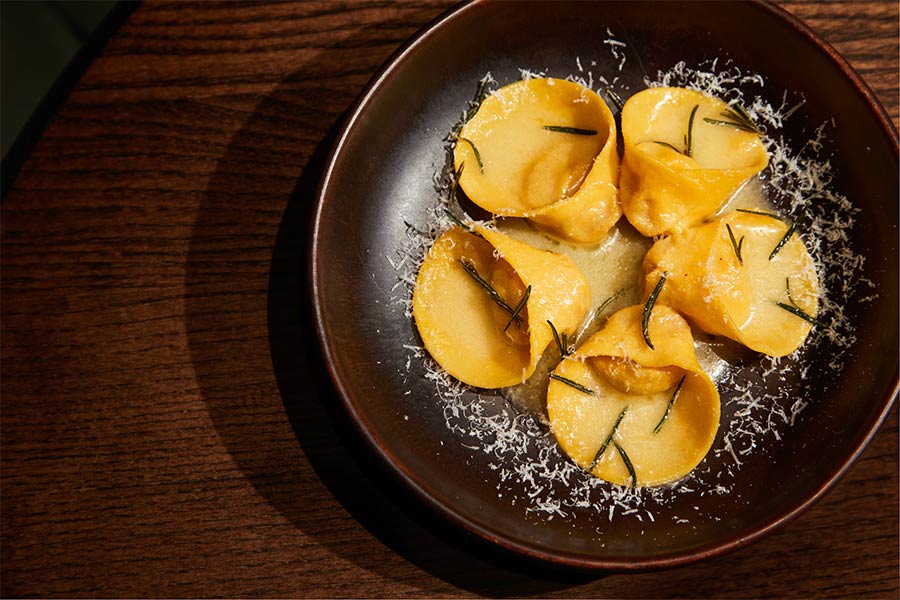 Not many people were expecting The Clove Club team to follow up their debut restaurant with a laid-back Italian joint but we’re glad they did. Italian in style but using British ingredients – they call it ‘Britalian’ – Luca is a very worthy point on London’s pasta map, with seasonally-changing creations made fresh in-house every day. 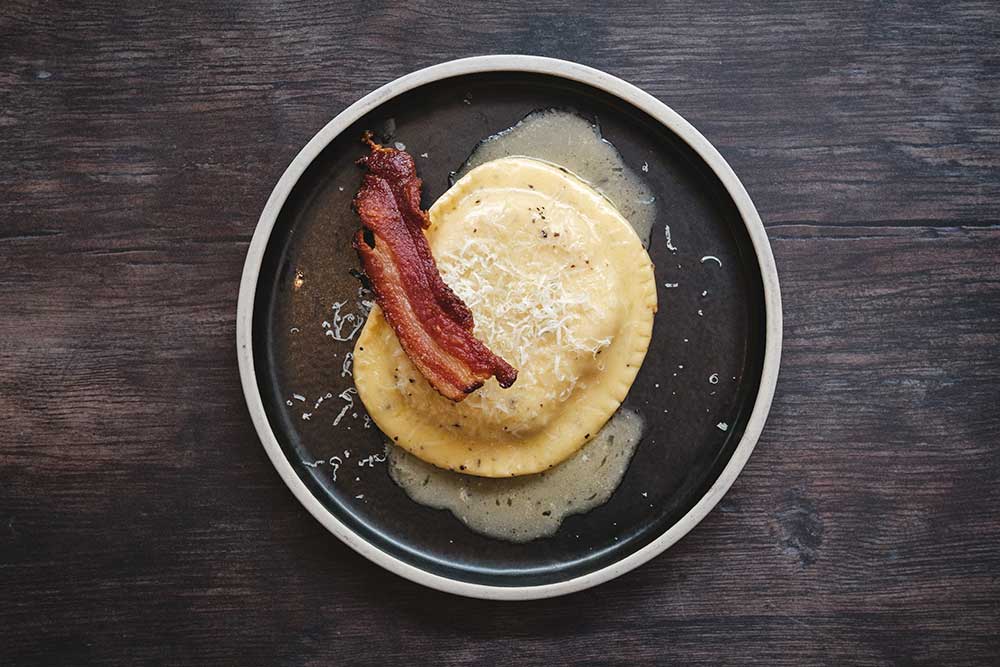 This Old Street pasta spot caught the attention of Marina O Loughlin pretty soon after it opened, who said "there’s serious industry at play here". While pasta is at the centre of the menu, they also make their own freshly baked sourdough and Italian pastries. 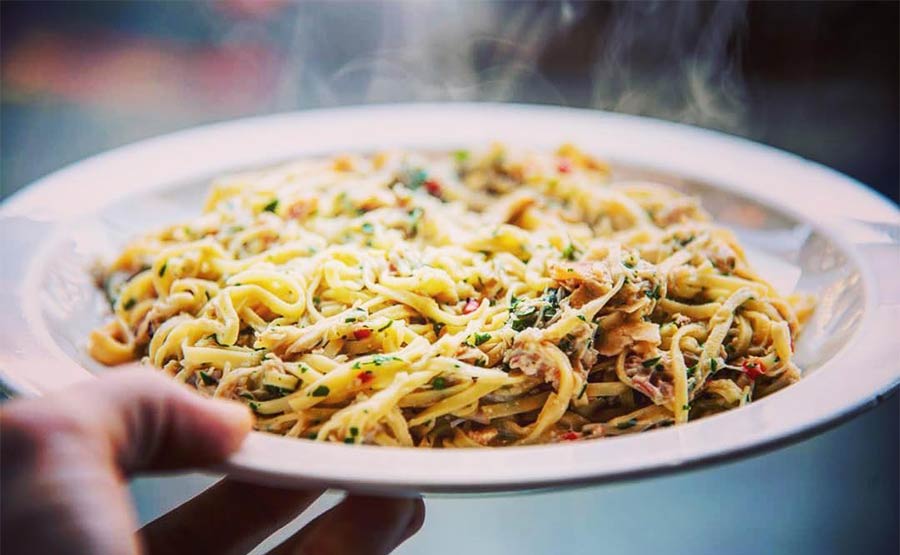 There was only one downside to Padella – the queue that snaked out the door, down the street, and sometimes even around the corner into Borough Market. Thankfully (although there's still a wait) queues are a thing of the past and it's also easier to get a table at the newer Shoreditch restaurant. Everything else about the place is just perfect, from the design to the plates of beautiful fresh pasta, made every day by the team in-house. Service is friendly and fast, the prices are very reasonable.

Pasta to go for: It’s an impossible choice between the pici cacio & pepe and the pappardelle with beef shin ragu - so we’d advise just getting both. 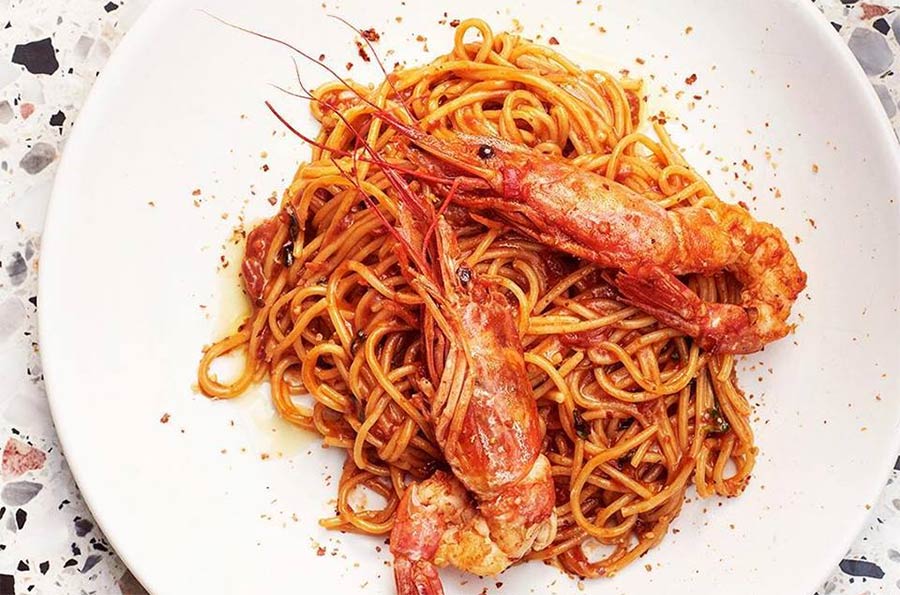 A dedicated pasta restaurant from Stevie Parle, the man behind Rotorino and Palatino, was always going to be a winner. The Tom Dixon-designed space just off Carnaby Street (and another in Westfield) delivers the goods in spades, with a tightly-focused menu of freshly-made pasta dishes. If there’s anything better than a summer evening sat outside here with a glass of wine and a plate of ravioli, we haven’t found it. There's also a separate vegan menu here.

Pasta to go for: The 8-hour beef & porcini bolognese. 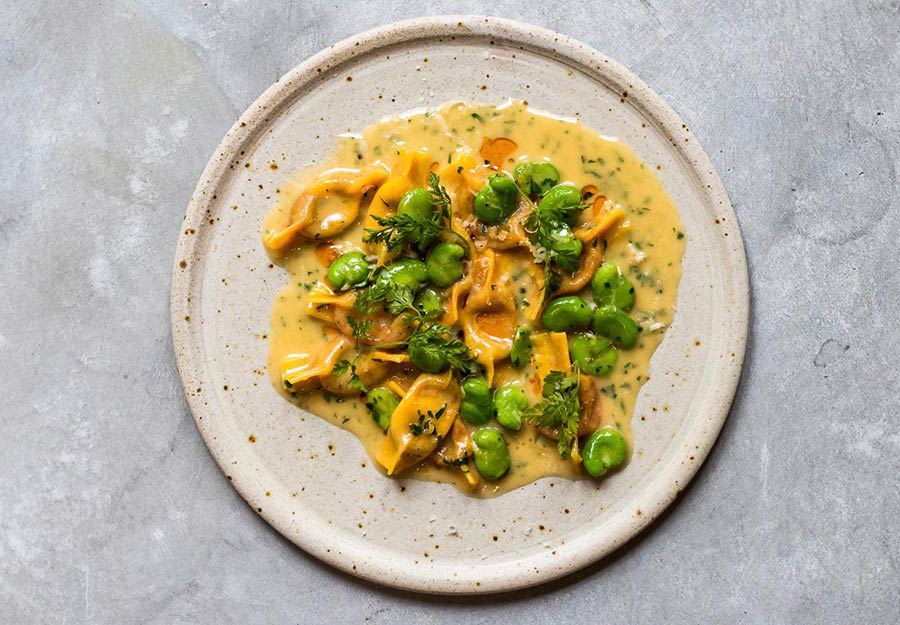 There are many reasons to love Pophams (those maple bacon croissants for one) but they've added another element at their Hackney bakery - some of the best pasta in town. Pophams baker Phil King previously had a pasta supperclub and now he's in Hackney for their evening pasta dishes, which have received nothing but raves.

Pasta to go for: It seasonally changes - at the time of writing, we'd have to say the porcini agnolotti with celeriac, salsify and black trompette. 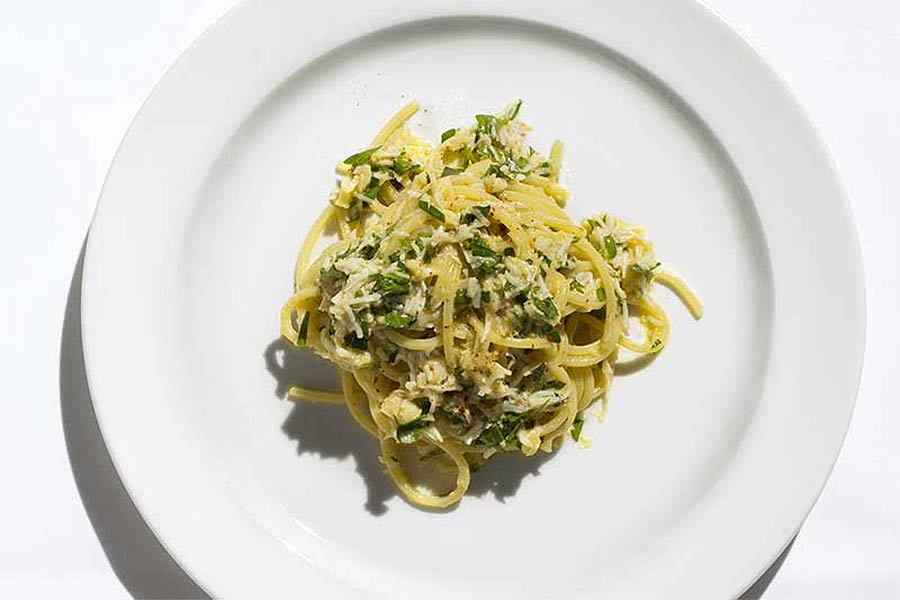 Without the River Cafe, a lot of the other restaurants on this list might not exist. This hugely influential spot by the Thames in Hammersmith has had everyone from Stevie Parle to Jamie Oliver pass through its kitchen and even though it celebrated its 30th-anniversary not so long ago, it remains one of London’s absolute best, for pasta and almost everything else. It’s not cheap though, so it’s even better if someone else is paying.

Pasta to go for: Menus change twice a day at the River Cafe so there are no guarantees, but recently this looked very tempting: Malfatti con Fagiano - hand-cut pasta with pheasant slow-cooked in Bussola Valpolicella Classico, fennel herb & pancetta.

More about The River Cafe 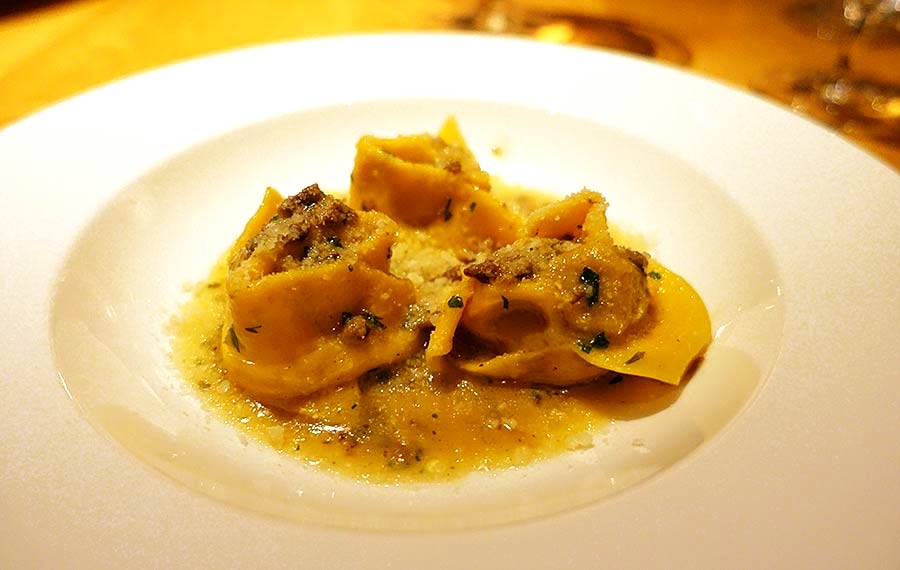 Theo Randall has been running the restaurant at the Intercontinental Park Lane for well over a decade. Before that, he was the head chef of The River Cafe. Theo is in the kitchen for most of the services here - which is something you can't always expect in other big-name chef restaurants. Expect a traditional Italian menu with excellent pasta at this Michelin-starred restaurant.

Pasta to go for: Cappelletti di Vitello - stuffed with slow-cooked veal and pancetta with porcini mushrooms - one of his signature dishes

More about Theo Randall at the Intercontinental 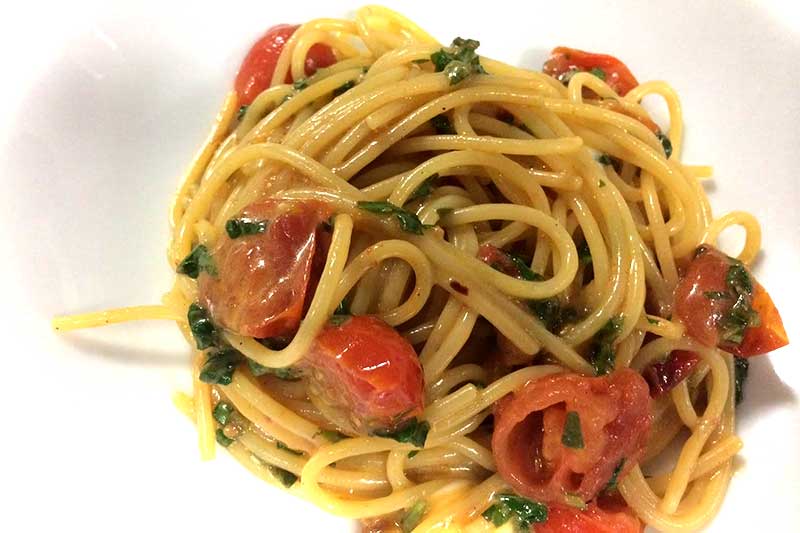 Having been in Soho for 50 years, it’s fair to say Vasco & Piero's has stood the test of time. They were recently forced to move from their original location but are now back in Soho with new digs. They offer a proper old-school feel, and a menu focused on the Umbria region of Italy. The pastas are made in-house daily of course, just as they always have been, and are still amongst the very best in London.

Pasta to go for:  Spaghettini with prawns, chilli and tomatoes