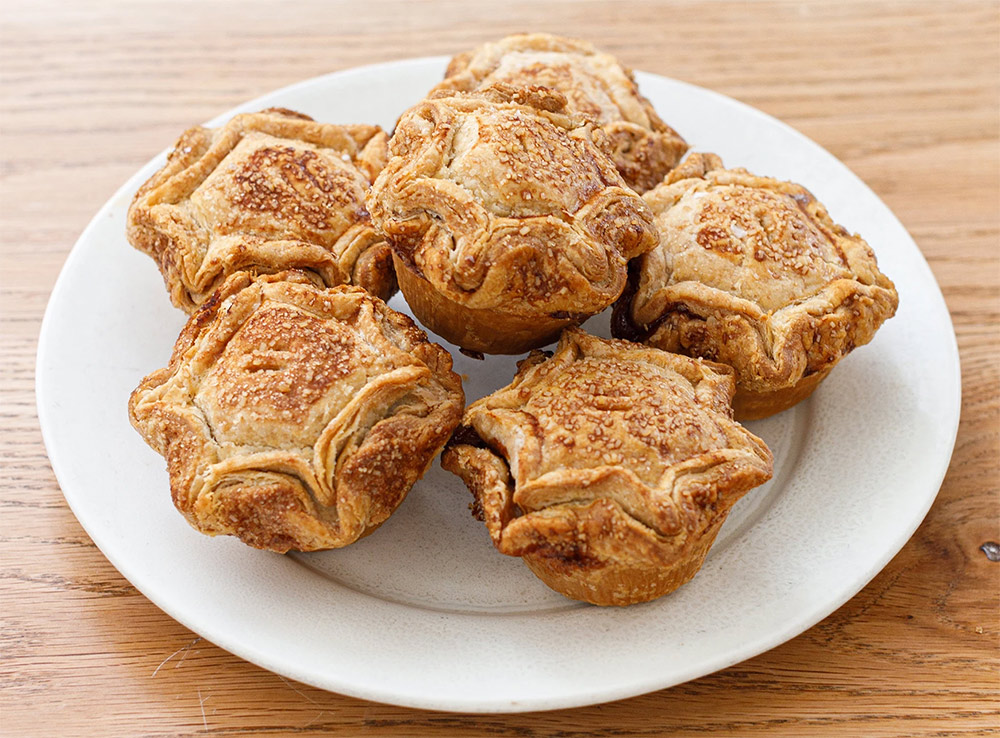 Lyle’s go properly old school with their cult mince pie mix, which is made from aged minced beef from retired Jersey dairy cow, and homemade pastry. If that's a little too mediaeval or meaty for you they also do a “quincemeat” filling of quince and dried fruit. Have it in their restaurant, or order a mince pie kit from their online Provisions store.⠀ 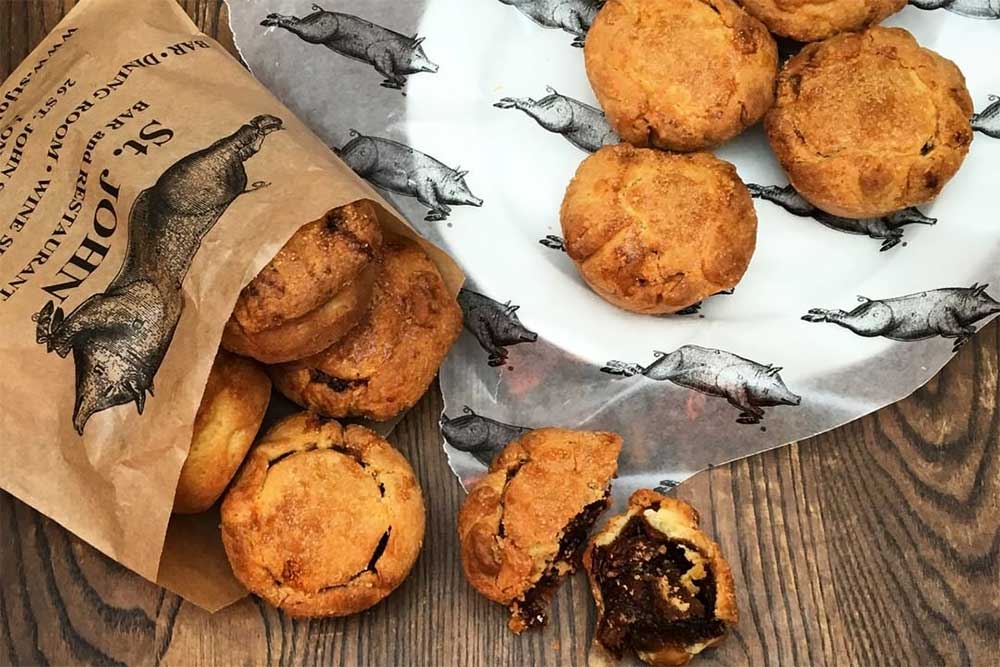 Where: Smithfield, Spitalfields and Borough

Of course St John do a cracking mince pie with a nice crisp pastry and a decent level of booziness in the mincemeat. As they admit, "It is for good reason that these plump beauties boast such a loyal crowd of enthusiasts" Fergus has his with a little glass of Madeira. 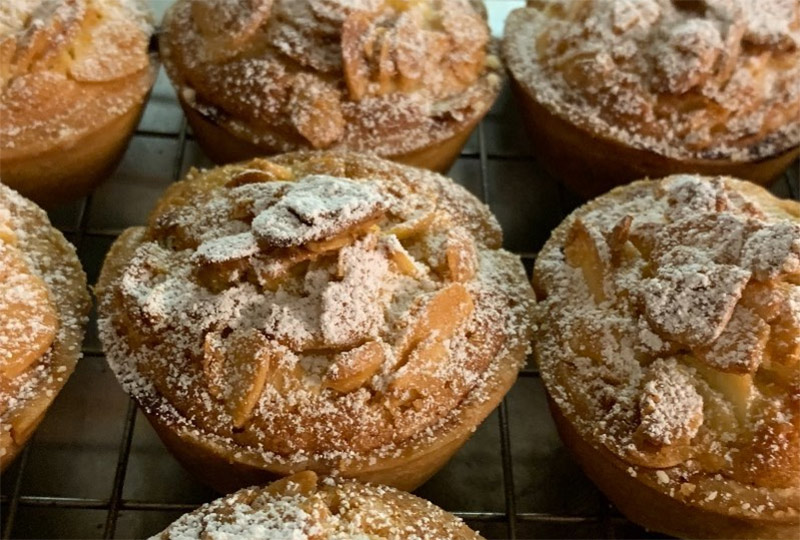 The mince pies at Quality Chop's shop feature a sweet pastry case with mincemeat and frangipane and is topped with brandied almonds to stand out from the crowd. They're available as part of their festive hampers or just to pick up in the shop itself. 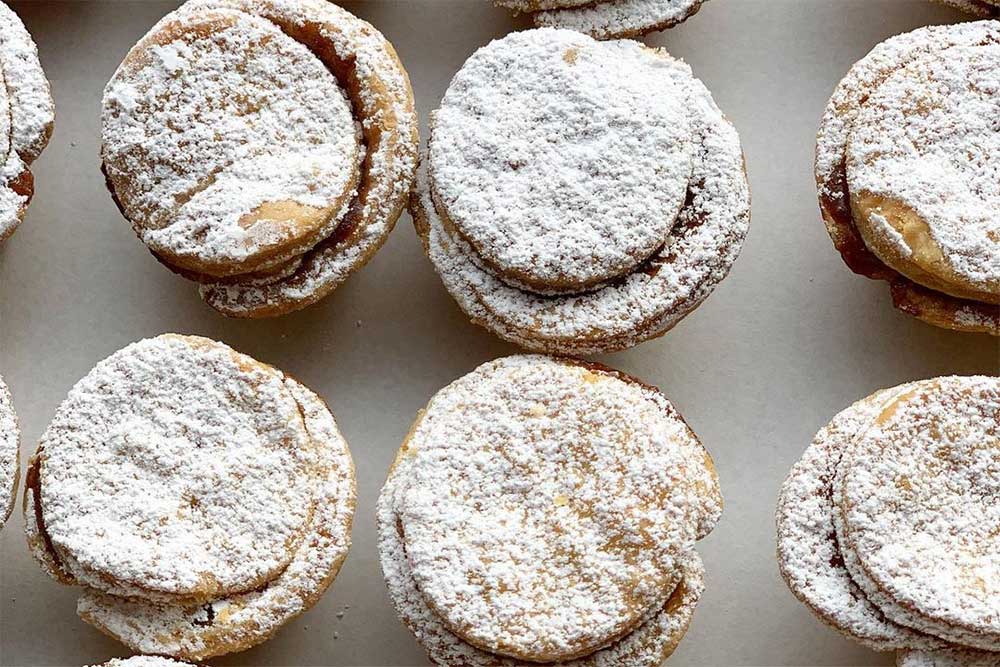 Royal wedding cake baker Claire Ptak is selling mince pies from her bakery and you can also order them if you have the Natoora app. They're made with English apples, brandy-plumped sultanas and currants and raisins stewed with candied citrus peel and winter spices before being baked into a buttery sweet pastry. 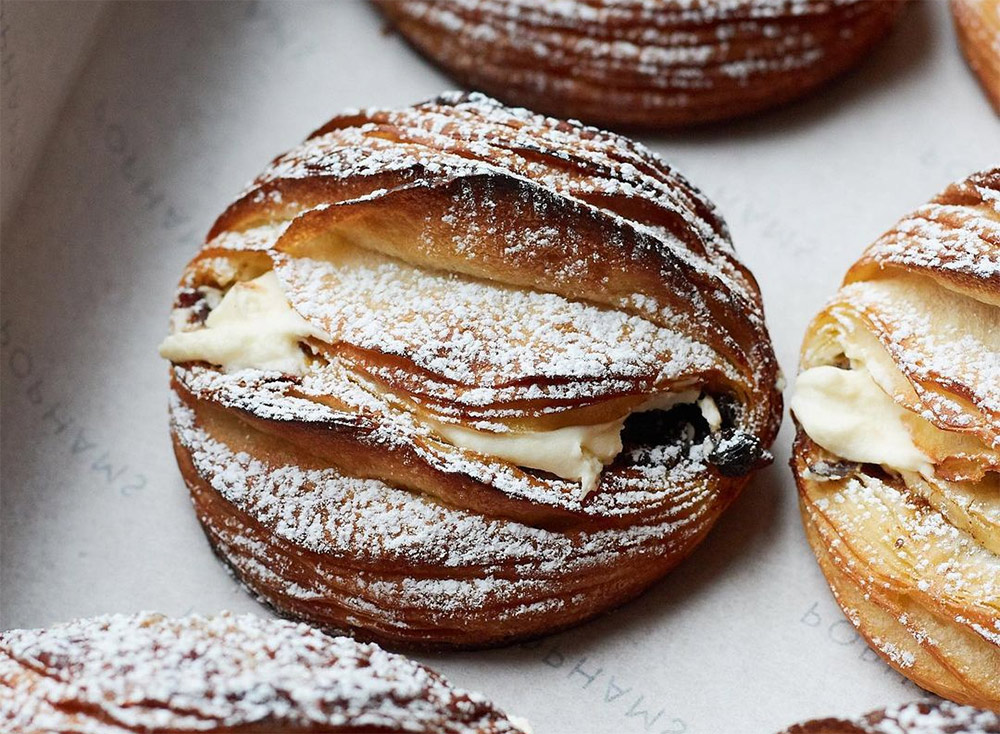 Where: Islington and Hackney

OK, so it's not a mince pie per se, but London bakery Pophams have, this year, teamed up with The Kings Ginger liqueur for their mince pie croissants. They've marinated their mincemeat in it for two months and whipped some of the liqueur with clotted cream which is then piped inside. Available for pre-order on their site or just pop into their Hackney or Islington branches. 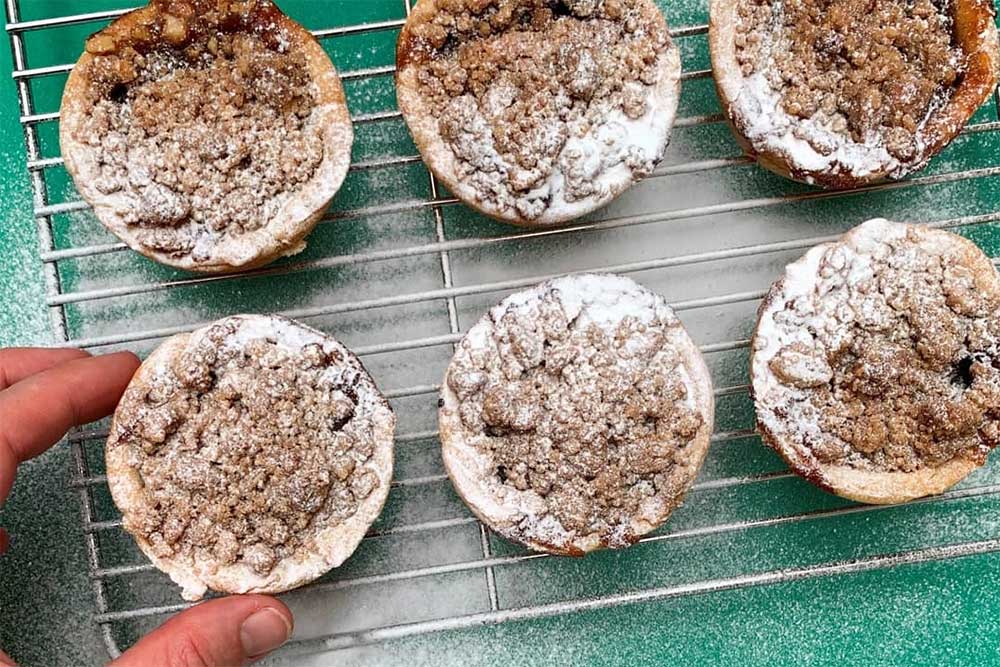 Homelessness charity The Connection at St Martin's now has a social enterprise Poster Bakes whose Head Chef and St John Bread & Wine alumni, Megan Coker has created some very enticing sounding mince pies for mail order. Her kits make 12-15 mince pies, topped with either Almond Frangipane and Walnut Streusel. Better still, for each box ordered they'll be able to give a hot meal and a mince pie to someone they've helped off the streets this Christmas. 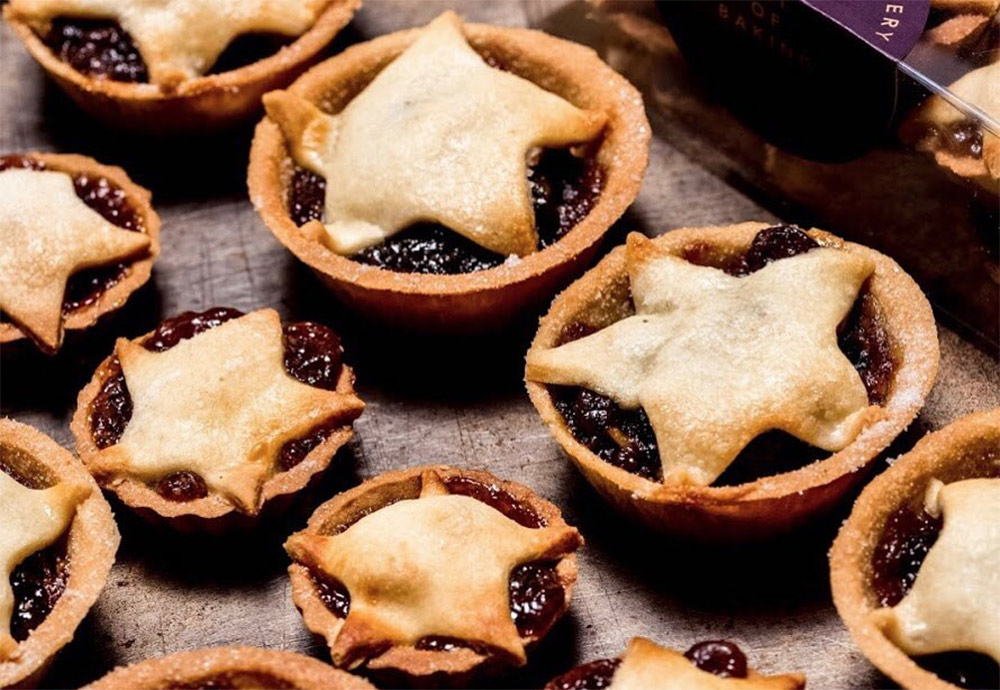 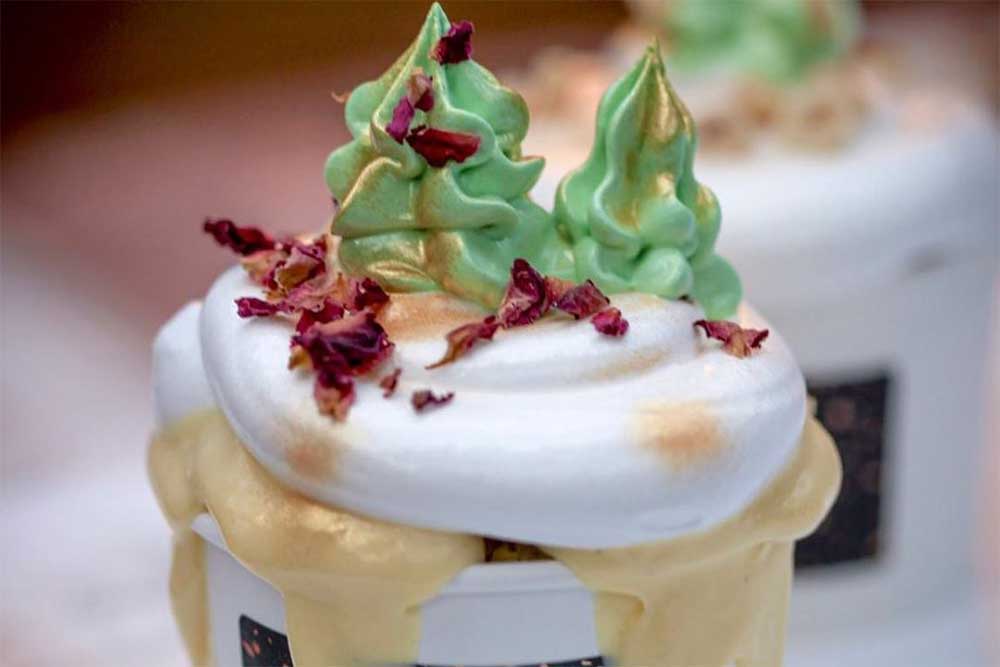 Humble Crumble are selling apple and brandy mince pie with gingerbread crumble from their stalls at Spitalfields and Borough Markets.

Primrose Bakery have a range of festive cupcakes which includes mince pie flavour.