If Christmas for you means enjoying the key components of a Christmas dinner in a bun, then our roundup of London's best Christmas burgers is a list you're going to want to work your way through. 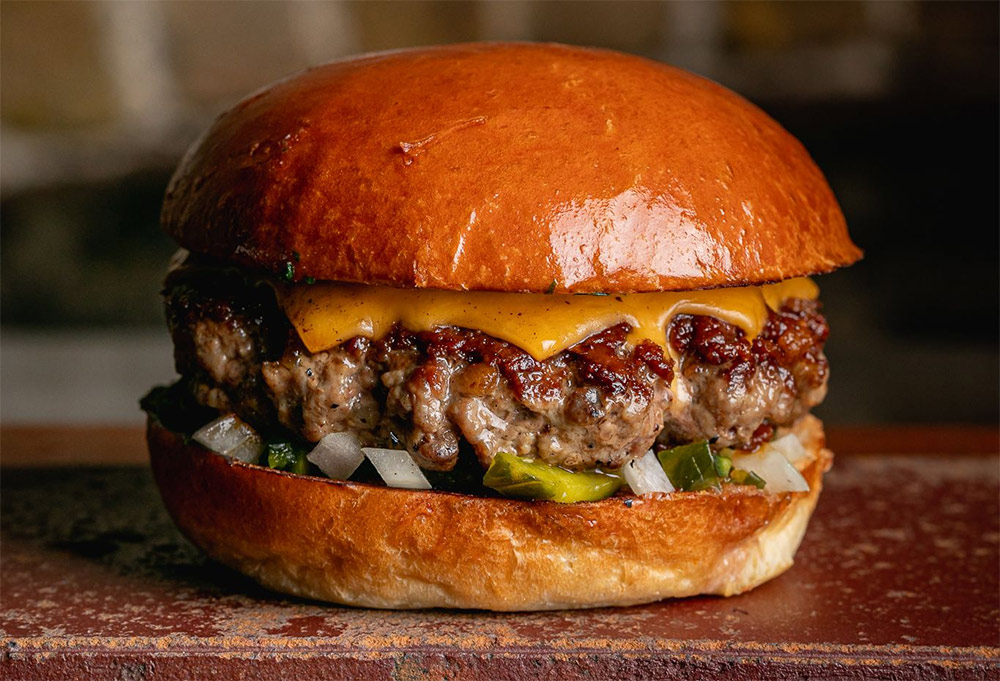 At Burger & Beyond and Flat Iron restaurants.

Two titans are joining forces for Christmas as Burger and Beyond and Flat Iron team up for this special burger. It's a 6oz Wagyu beef patty (sourced from farmer Charles Ashbridge, like all of Flat Iron’s beef) topped with two slices of melted American cheese, Burger & Beyond’s pickled relish of diced jalapeños and cucumber, raw onions and finished with Flat Iron’s bone marrow butter. Better still, £1 from every burger sold will be donated to The Felix Project.

More about Burger & Beyond and Flat Iron 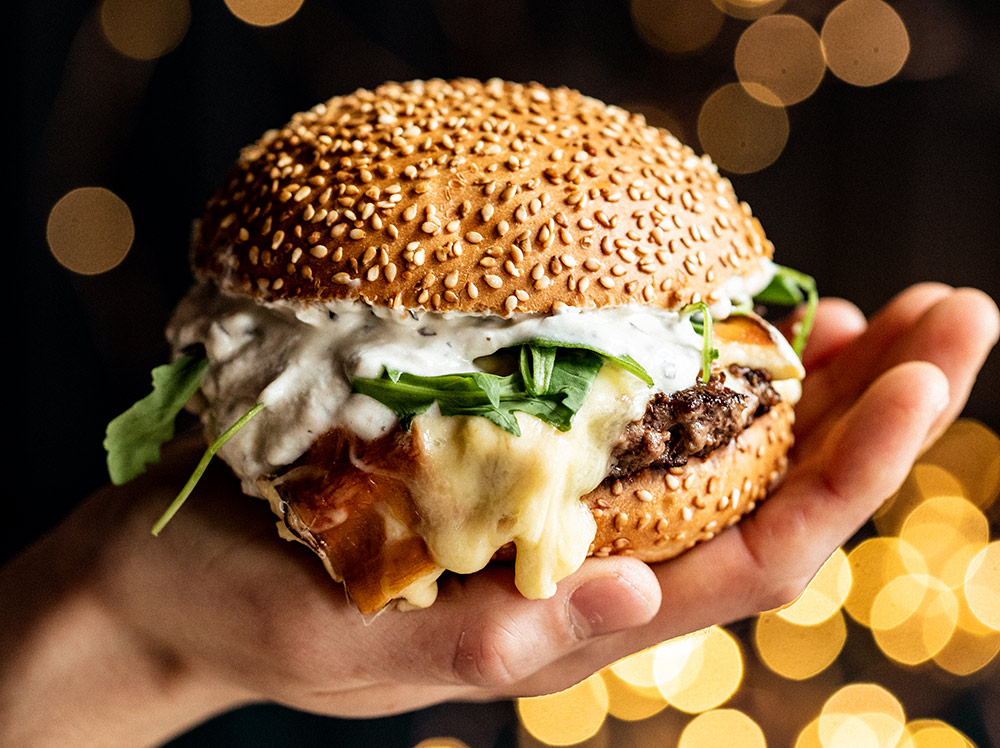 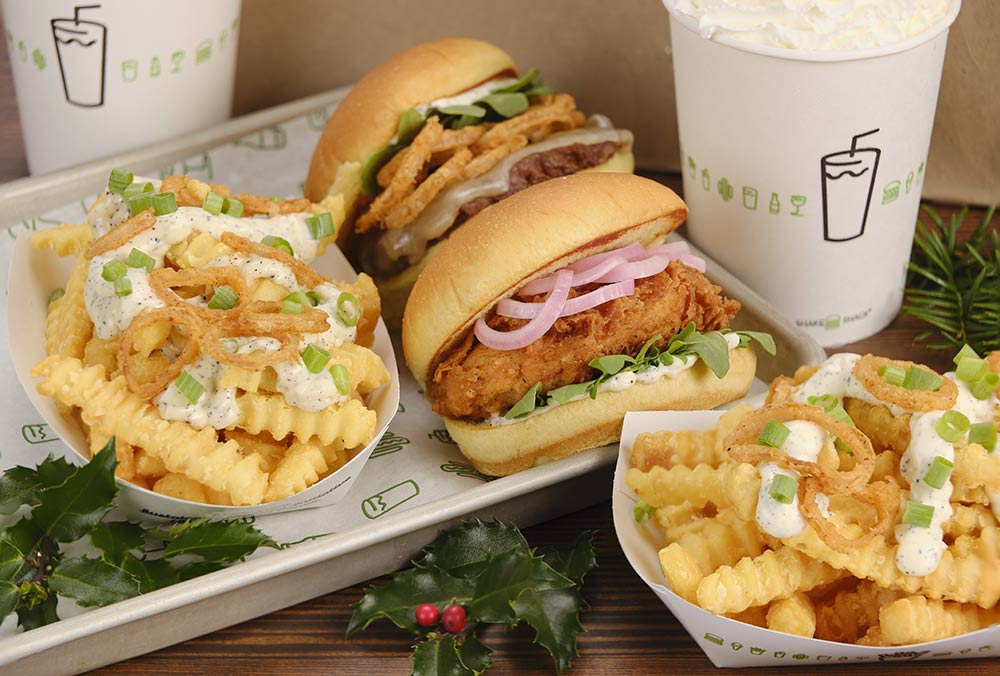 For the third year running, the festive menu at Shake Shack is all about truffle. The Black Truffle Burger is a Swiss cheeseburger topped with crispy shallots, rocket and their black truffle mayo (all in one of their amazing potato buns). They also have a chicken version and truffle fries too. We've tried this one ourselves and can definitely recommend. Only available at restaurants (not the delivery kitchens).

When: Now until January 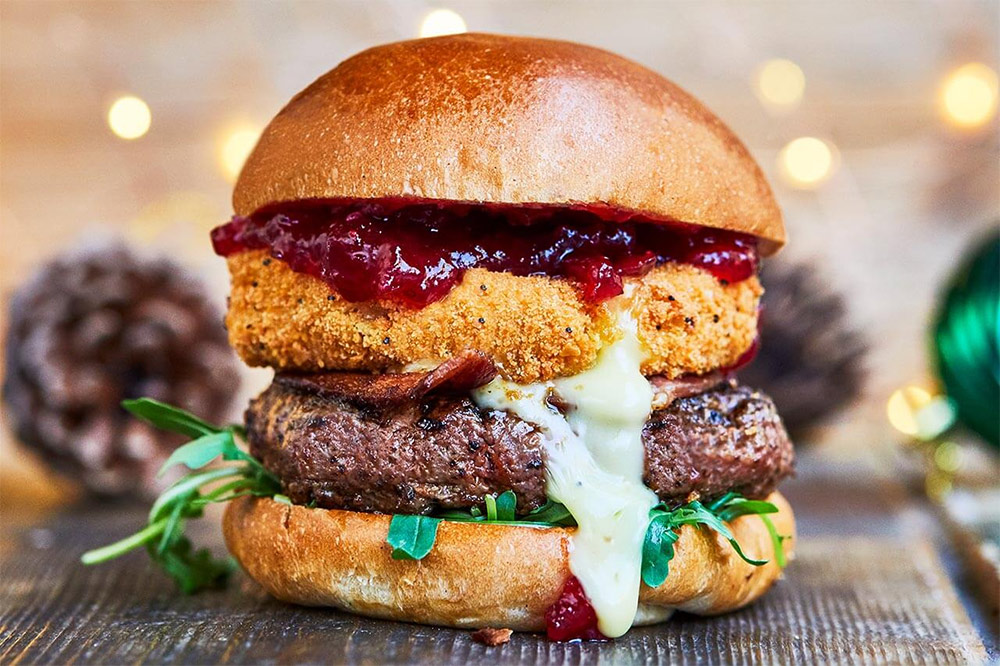 The Christmas burger at Honest Burgers

When: Now until end December 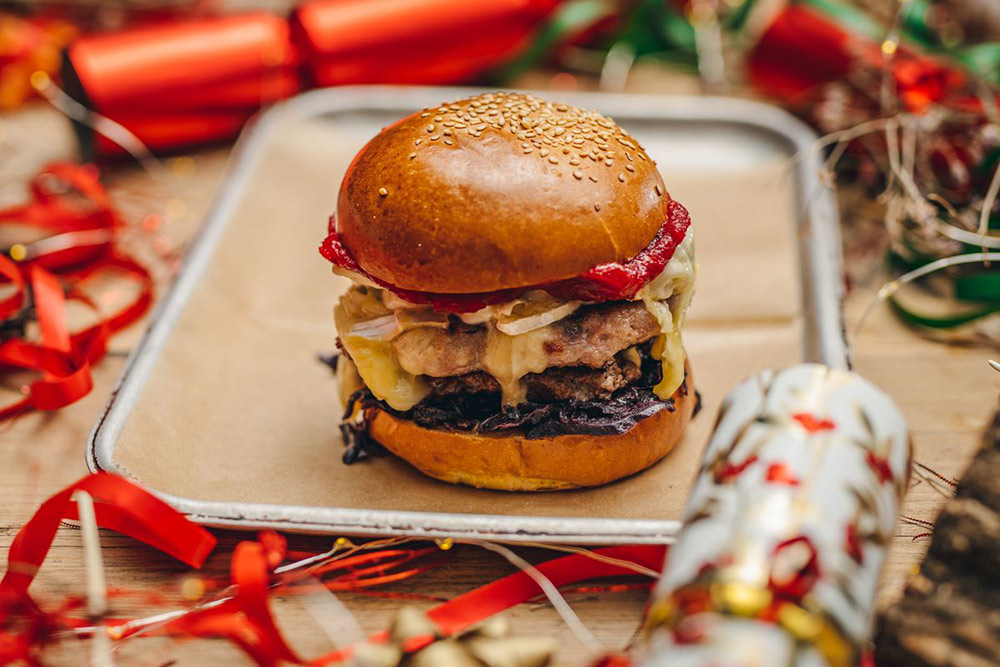 Mac & Wild have created a festive version of their burger delivery kit, which combines pork stuffing, venison patty, melted brie, red cabbage and creamy sprout tops. They also do a full dinner version of the kit if you need more than burgers. 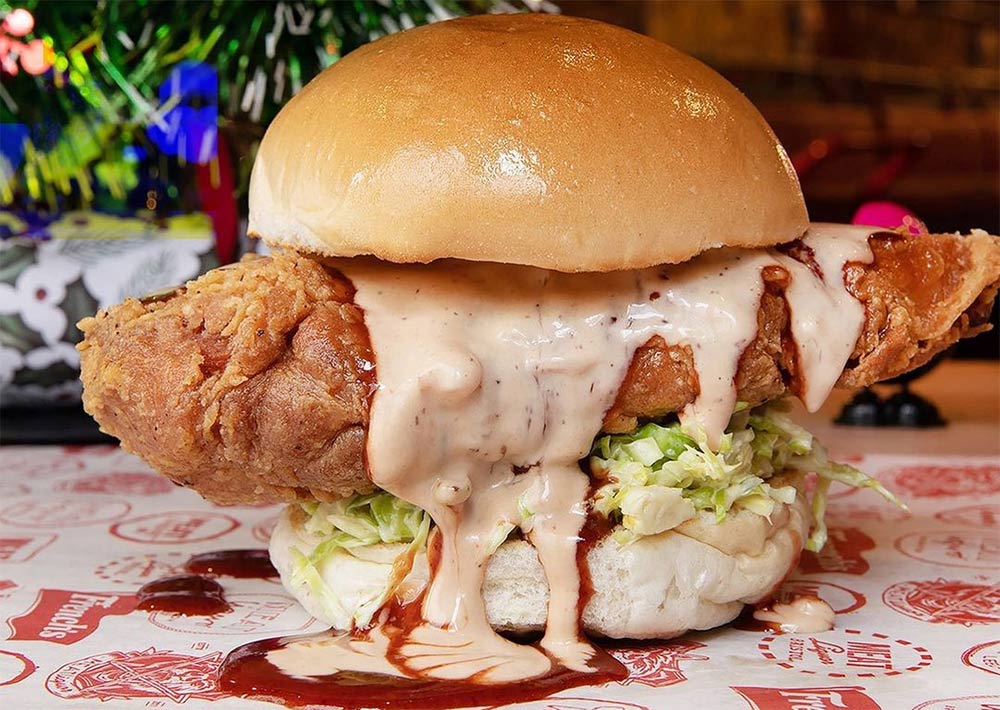 This year's Christmas burger at MEATliquor is made of fried turkey, brussel sprout slaw, cranberry hot sauce & red-eye mayo (the latter based on Momokuku's mayo). Look out for more Xmas specials from them too. 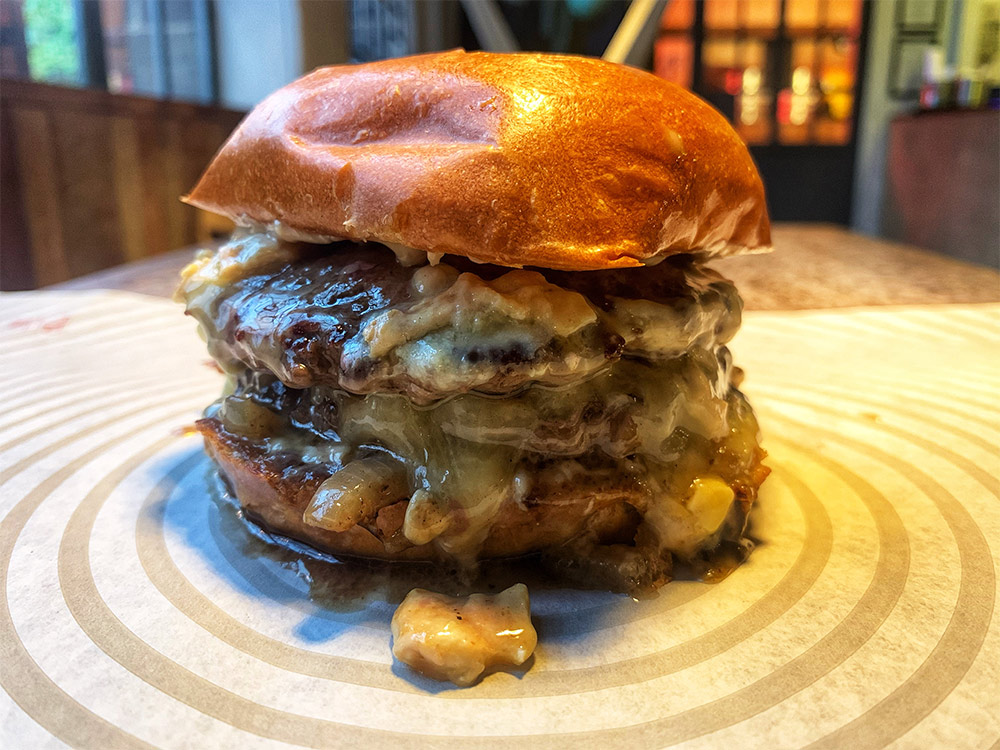 Patty & Bun's festive contribution is comprised of two Beef Patties, Baronet Cheese, Gruyere Cheese, Shallot Mayo, Onion - all in their Brioche bun. Available in all their stores (and from Deliveroo). 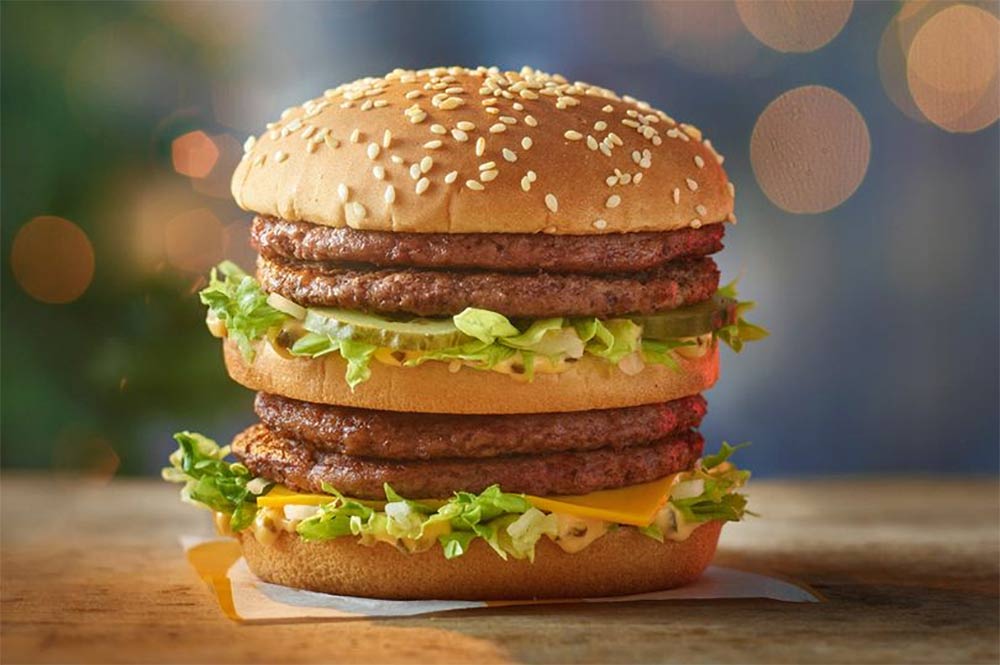 The Double Big Mac at McDonald's

This year's McDonald's Christmas burger may not be very festive - but it's certainly big. Essentially, they've doubled up the Big Mac so that it's four patties instead of two. But if you want something a tad more Chrtsmassy, they have a Celebrations McFlurry available too.

More about the Double Big Mac 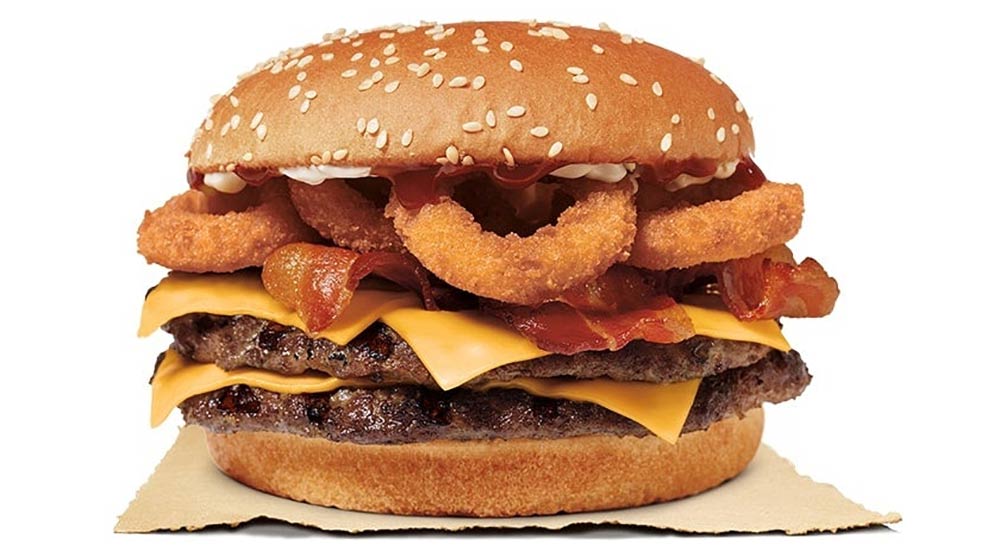 Another burger that makes us wonder just what exactly is festive about it, Burger King has the Festive BBQ King as a Deliveroo exclusive. It has two flame-grilled beef patties topped with two slices of American cheese, smokey BBQ sauce, smoked bacon, mayo and 5 golden onion rings. Ah, OK we get it now.

Find a Burger King on Deliveroo 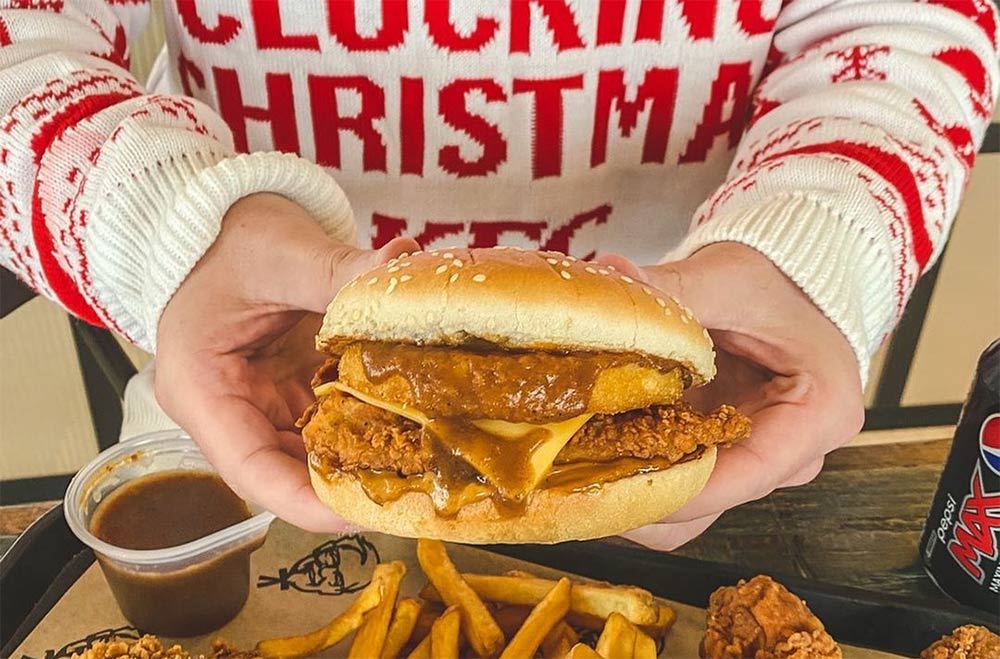 KFC knows what makes a Christmas burger or sandwich special - it's all about the gravy. This has what they call the world’s first Hash Brown Gravy Boat,  designed with a special well to hold the gravy. And there's even more gravy on the side. And yes, you can buy the jumper too. They're onto a winner with this one.

More about the KFC gravy burger