Data analyst turned blogger Rollin Lee used the pandemic to pivot from travel to food content and now attracts tens of thousands of views on Tik Tok where he guides enthusiastic foodies to everything from what to buy in Korean supermarkets to the best pho in London. The Korean American has now put together a list of his favourite Korean restaurants in London for Hot Dinners. 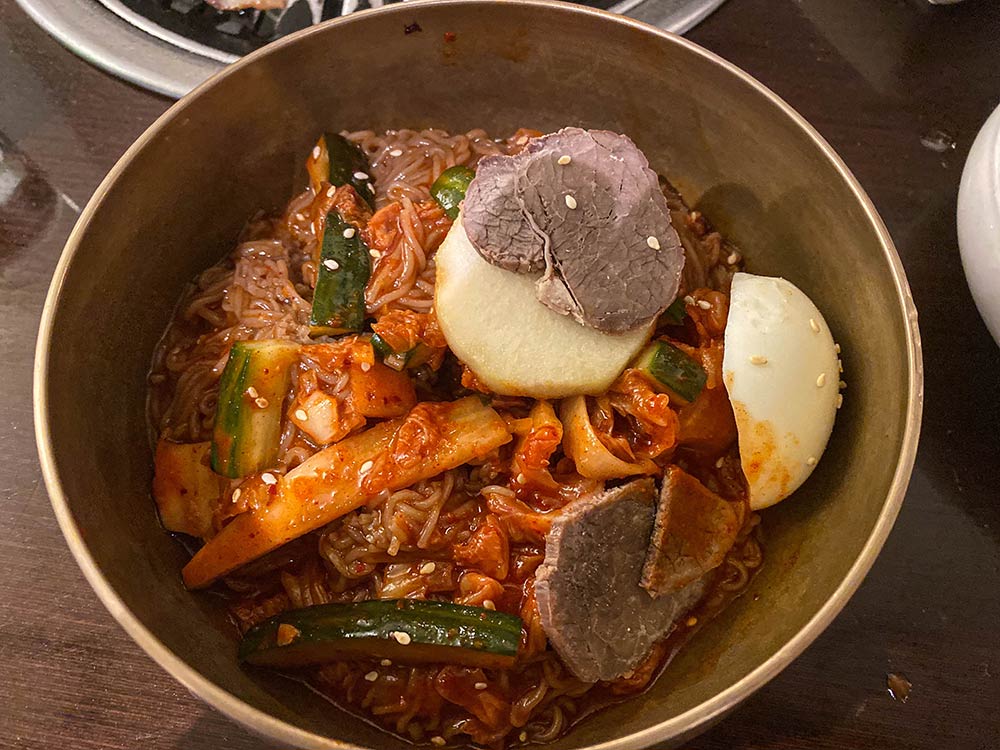 If you go to any big city around the world, you will always find a Korean restaurant called Arirang (Arirang is the most well known Korean folk song). Arirang was London’s very first Korean restaurant and opened in 1975. There are many Korean staples but this place is famous for its Samgyetang (Ginseng Chicken Soup). Folklore says this soup gives you stamina. 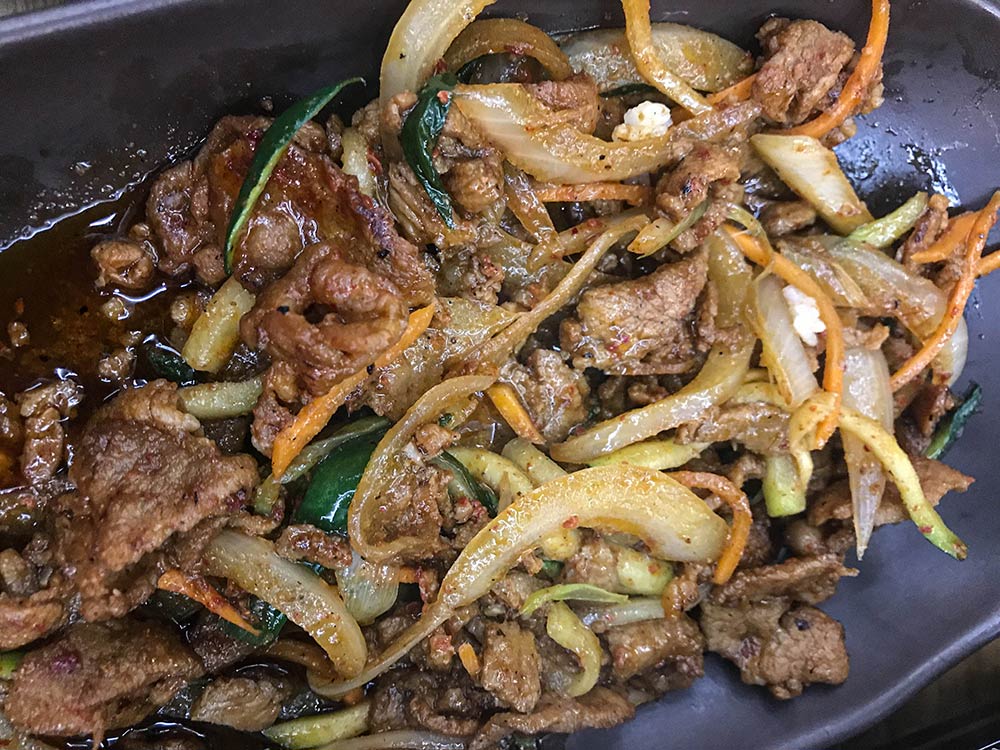 Assa is a Korean restaurant in the heart of Soho that specialises in Korean hot pot. The most popular hot pot is army stew (a spicy stew made with spam, sausage, canned beans, instant noodles) and is perfect when it is rainy and cold. Assa is always busy so don’t be surprised if there is a line outside. 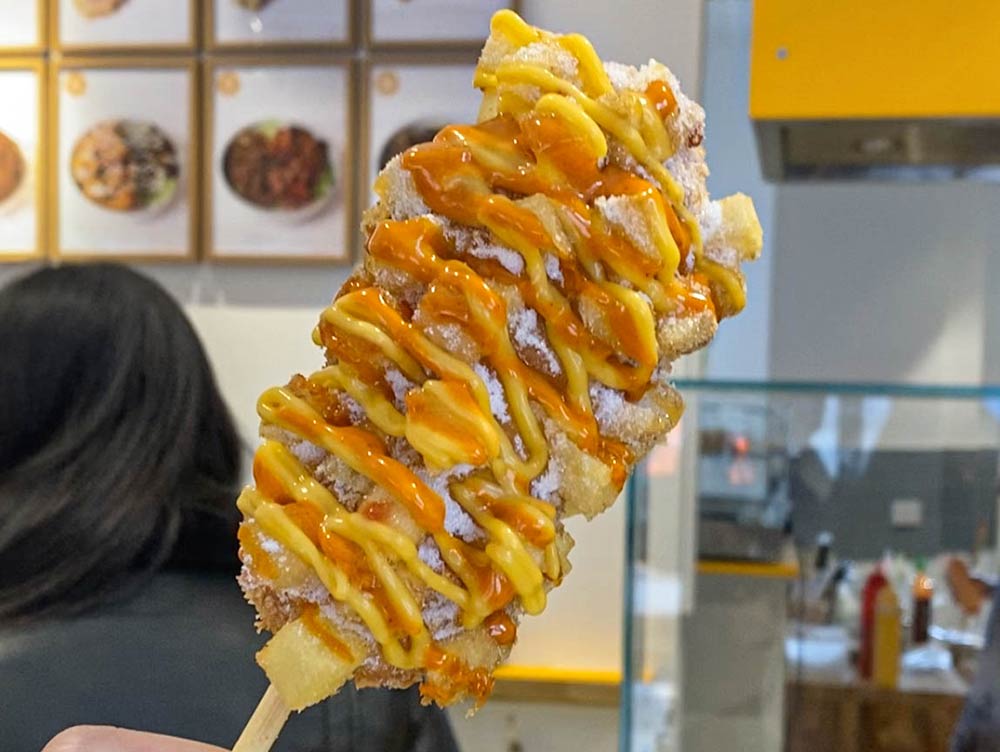 Bunsik is the trendiest Korean restaurant in London right now. The popular Korean street foods on offer range from Tteokboki and kimbap to Korean corndogs. On their opening weekend, they sold over 5,000 Korean corn dogs! The dogs can be served plain or with a variety of toppings. 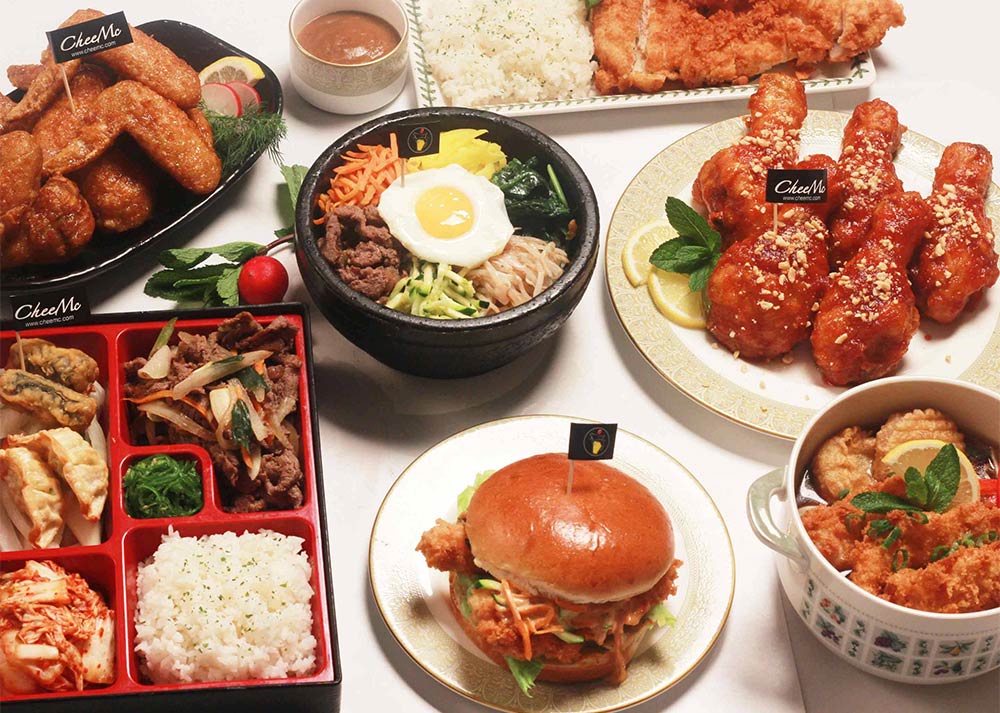 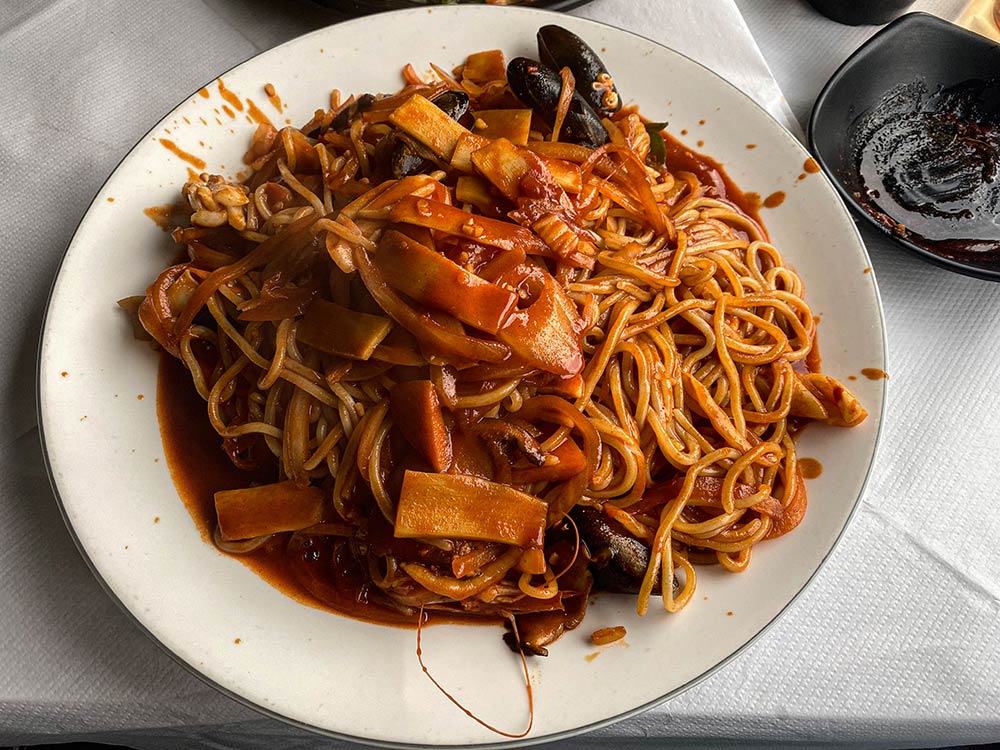 Genghis Khan is the only Korean-Chinese restaurant in London. They specialise in Jjajangmyeon (Black Bean Sauce Noodles) and Jjampong (Spicy Seafood Noodle Soup). Both dishes make me feel like I'm back in Korea. The portions are large enough to share and at lunchtime there is a set menu which is great value. 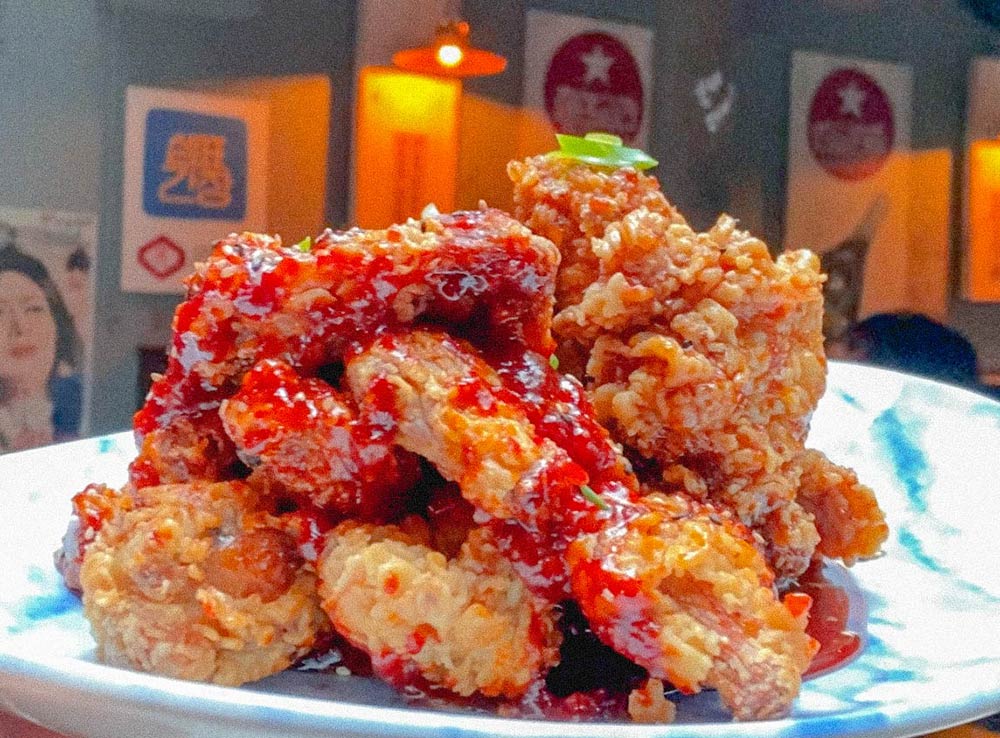 With its 70s retro vibe, Hongdae Pocha feels like you are in an old Korean pub back in Seoul. This is a pub it's all about the anju (which means food consumed with drinks). From authentic pig intestine hot pot to everybody’s favourite Korean fried chicken, Hongdae Pocha serve classic pocha (pub) dishes. 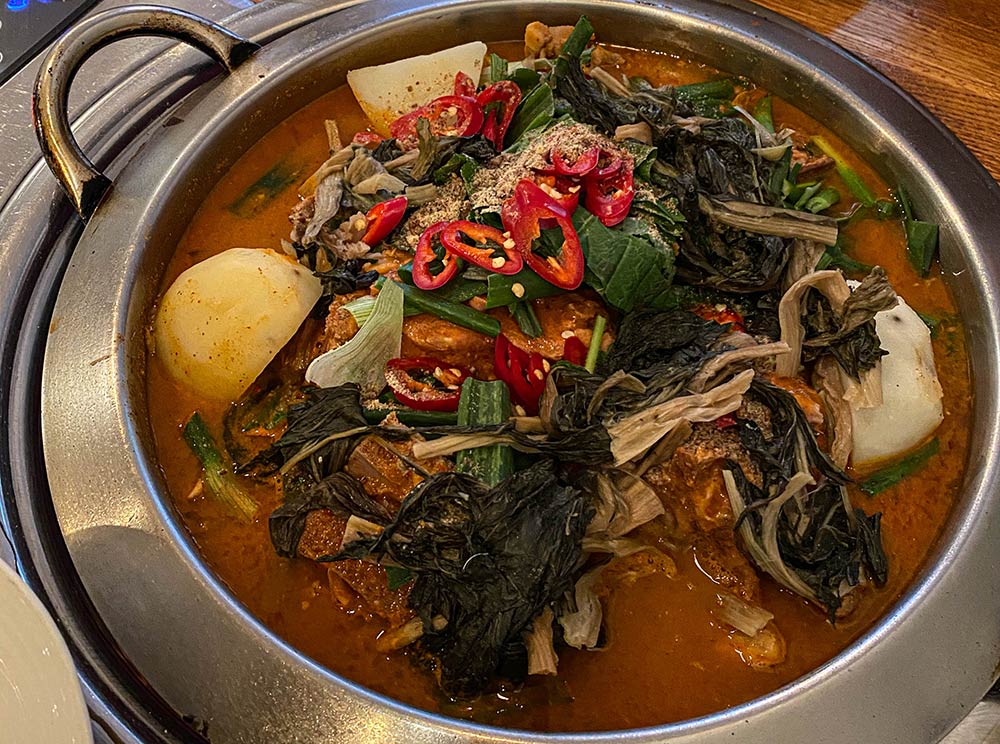 This tiny and unpretentious Korean restaurant is popular among foreign students from Korea. It’s a hidden gem and most Londoners probably don’t know about it. Everyone who finds their way here will order Gamjatang - a pork backbone spicy stew which is both warming and tasty. 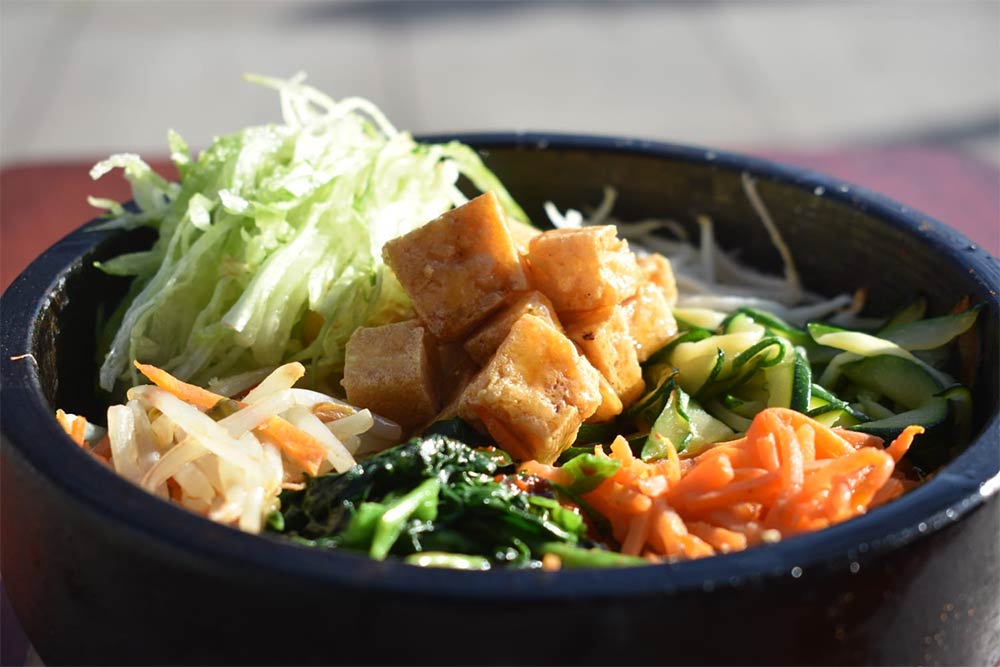 Korean BBQ & Vegan is the only full halal HMC certified Korean restaurant in London. They also have a big list of vegan dishes from vegan kimchi to vegan bibimbap. They have a restaurant in Bethnal Green and building on the popularity from that, they just opened a second branch in Barbican. 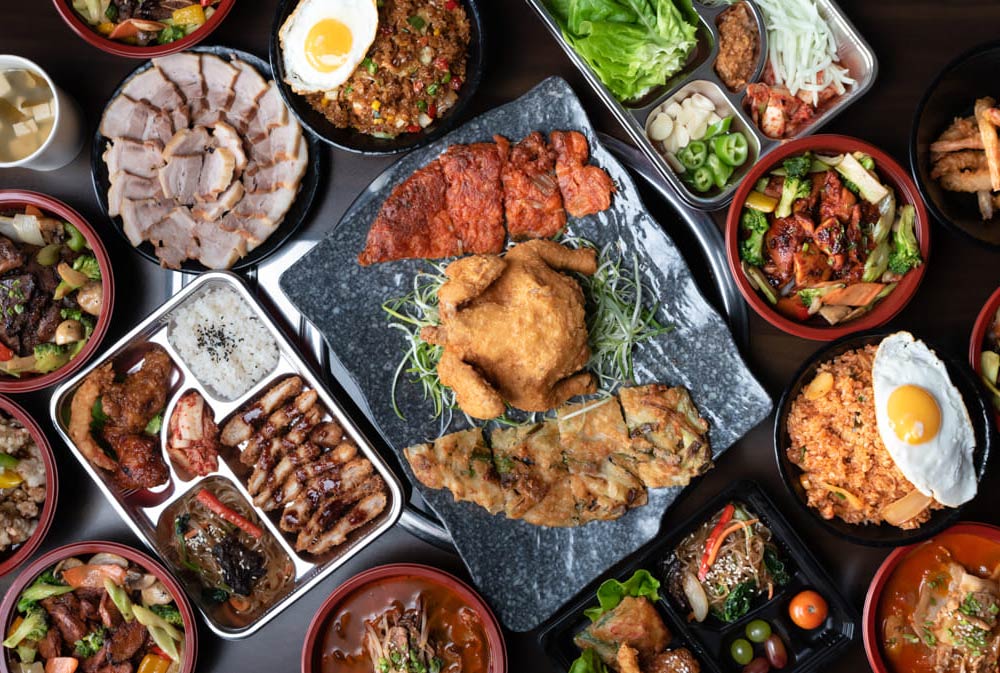 Ktown BBQ is THE place to go. In Korea, If you go to a Korean BBQ restaurant, you get all the side dishes for free and constant refills. in the UK., there's usually a charge for every single dish which diminishes the whole experience of Korean BBQ. You don’t have to worry about that at Ktown BBQ. Ktown BBQ is an all-you-can eat buffet with all you can eat side dishes. There's no need to worry about having too much spring onion, kimchi salad or garlic. It's great value, so go hungry! 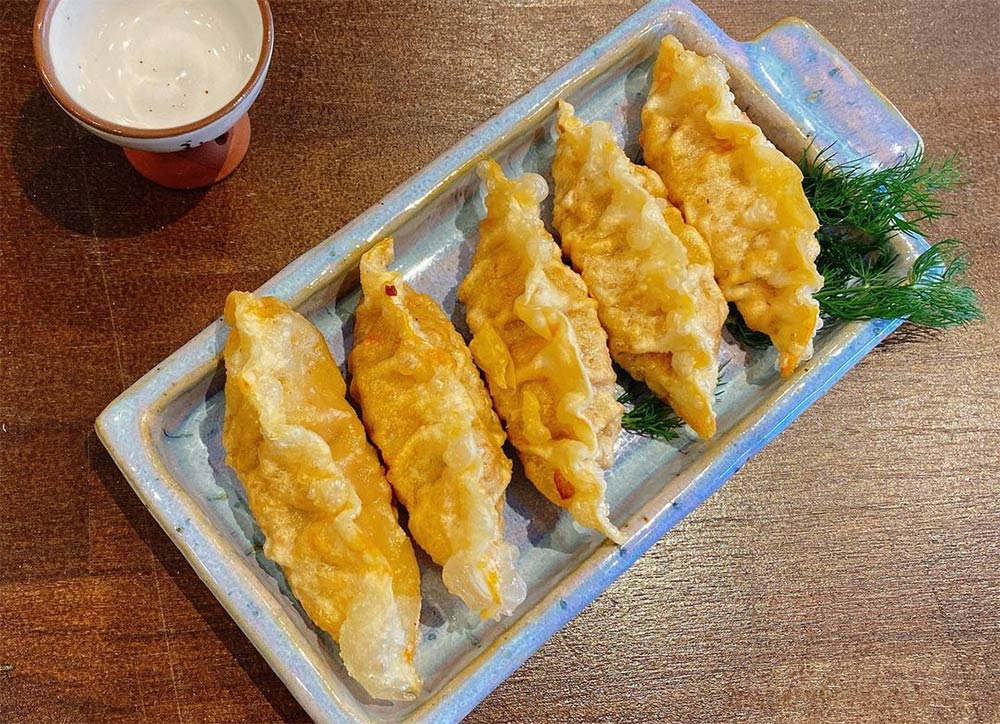 Ogam is a Korean cocktail bar managed by an award-winning mixologist. When you go, you must try their Makgeolli, a milky sparkling rice wine that bartender Kim locally produces at his brewery in Finsbury. The tapas dishes of Korean food are all amazing. For spice lovers, Spicy Chicken Level 5 is going to make you sweat! The Soju (Korean spirit) served up here is very special - it's the only place in London you can get Lee Gang Ju soju. 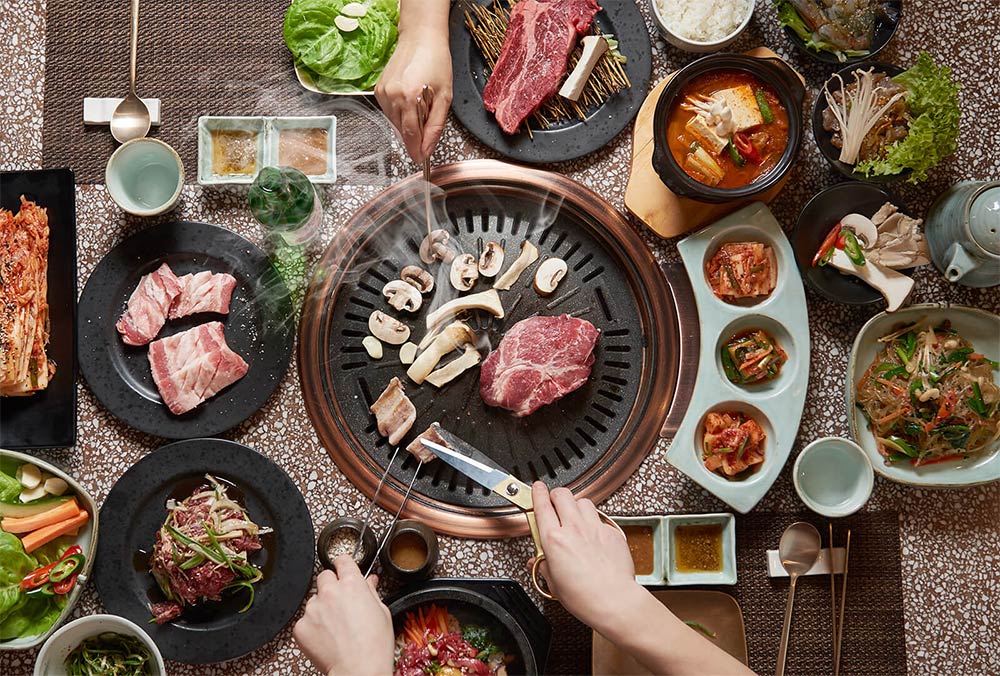 Olle is a Korean barbecue restaurant with a high end feel and is more expensive than regular Korean BBQ. However, exceptional quality meat has made this a favourite of Tottenham Hotspur's Son Heng Min and BTS had their BBQ here on their last trip to London. Try the Wagyu beef and order Yuk Hwae (Korean beef tartare). 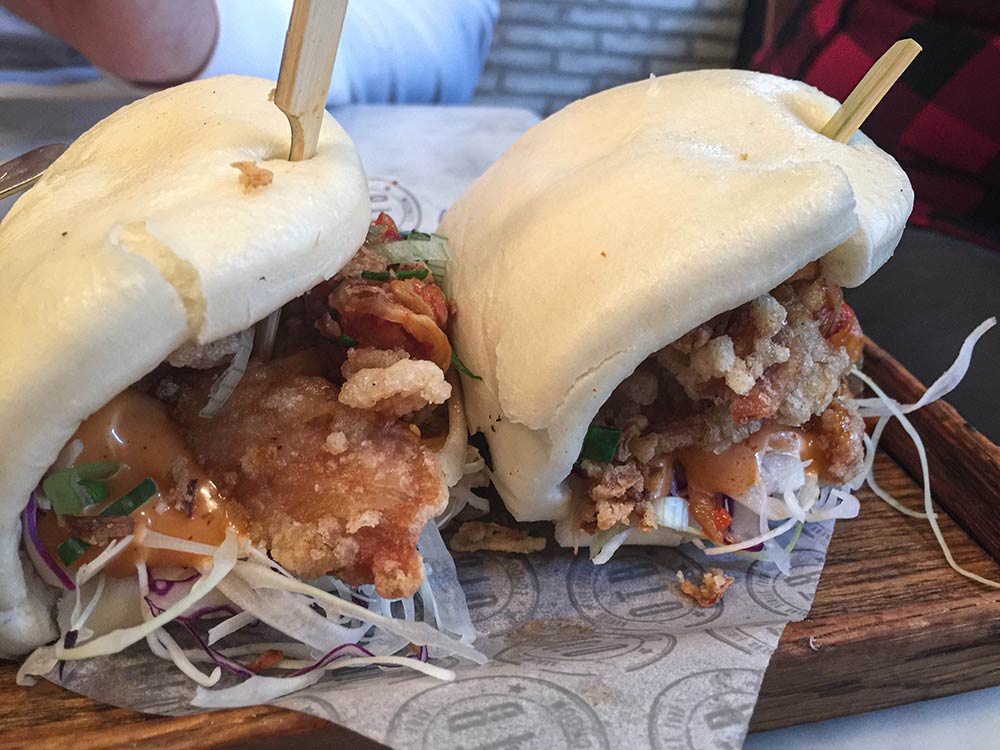 On the Bab is a small but stylish Korean restaurant that serves fried chicken and Korean street food style dishes like beef buns. The fried chicken is the most popular item but their kimchi fried rice is the secret dish that tops all the other dishes  - the flavour is just right with that kick of kimchi.

More about On the Bab 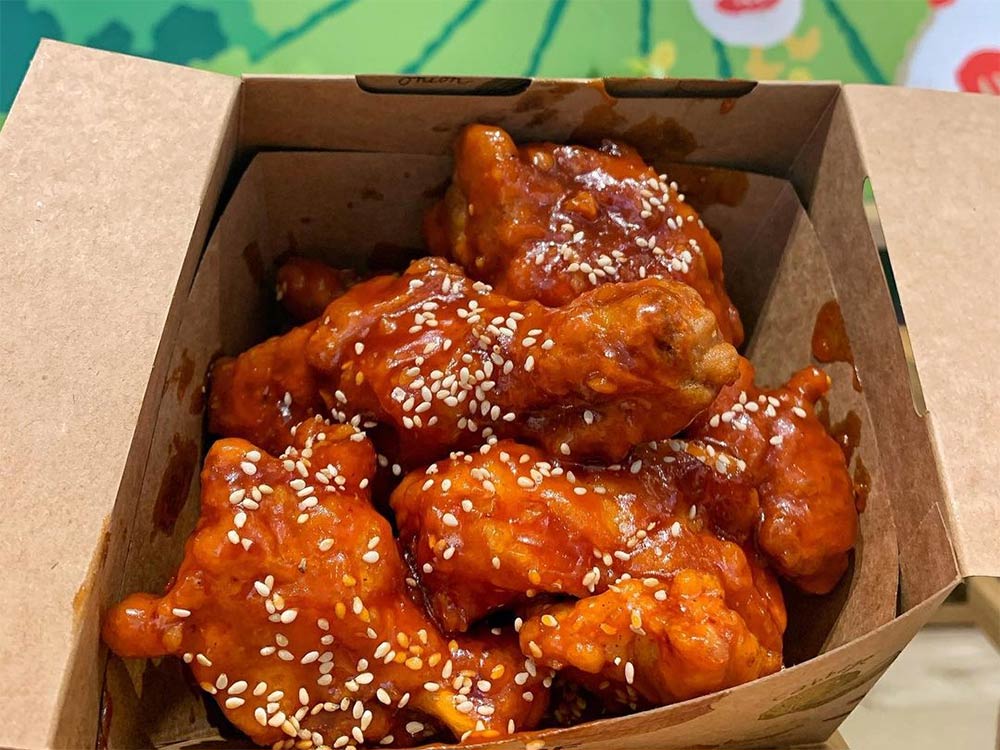 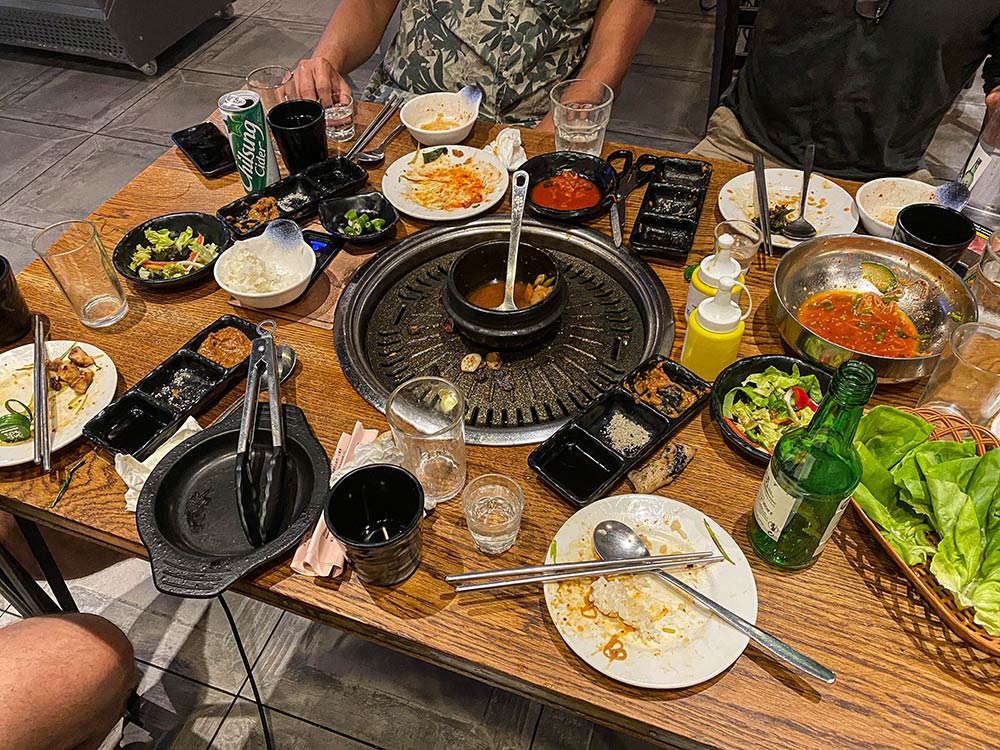 Treestone's USP as a Korean BBQ restaurant is that it has an in-store Korean butcher. You chose the meat at the butcher counter and bring it to the restaurant where you cook it yourself on a BBQ grill. The meat is all excellent quality and the butcher can advise you what cuts to chose and how to cook. The shrimp beef is especially flavourful and there's a wide variety of side dishes provided. 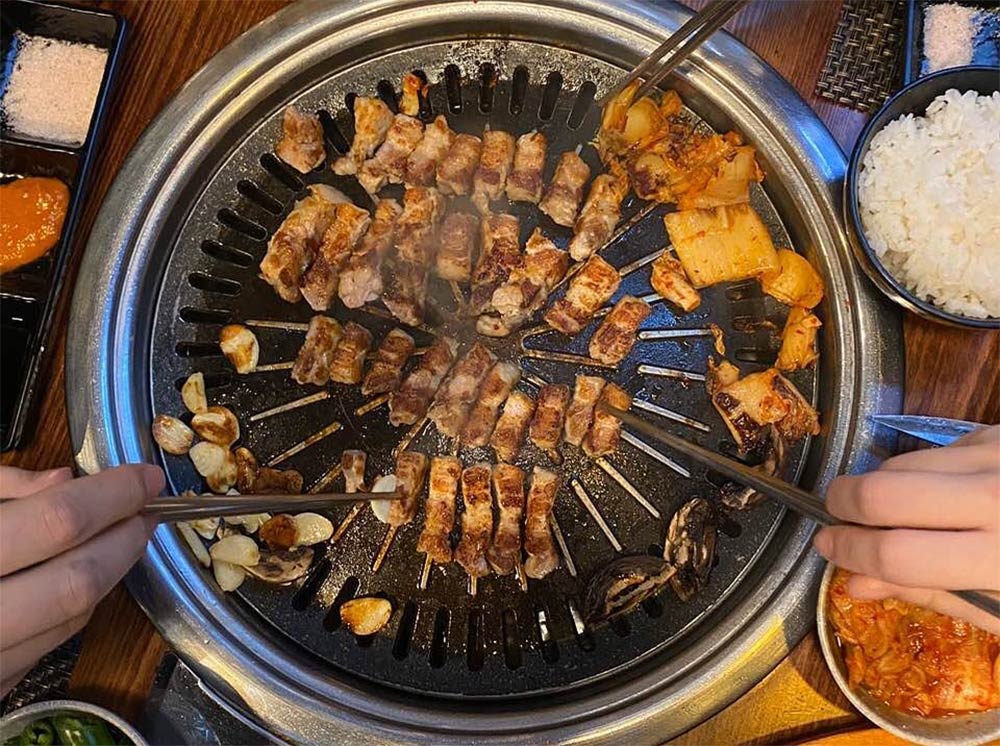 Yori is the go-to restaurant for Korean celebrities such as Bong Joon-ho, the director of Parasite, and Sandra Oh from Killing Eve. Yori now has 5 branches around London serving all the usual Korean dishes. Try the Galbi Tang which is a beef rib soup.