Where to find great Irish dishes to eat in London

St Patrick's Day might come just once a year but the huge amount of Irish talent we have working in London (just check out our Murphia List if you want to find out more) means it's easy to eat super Irish-inspired dishes all year round. Here are some you should put on your to-try list.

Gougeres at The Dairy 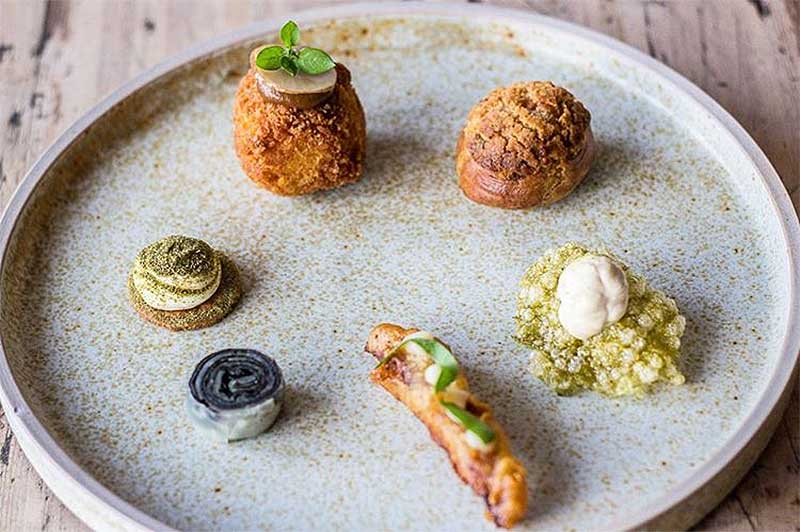 The Dairy, run by Robin and Sarah Gill, often adds a touch of Irish produce to the menu. Gougeres are part of the seasonal snack selection here at Robin Gill's Clapham restaurant. They change regularly but at the time of writing are made with the lovely Irish Cashel Blue and walnuts (pictured above top right).

Find out more about The Dairy 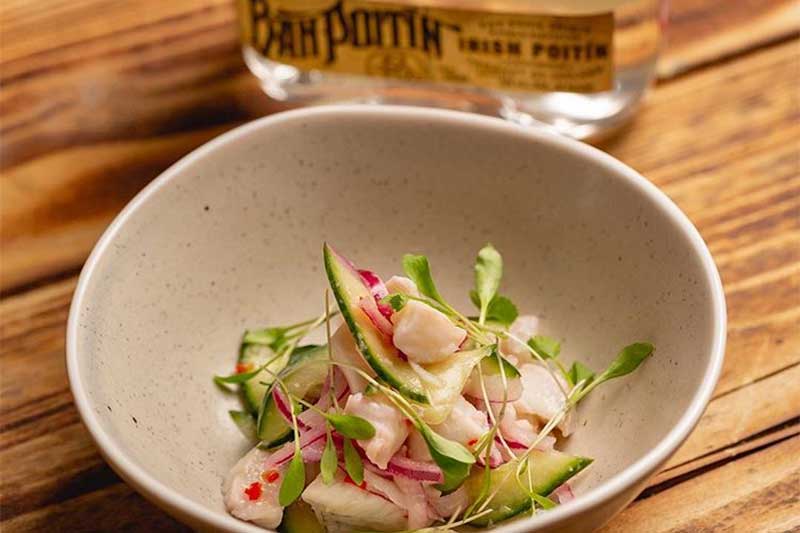 This restaurant in Pop Brixton comes from Simon and Cairene Whiteside, with a seasonal seafood menu. Since opening there's been a ceviche on the menu of this Irish restaurant - made with loads of lime, chilli coriander, cucumber and finished with a dash of poitin. The fish changes according to what's been landed, but it's always worth having. 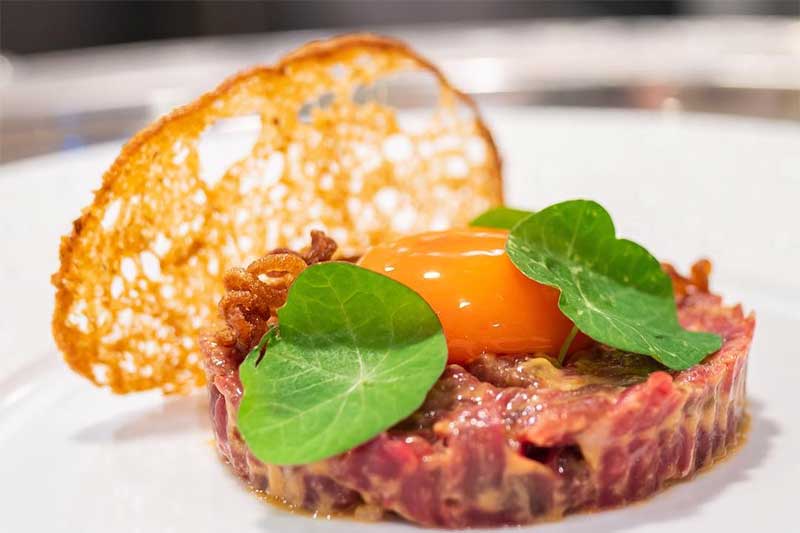 The man who's probably the best-known Irish chef in London will, of course, have something Irish on the menu at his eponymous restaurant in Mayfair (which has fellow Irish chef Aiden McGee in charge). Right now, it's 21 day aged Tipperary beef tartare with crispy shallots and nasturtium oil and sourdough. That's in addition to Carlingford oysters and Irish beef en croute. Expect many of the ingredients in the menu to be sourced from his farm in Cavan too.

Potato and roe at Core by Clare Smyth 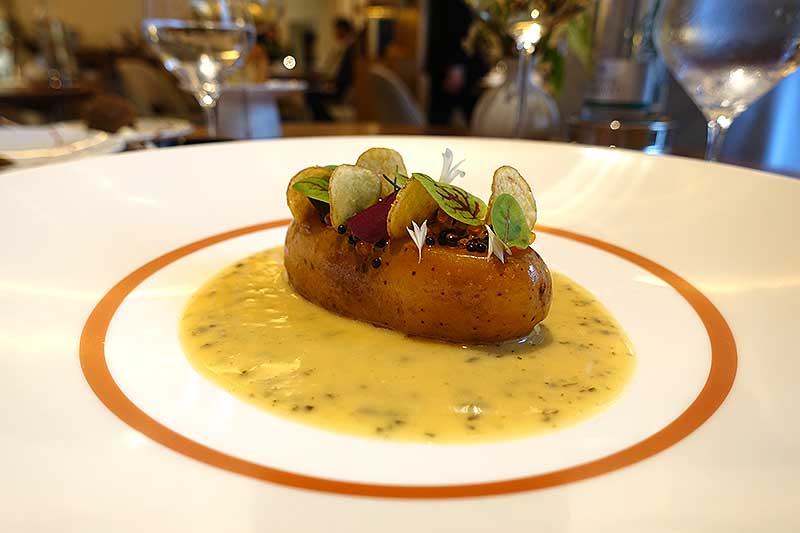 Clare Smyth's 'Potato and roe’ dish at her two-Michelin-starred restaurant is directly inspired by her childhood growing up on a farm in Northern Ireland. The potato sits on a sauce of dulse beurre blanc and is topped with teeny crisps and herring and trout roe. 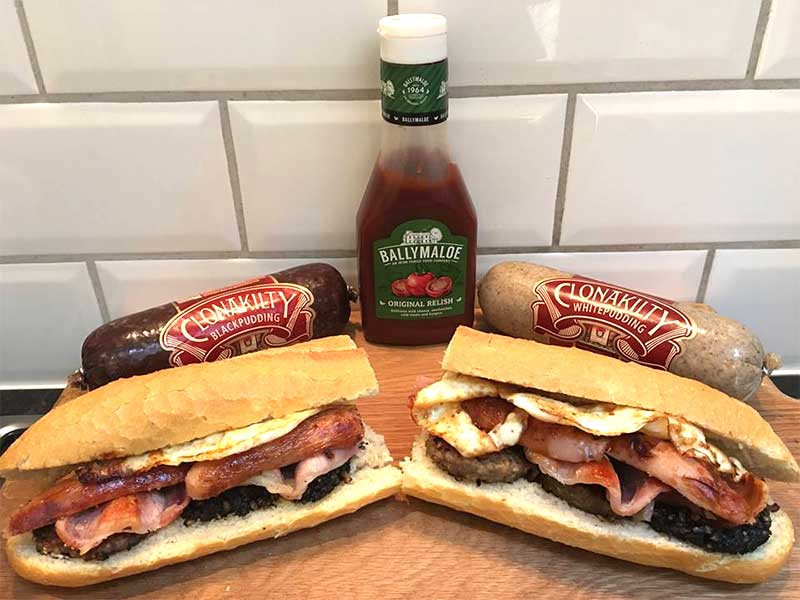 Hometown's Full Breakfast baguette is everything you're going to need the day after St Patrick's Day, stuffed with bacon and Clonakilty sausages, black and white pudding, you can get it delivered locally by Deliveroo and Uber Eats and they also have Smoky Bacon Taytos and Cidona on their menu. 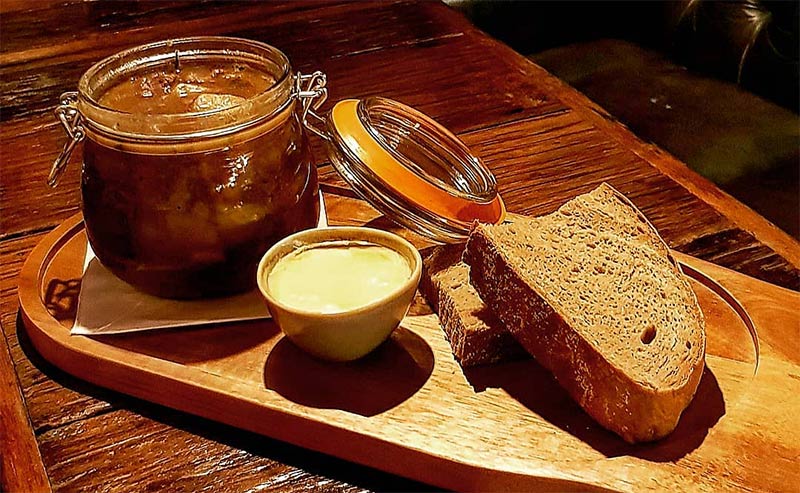 Homeboy in Islington not only has London's smallest Irish bar but there's a very Irish food menu too. Leading this is their "Da's Irish Stew" - that's lamb, carrots, onion, mushroom, parsley, thyme, garlic and "served with Ma’s brown bread". You can also get McDonnell's curry chips and the best bar snack of all - Tayto crisp sandwiches.