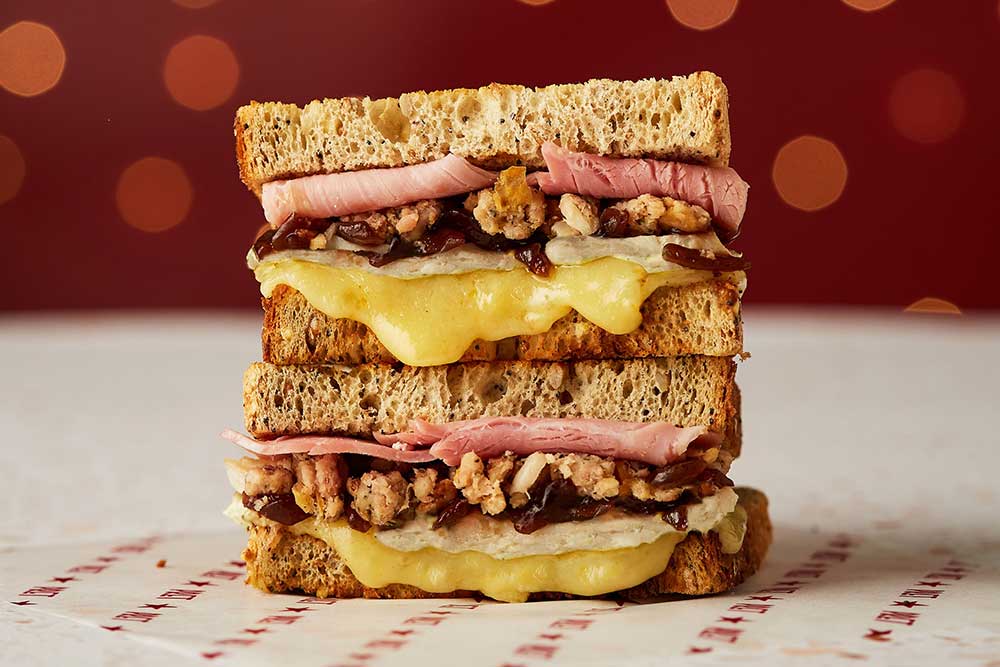 The Turkey & Trimmings Toastie from Pret

All eyes are on Pret to see what seasonal sandwich they're bringing out this year - and (drumroll) they're bringing out not one but two new sarnies for Christmas. There's a vegan Christmas flatbread with a layer of vegan sage mayo, port & orange cranberry sauce, Christmas pesto, roasted herby butternut squash along with sweet potato falafel and pickled cabbage & carrot in a wholemeal flat. But we expect the biggest seller to be their new toastie combo of Wiltshire ham, turkey, stuffing and caramelised onion chutney together with cheddar cheese. And yes, their Christmas Lunch sandwich (with a vegan version too) will be making a return.

Other festive treats on offer will be a new Christmas stuffing Mac 'n' Cheese and its vegan cousin - pasta mixed with vegan béchamel sauce and herby roasted butternut squash. 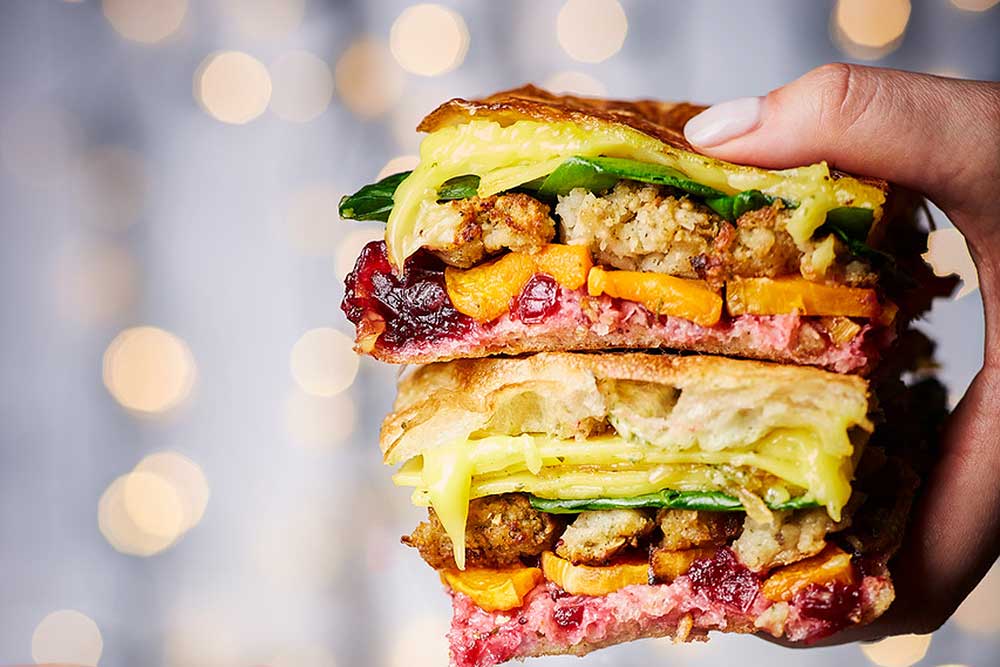 The Merry Squash-mas from Ole & Steen 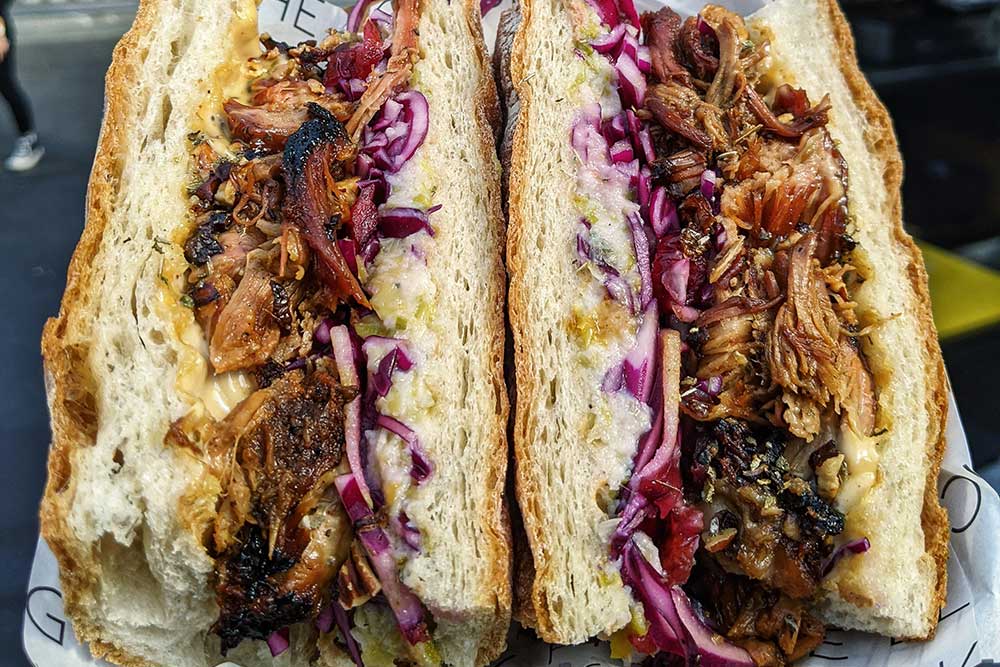 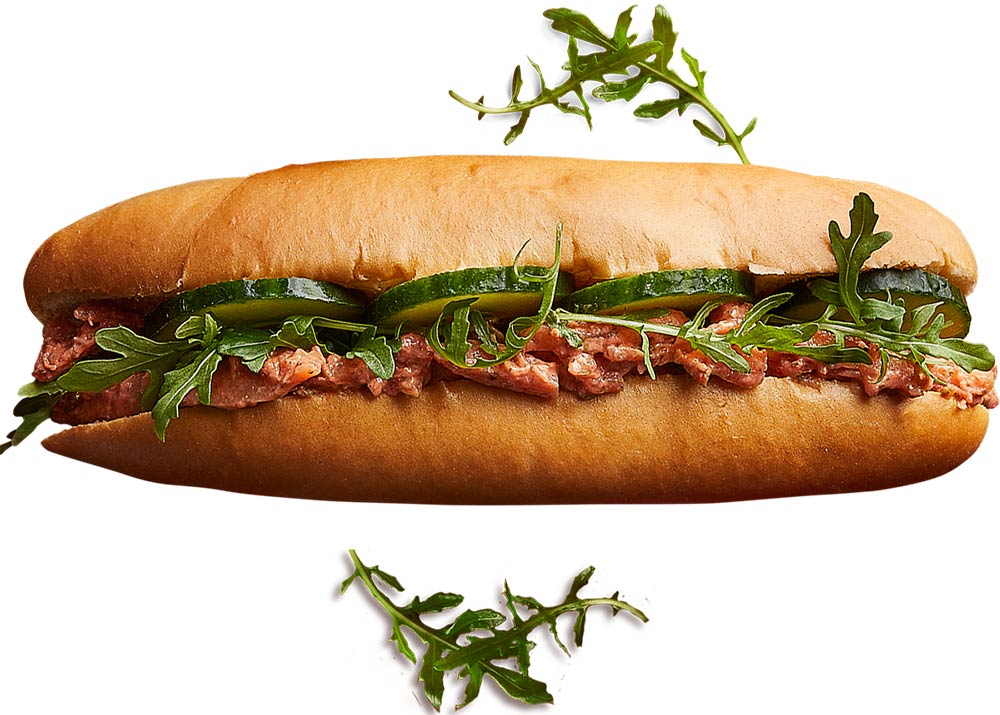 The vegan lobster roll from Waitrose

Waitrose is going big on its vegan Christmas offering this year, including the band new Vegan No Lobster Marie Rose Roll, which is made from roasted king oyster mushroom, vegan Marie Rose sauce, semi-dried tomato, and lovage.

There are also a couple of non-vegan sandwiches - the Smoked Salmon, Egg & Truffle Sandwich and their Christmas version of a club sandwich, with turkey breast, Wiltshire ham, Emmental cheese and sherry & onion chutney. 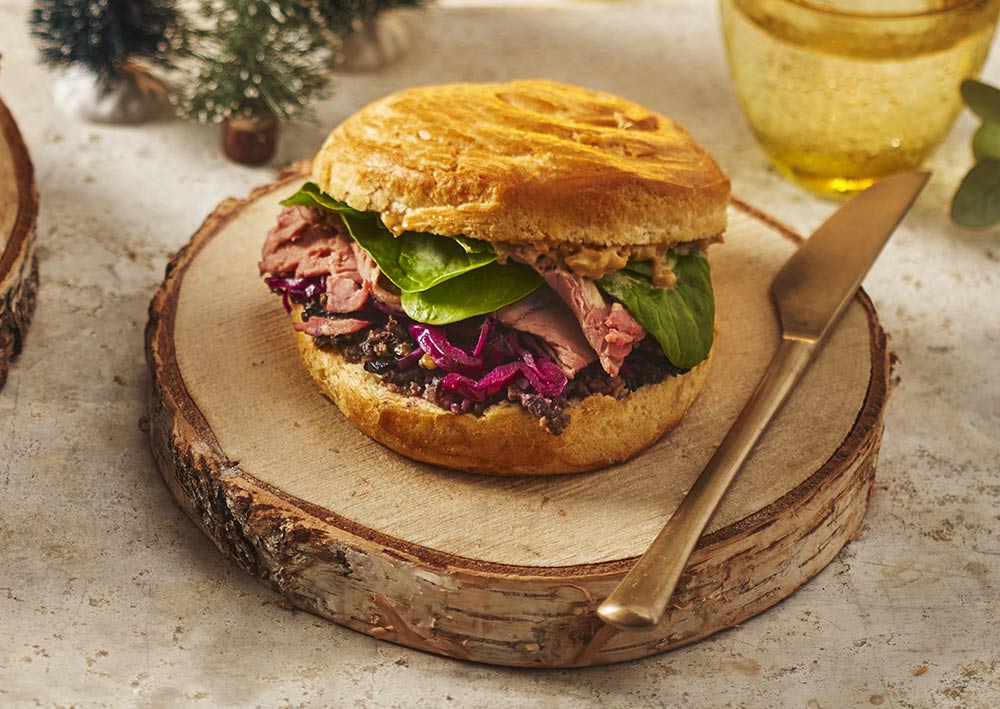 The Beef Wellington Sandwich from Sainsbury's

Sainsbury's aren't hooding back this Christmas with the main event - essentially a Beed Wellington in a bun. That's made of slices of sous-vide beef with a truffle flavour mushroom duxelles, gravy mayo and festive red cabbage and spinach - with a croissant roll taking the place of the pastry. They also have the vegan Rudolph’s Night Before Christmas Feast Sandwich, which has a fresh carrot and root veg patty, glazed carrot ribbons and a caramelised carrot chutney. 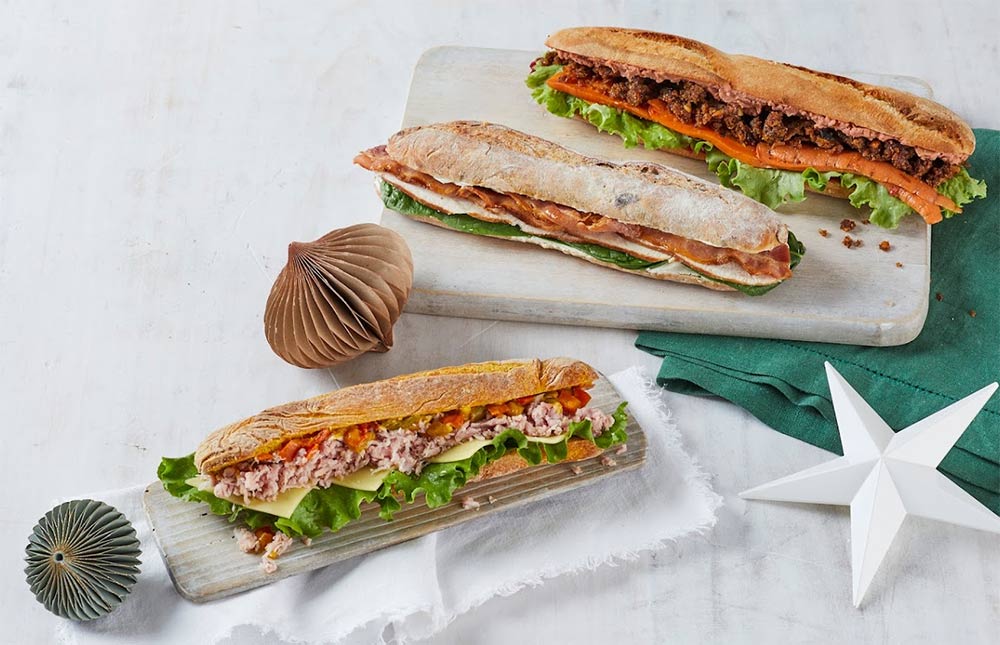 The Vegan Stuffing Sandwich from Paul

Paul's offerings this year include a Christmas Turkey sandwich (turkey, smoky streaky bacon, spinach, cream cheese and horseradish sauce in a  sage, onion and cranberry baguette, £4.95) and a Boxing Day Sandwich (turmeric baguette filled with slices of ham hock and mature cheddar, topped with piccalilli and Batavia leaves, £4.45). But we're rather taken by the vegan Stuffed with Stuffing Sandwich which is as it sounds - sweet potato and chestnut stuffing, vegan pâté, grilled carrots and salad, topped with cranberry sauce, all in a sage, onion and cranberry baguette (£4.65). 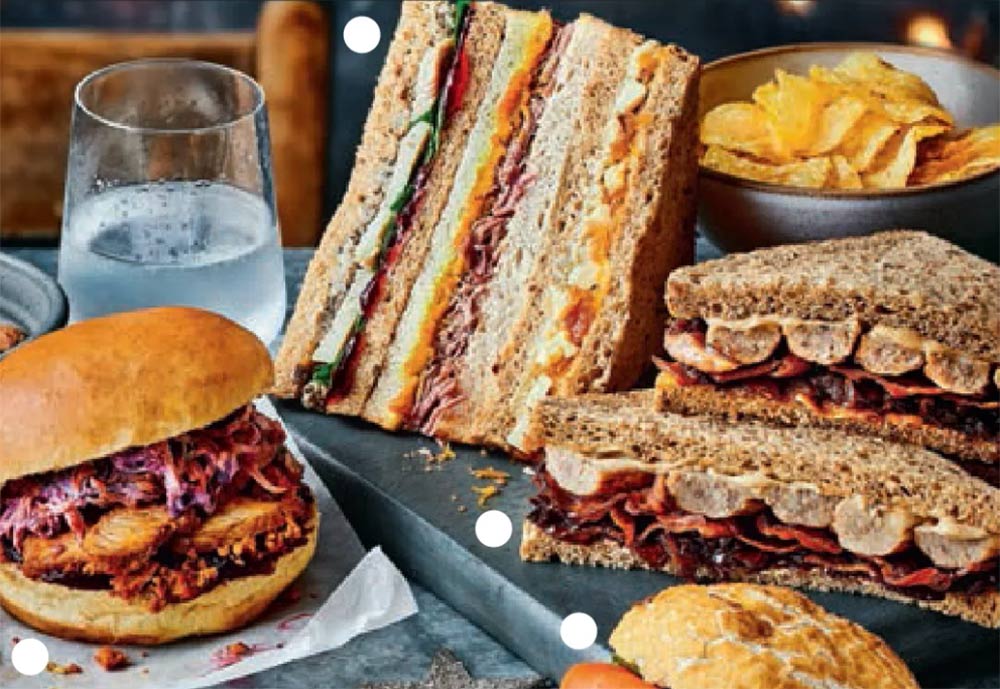 The spiced Christmas sandwich from Marks and Spencer

Marks and Spencer is once again teaming up with Shelter, giving money to the charity for every sandwich sold. This year, they include Naughty and Spice Christmas Feast (turkey, hot cranberry sauce, chorizo-style pork stuffing, cabbage slaw & mayo) and the pigs in blankets bun (with port and red onion chutney as well as gravy style mayo). Their vegan offering is the "No beef welly" ("no beef" slices, mushroom duxelle, pickled veg, mustard mayo).

15-24 November: Covent Garden is having a Christmas Sandwich Festival having set a challenge for its restaurants to get creative. There's be seasonal offerings from the likes of Frenchie, Avobar and Ladurée to eat in or take away and they've also teamed up with Feast It who are bringing in a range of pop up street stalls doing festive sarnies, including The Smokey Gaucho, Mr Pig Stuff and The Cheese Toaster.

Been missing your favourite street food spots or restaurants? Well a lot of them are making it very easy for you to make some of...
Read more

Over various lockdowns, London's food delivery scene has improved in leaps and bounds. We've gathered together what we think are the restaurants delivering the most...
Read more