Without going too Oirish on you we've picked out the best ways to enjoy St Patrick's Day in London if you care about what you eat and drink. So if you fancy a shot of decent whiskey, some smoked salmon on soda bread or just a great place to watch the big rugby showdown this weekend with a pint of Guinness in hand - we've got you covered. 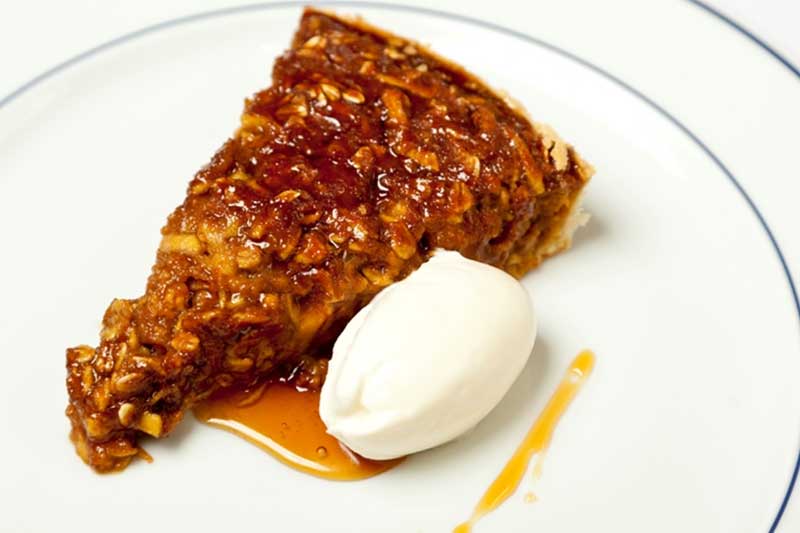 Richard Corrigan will be putting some of his favourite Irish classics on the menu for St Patrick’s Day so expect to see collar of bacon with truffle and cabbage, crispy crubeens with beetroot and horseradish, and this rather lovely looking treacle and Guinness tart with whiskey cream. 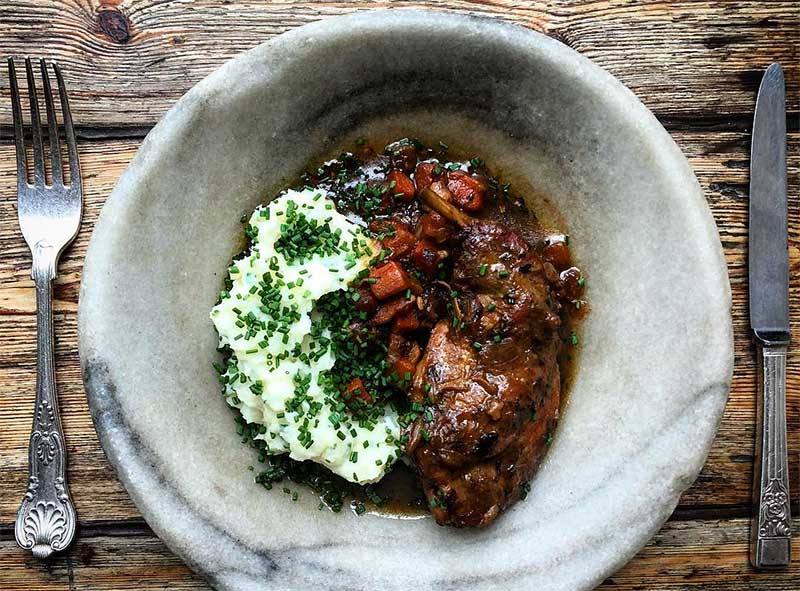 From 13-17 March the Irish crew from across The Dairy group will take over at Counter Culture putting on dishes like ‘Irish lamb tartare with St Tola goat’s cheese’ and ‘Potato risotto with smoked eel, cured egg yolk and crispy cabbage’ and this gorgeous rabbit and Guinness stew. 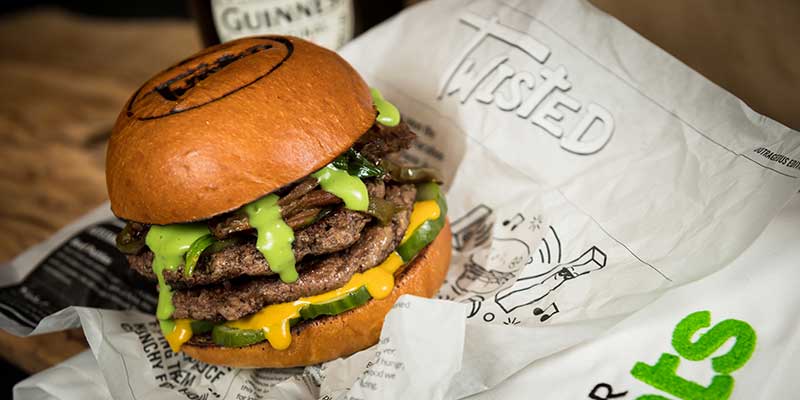 YouTubers Twisted London are teaming up with Uber Eats for a special Guinness menu. There's a Boozy Brownie laced with Guinness and Irish cream (£5.50) but the one you'll really want is The Big Green Philly - Guinness braised flank, two beef patties, green peppers, green onions, green mustard and a herby green béchamel (£10). Available on the Uber Eats app between Friday 16th - Sunday 18th March 2018 from 11:30am - 11pm if you're within a two-mile radius of E1 1RH. 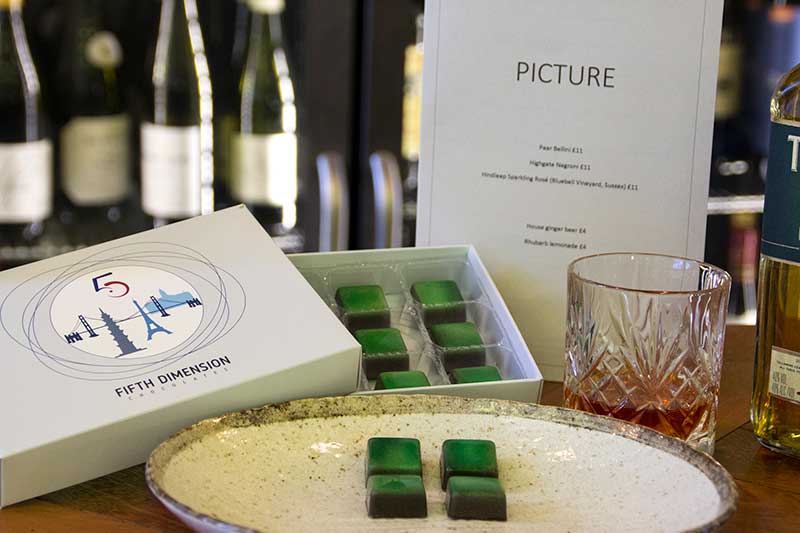 Whiskey chocs on the house at Picture

London-based chocolatier Fifth Dimension Chocolates are teaming up with Irish-run Picture Restaurant in Marylebone this St. Patrick's Day. Their dairy-free chocolate will be filled with an Irish Whiskey-infused chocolate ganache and served as a complimentary post-meal petit four to those visiting the much-loved Marylebone dining room on Saturday 17th March. 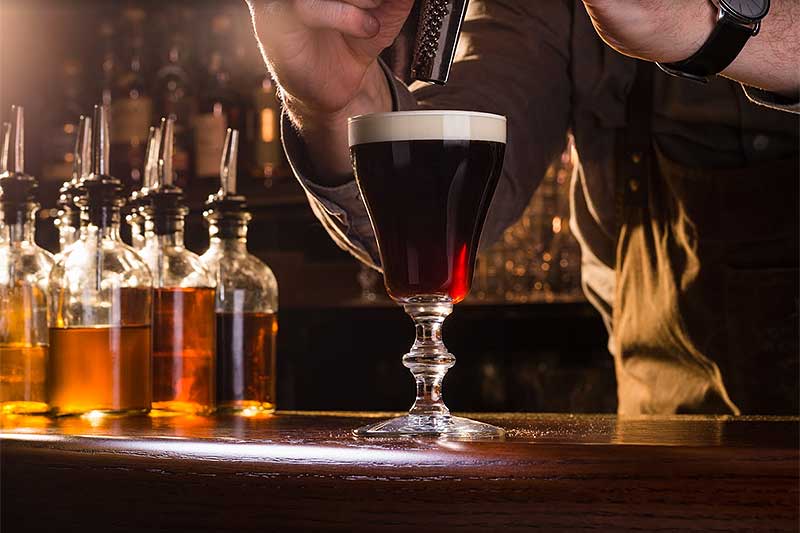 Old Compton Street bar Swift are going all in for St Patrick's Day with both the upstairs and downstairs bars serving 5 Irish cocktails. Upstairs - for an Irish take on the boilermaker guests can enjoy a pint of Guinness and a single of Redbreast 12 Year for £8. But we rather fancy their Swift Irish Coffee - Jamesons Caskmates with demerera-sweetened filter coffee and a float of chilled hand-whipped cream and a grating of fresh nutmeg. 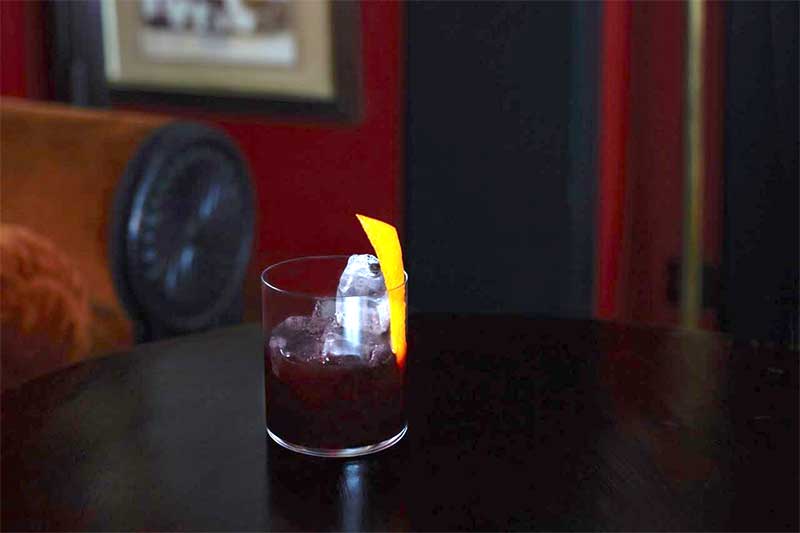 Everyone else might be going green but the Zetter Townhouse in Clerkenwell is painting the town red for St Patrick's with their Red Breast Old Fashioned (Single Pot Irish Whiskey, gomme, bitters) for £11. There's also stew and soda bread on the menu to soak it up with. 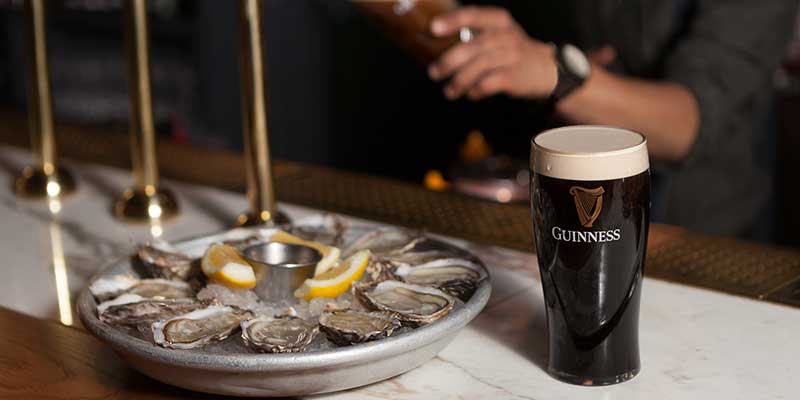 At any of the Wright Bros restaurants, if you order a platter of 12 oysters on St Patrick's Day between two - both of you will get a free pint of Guinness. 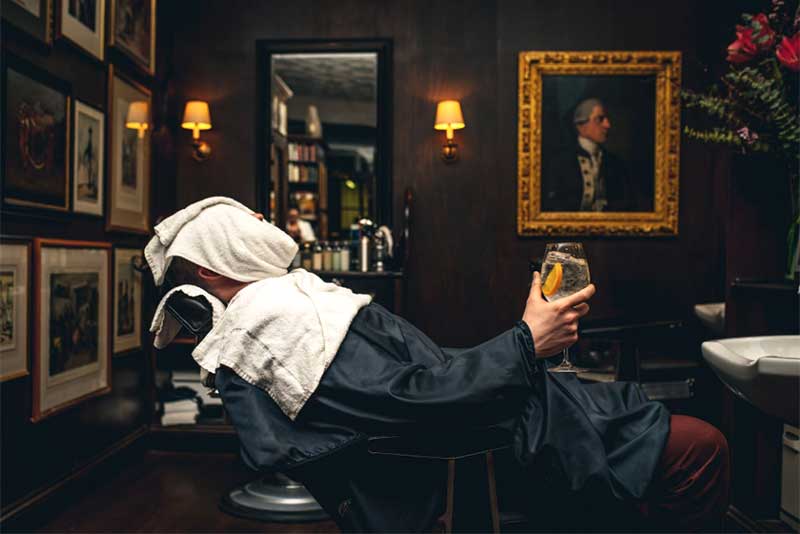 Get spruced up for St Patrick's Day with a Trim & Tonic grooming pop up by The Dingle Distillery at The Bloomsbury Club Bar on the day. Barbers Truefitt & Hill will provide a hot towel shave and free Dingle Original Gin & Tonic. It's £25 or free if you can show them your Irish passport.

Niall Davidson’s recently opened Irish restaurant and bar, Nuala, is having its first St Patrick's Day celebrations. On the morning itself from 9-11am there'll be an Irish seafood breakfast featuring an ice counter laden with fresh oysters, mussels & crab claws - £25 including a pint of Guinness. There'll then be celebrations - and Tayto crisps - downstairs in Nuala bar which will be open from 11am until the early hours.

What do you get when you combine a Bán Poitín bar with beer by London based, Irish owned 40FT Brewery, a BBQ by The Dairy's Robin Gill and stew by ex-Chiltern Firehouse head chef Patrick Powell? One helluva party. 40 Shades of Green - Volume 2 takes place at 40FT Brewery in Dalston on the day itself.

Want to make sure you don't miss the rugby? Then head to Guinness at Street Feast where they'll be showing the NatWest Six Nations live finale on a huge screen. The £5 ticket includes entry and a free pint of Guinness.

Oyster Boy will also be on hand on the Saturday and Sunday  at The Sun Tavern in Bethnal Green, shucking out complimentary oysters and the England vs. Ireland rugby will be screened on Saturday afternoon at 2.45pm. Home to one of the largest selections of Irish Whiskey in London, The Sun have teamed up with Teeling Irish whiskey distillery to produce three special cocktails too at £7.50 each.

If you still have stamina after the big day then on Sunday 18th March The Dairy are celebrating their fifth birthday, turning into a traditional Irish pub from 2pm onwards, with trad music and Guinness on tap alongside a stripped back menu of smoked salmon on soda bread, Galway oysters, traditional Irish stew and whiskey ice cream.

And don't forget the Murphia 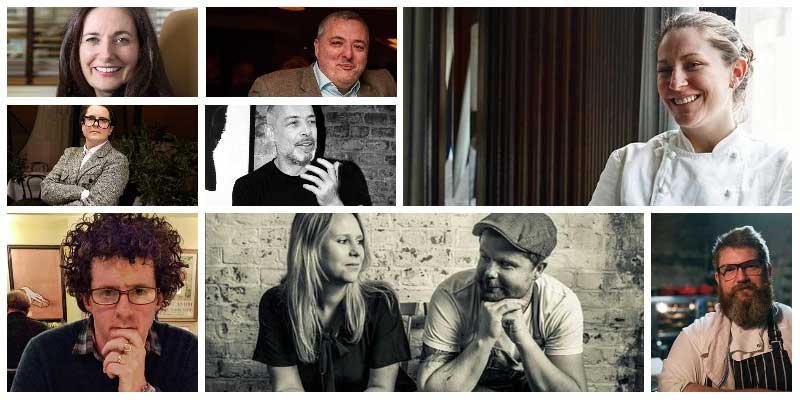 If you want the best food the Irish have to offer London all year round - check out our feature on the Irish names that are big in the London food and drink scene here.