Every year they come under a little bit of criticism, but there's not getting around that Michelin stars are both the awards most recognised by the public as they are the ones most desired by (a majority of) the chefs. So who did Michelin choose to award with stars this year - here's the full list of new entries, including why they're rated and, most importantly, how much it costs to eat there... 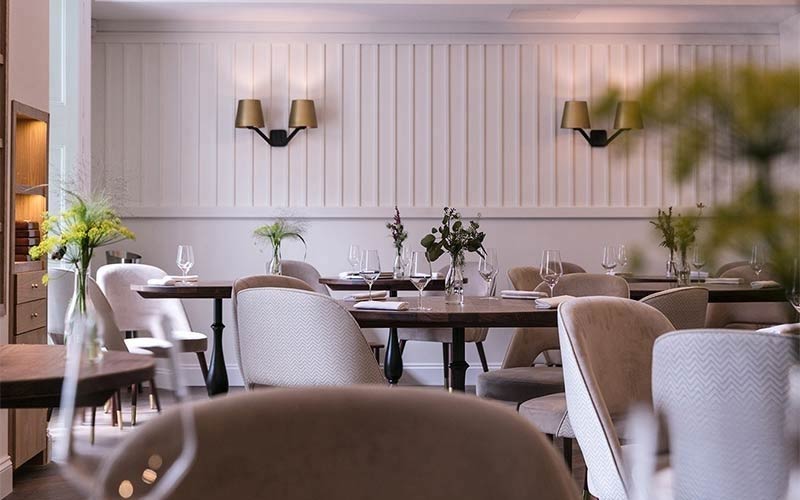 Why it's rated: Smyth is quite simply one of the best chefs in the country. Heading up the kitchen at Gordon Ramsay's Royal Hospital Road she maintained three Michelin stars there for years. She got a perfect 10 in the Good Food Guide for both RHR and Core. Here at Core she and her team are serving up fine (and refined) dining, but they're aiming for a more relaxed feel to the experience.

Find out more about Core by Clare Smyth 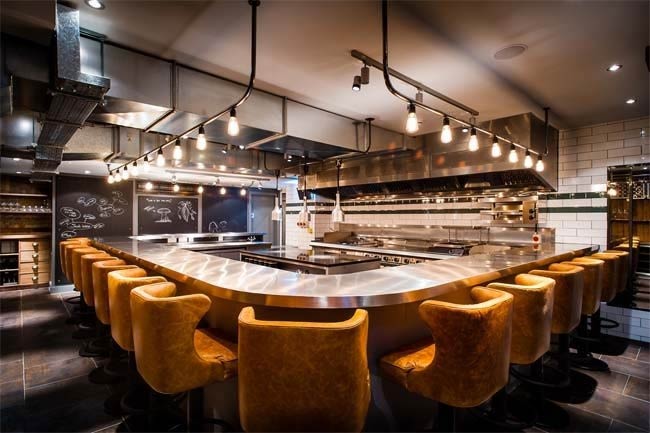 Who's the chef? James Knappet

Why it's rated: Described by Michelin as "a totally memorable experience" - Kitchen Table and Bubbledogs was opened by James Knappet and his wife Sandia Chang in 2012. Chang runs the front restaurant - a gourmet hot dog restaurant and champagne bar while James concentrated on his all counter dining restaurant at the back, tucked away behind a curtain. The menu changes every single day, depending on what's on offer.

Find out more about Kitchen Table

New one Michelin-starred restaurants for 2019 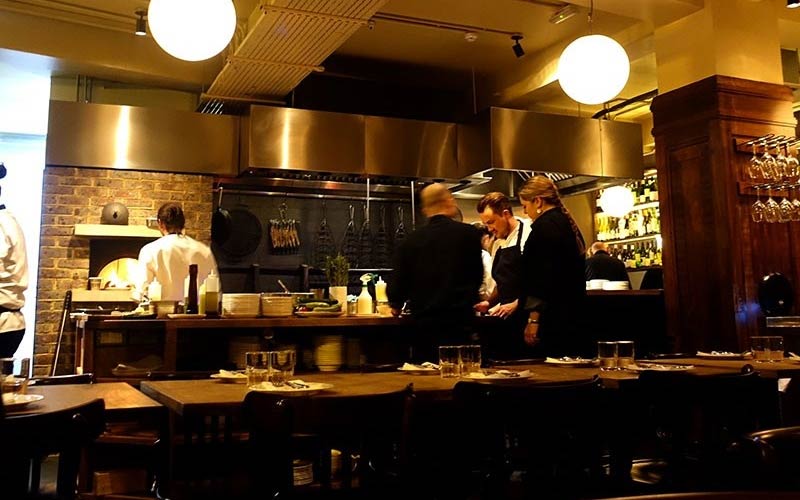 Who's the chef? Tomos Parry

Why it's rated: What you mean aside from the wall-to-wall excellent reviews? When Tomas Parry first hit headlines in London it was for his cooking at Kitty Fishers. Now he's transferred that enthusiasm for cooking over fire to Shoreditch where his Basque-inspired menu has been sending foodie fans into paroxysms of joy ever since day 1.

Find out more about Brat 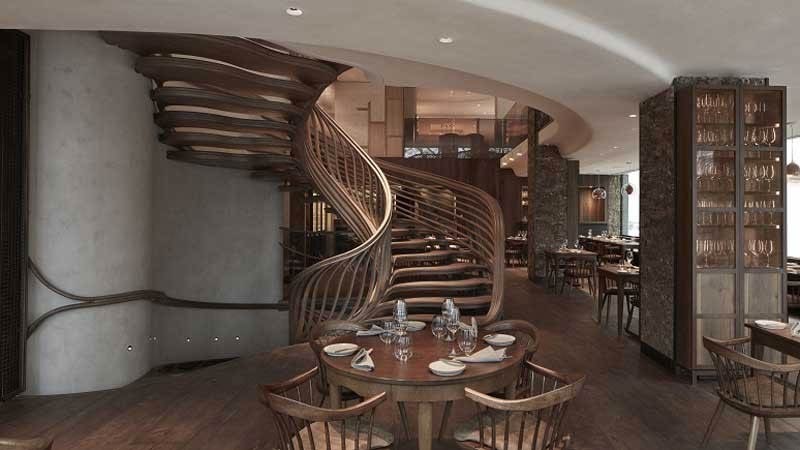 Who's the chef? Ollie Dabbous

Why it's rated: Having closed down his Fitzrovia restaurant and severed his links with Henrietta in Covent Garden, Dabbous found himself free to focus on this flagship restaurant. And we mean flagship in every sense of the world - visually it's an extraordinary space, but the food more than lives up to the opulent surroundings.

How much is dinner? Tasting menu: £95

Find out more about HIDE 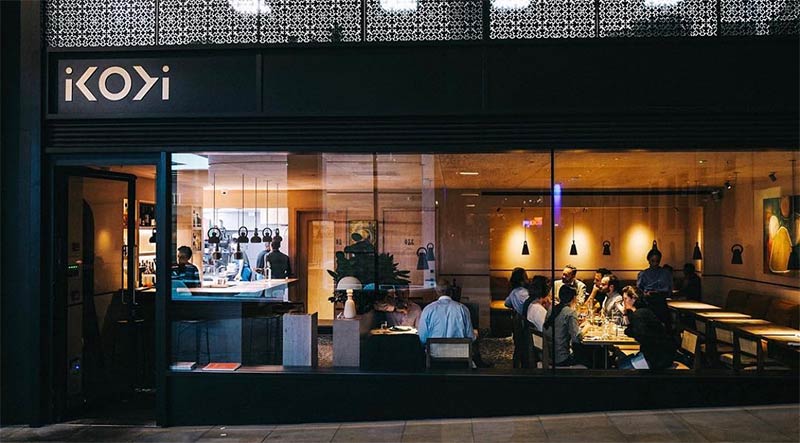 Who's the chef? Jeremy Chan

Why it's rated: Ikoyi is run by co-founders Iré Hassan-Odukale (front of house) and Jeremy Chan (Head Chef) and its modern take on West African cuisine has won over every critic to pass its door (and we thought its jollof rice and smoked bone marrow was pretty damned wonderful).

How much is dinner? Tasting menu: £60

Find out more about Ikoyi 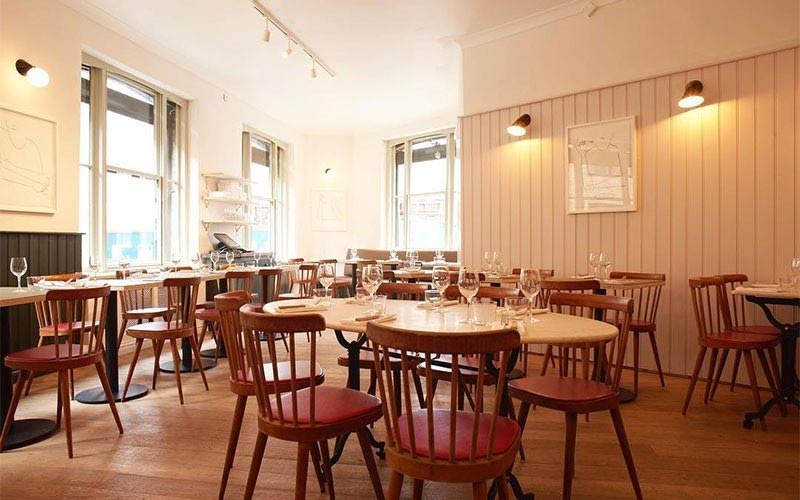 Who's the chef? Sam Kamienko

Why it's rated: Since moving from London Fields to Shoreditch, Ellory got a new name and a new vigour as it stepped things up to bring a Parisian bistro vibe to this part of town. The menu changes regularly and look out for their own wine on a really inventive list.

How much is dinner? Small and large plates range from £7-£30

Find out more about Leroy 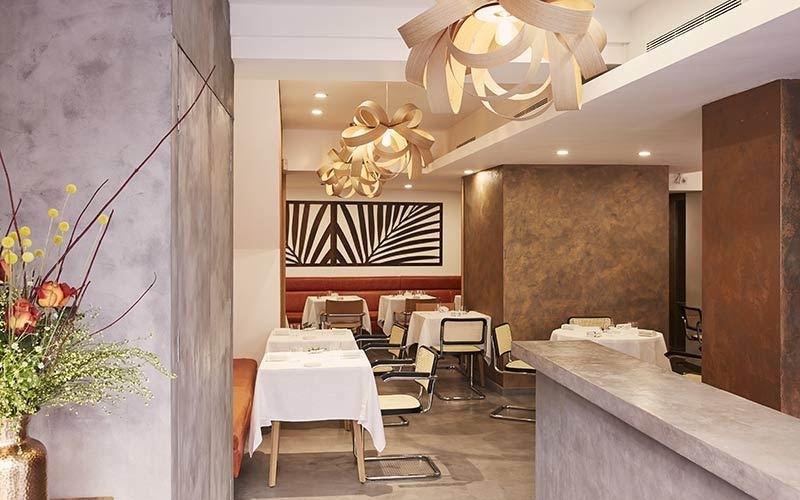 Who's the chef? Simon Rogan

Why it's rated: For London foodies who get a little panicky at the thought of heading outside the M25, Simon Rogan's London restaurant gives them a chance to try his clever cooking without having to travel all the way to Cumbria for it.

How much is the set lunch? Set business lunch menu £35

Find out more about Roganic 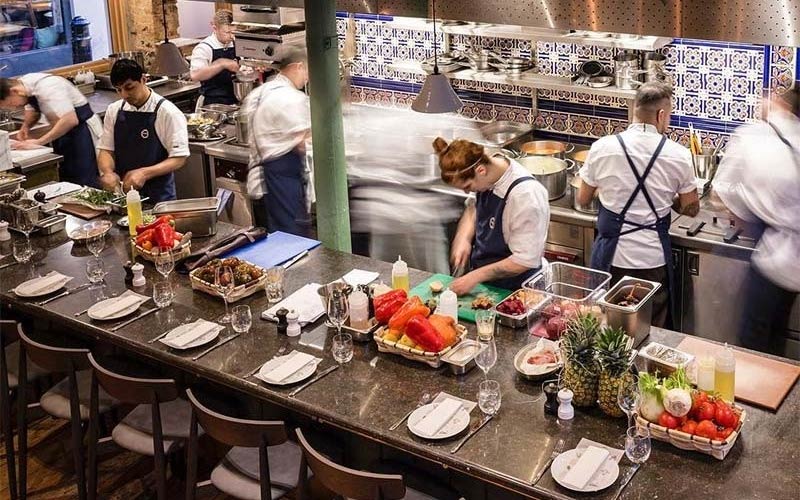 Who's the chef? Nieves Barragan

Why it's rated: Perhaps it's the fact that almost a year after opening it's still bloody difficult to get a seat up at the counter here? I mean, foodie Londoners all adored Nieves when she was running the show at Barrafina and her loyal acolytes followed her here, where her cooking if anything got even better. The buzz, sound, smells and general atmosphere of the ground floor restaurant makes you entirely forget you're just off Regent Street.

Find out more about Sabor

Want to see every single London restaurant that has a Michelin star? For the full list, in descending star order, click here.

Michelin's Bib Gourmand awards go to restaurants 'offering good food at moderate prices'. In London 'moderate' translates to three courses for £28 or less - so that's a pretty good deal for great food. This is also where Michelin gets the chance to reward more restaurants that aren't in the starched white tablecloth brigade. This year the new Bibs go to the following London spots:

Want to know more? Read our news coverage of the announcement here.