it's that time again! Here are the restaurants that did everything right according to Michelin's inspectors and were awarded with shiny stars. For more on this, also see our Michelin 2017 story. 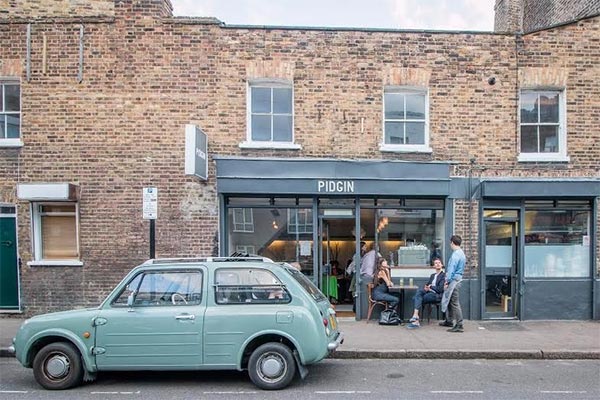 Who's the chef? Dan Graham

Why it's rated: Pidgin is the brainchild of James Ramsden and Sam Herlihy who, together with former head chef Elizabeth Allen, have propelled this tiny restaurant to Michelin starred glory. It's a one-menu seasonal affair that changes every week (along with the main cocktail) and is one of the most affordable places on this year's list. As we said when we visited here, it's "a treat for locals and visitors alike."

How much is dinner? £40 for four courses

Find out more about Pidgin 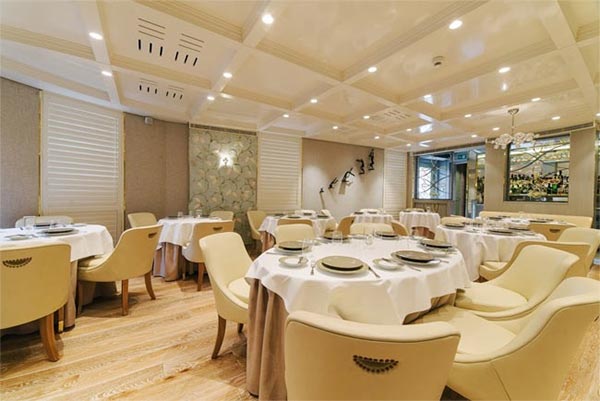 Why it's rated: The folk in Five Fields' kitchen have a lot of experience at high-end places. Chef Patron Taylor Bonnyman was at the Michelin two-star restaurant Corton in New York and the restaurant's head chef is Marguerite Keogh, who was with Marcus Wareing at The Berkeley. They say their intention is to create "contemporary, seasonally focused, and ingredient led dishes". This fine dining Chelsea restaurant rather bucks the trend for minimalism and casual dining in London but it has a lot of fans.

How much is dinner? £60 for three courses

Find out more about The Five Fields 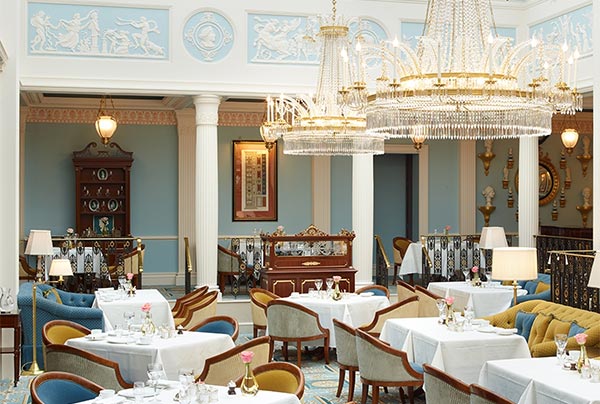 Celeste at the Lanesborough

Who's the chef? Eric Frechon

Why it's rated: Celeste was launched somewhat under the radar in mid-2015 and has, so far, mainly escaped the critics' gaze. But with a formerly three Michelin starred chef from Paris, it's not a surprise that this French restaurant caught the attention of the inspectors.

How much is dinner? £85 for five courses

Find out more about Celeste 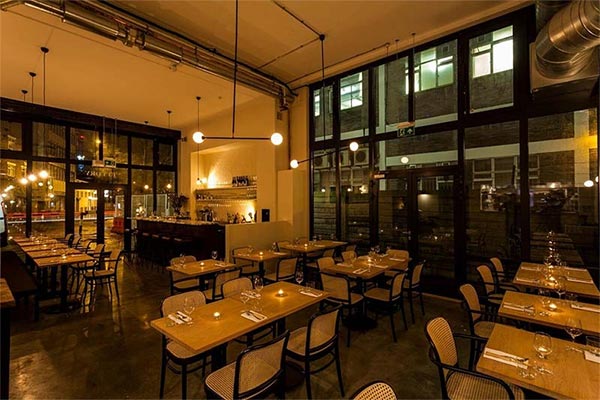 Who's the chef? Matthew Young

Why it's rated: The newest restaurant on the list - and the only one out in the wilds of East London - Ellory has been a favourite of many a critic, not least for its attention to the wine list which complements the seasonal menu by the ex-Mayfields chef. As we said in our Test Drive, this is an "elegant, grown-up restaurant for lucky London Fields.".

How much is dinner? Main dishes range between the £14 - 17 price point

Find out more about Ellory 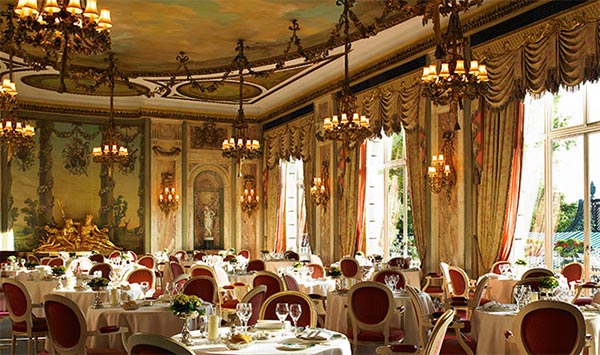 Who's the chef? John Williams

Why it's rated: One of the things that MANY have said about the Ritz in recent years is "WHY does this place not have a star"? John Williams has been working wonders in the epic room in recent years and this recognition is long overdue. We also thought the place was still a classic on a recent visit.

How much is dinner? Main dishes are around £40

Find out more about The Ritz 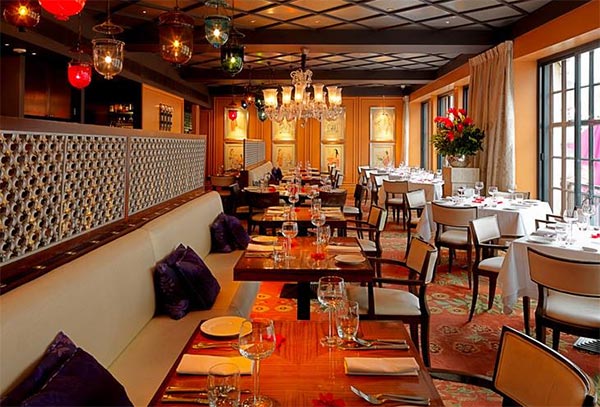 Why it's rated: This Indian restaurant is a London institution, serving up Indian cuisine since 1926 - so this is a very nice 90th anniversary present for the team here. Expect classical Indian cuisine with a fine dining edge.

How much is dinner? There's an evening set menu option at £36

Find out more about Veeraswamy 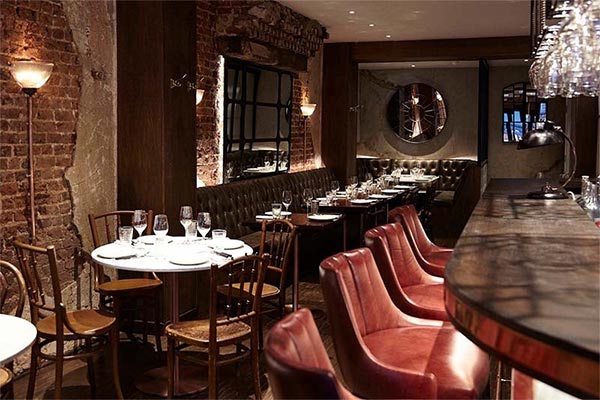 Who's the chef? Jun Tanaka

Why it's rated: Jun Tanaka has held Michelin stars in other restaurants, but this is his first time at going it alone. The Ninth has been quietly building a solid reputation in Fitzrovia since it opened last year - and on a recent visit, we were wowed too. We said "we had one of our best London meals of 2016 here" and that's still the case as we write this.

Find out more about The Ninth 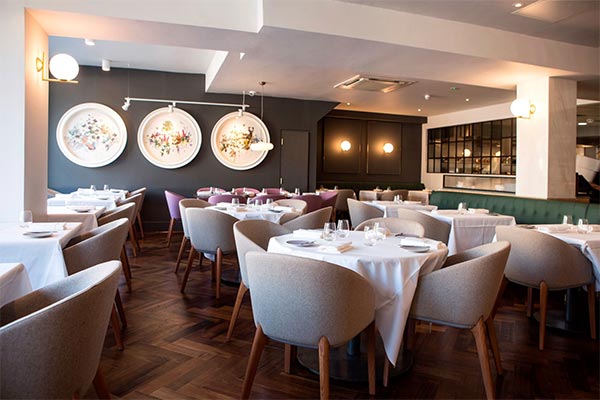 Who's the chef? Adam Byatt

Why it's rated: A longstanding and highly popular restaurant in Clapham, Trinity is another long overdue addition to the Michelin star list. Adam Byatt's Clapham restaurant started out in 2006 - so it's another restaurant that is getting a welcome anniversary present. Recently relaunched, the restaurant now has a mix of fine dining and the more casual "Upstairs".

How much is dinner? Main dishes are around £30

Find out more about Trinity

Michelin's Bib Gourmand awards go to restaurants 'offering good food at moderate prices'. In London 'moderate' translates to three course for £28 or less - so that's a pretty good deal for great food. This is also where Michelin gets the chance to reward more restaurants that aren't in the starched white tablecloth brigade. This year the new Bibs go to the following London spots:

New to the event this year, there are two new Great Britain and Ireland awards - and they went to:

Also new to the event, they're awarding the restaurants who have retained their stars after losing a head chef: