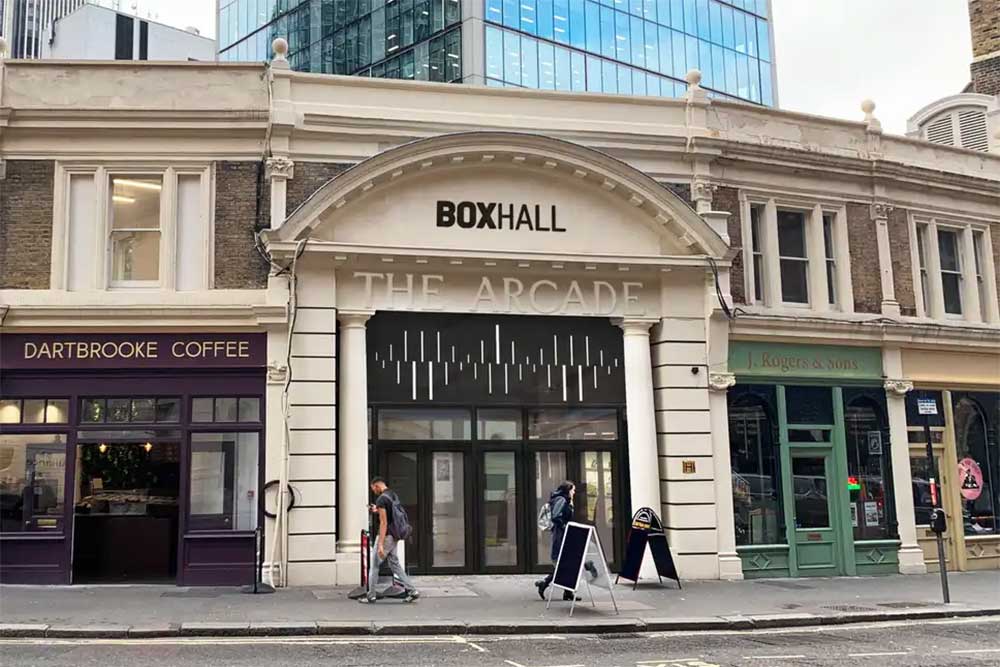 Saved from demolition during the eighties, the Metropolitan Arcade at Liverpool Street is now being reinvented as a food hall for the 2020s. It's going to be the first of a series of spin-off concepts from Boxpark called BoxHall.

Scheduled to open next year, we're told it's going to be "an all-day social dining experience under one roof". There are going to be 16 food vendors and two bars with room for hundreds of hungry City workers to sit in and dine.

While Boxpark made its name for creating foodie venues out of shipping containers, BoxHall will, we're told, focus on taking over old buildings "most of which will be historical, rich in cultural heritage or iconic in their respective local communities".

We'll get a better idea of what to expect from the London venue when the first BoxHall opens in Bristol this summer.

Where is it? The Arcade, Liverpool Street, LONDON, EC2M 7PN