Ronaldo is opening another London restaurant, this time with CZN Burak 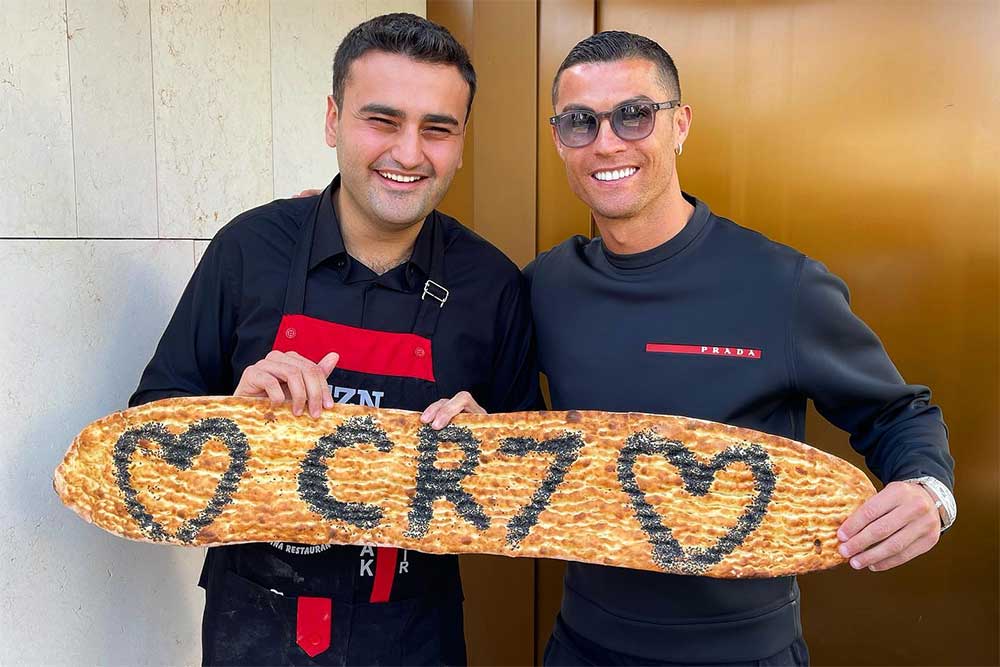 His first London restaurant, Zela, lasted barely two years, closing its doors for good during the pandemic. But Ronaldo's not going to let that experience dim his enthusiasm for the London scene. So the footballer is already making plans to get back into the restaurant game.

He's joining forces with Turkish restaurateur Burak Ozdemir with plans to open a London restaurant towards the end of the year.

Also known as Smiley Bae or CZN Burak, the restaurateur is HUGE on social media with 57m followers on Tik Tok (no that's not a typo) and 32m on Instagram - figures that pretty much dwarf Salt Bae. His slightly unnerving videos on the platform have him staring direct to camera while throwing straw bale sized lumps of butter on a grill or chopping aubergines and his Insta feed is littered with photos of him and celebrities holding XXL pitas.

There are no details yet as to which of Burak's restaurants will come to London. Right now there are three distinct brands - CZNBURAK, Burak Burger and his traditional sit down restaurant group Hatay Medeniyetler Sofrasi. The burger branch has just opened in Dubai Mall, so maybe that's an indication of what is being rolled out.