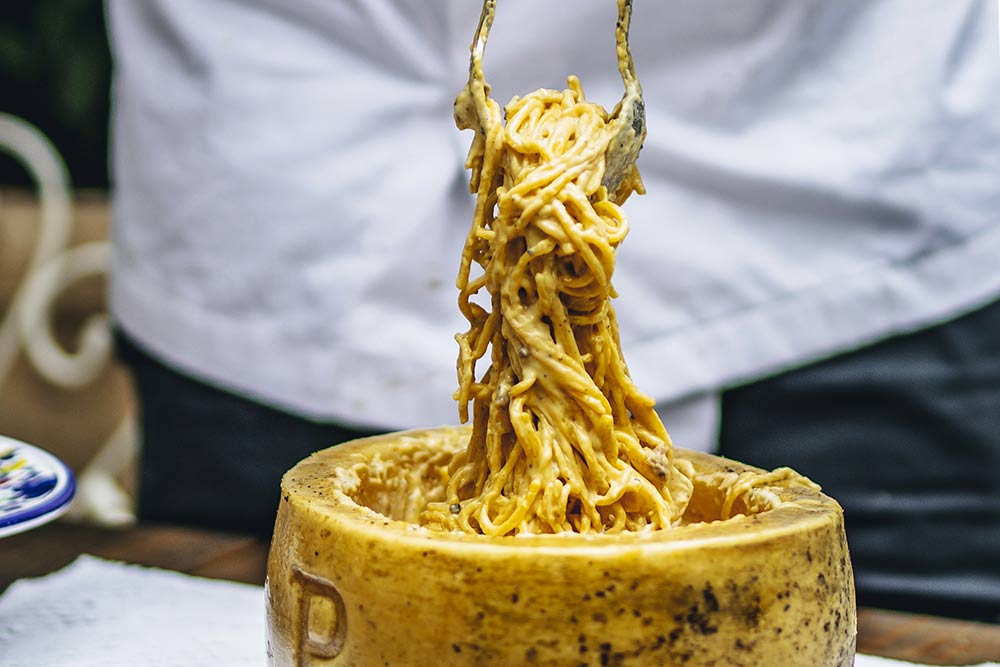 It's been more than six months since they last opened a crazy old restaurant in London (Ave Mario) so of course the Big Mamma Group are already working on the next big place.

According to trade title Propel, they're focusing their next efforts on Kensington High Street, taking over an old branch of HSBC. They'll be sandwiched between The Ivy Kensington and Ole and Steen.

The new branch will have room for 180 diners, making it closer in size to the first London opening Gloria than their recent huge spaces. There's literally no more news about it than that, but you can expect it to have the same OTT approach to interior design and there should be La Grand Carbonara on the menu too. We'll update you as soon as there's more info.

Where is it? 92 Kensington High Street, London W8 4SH