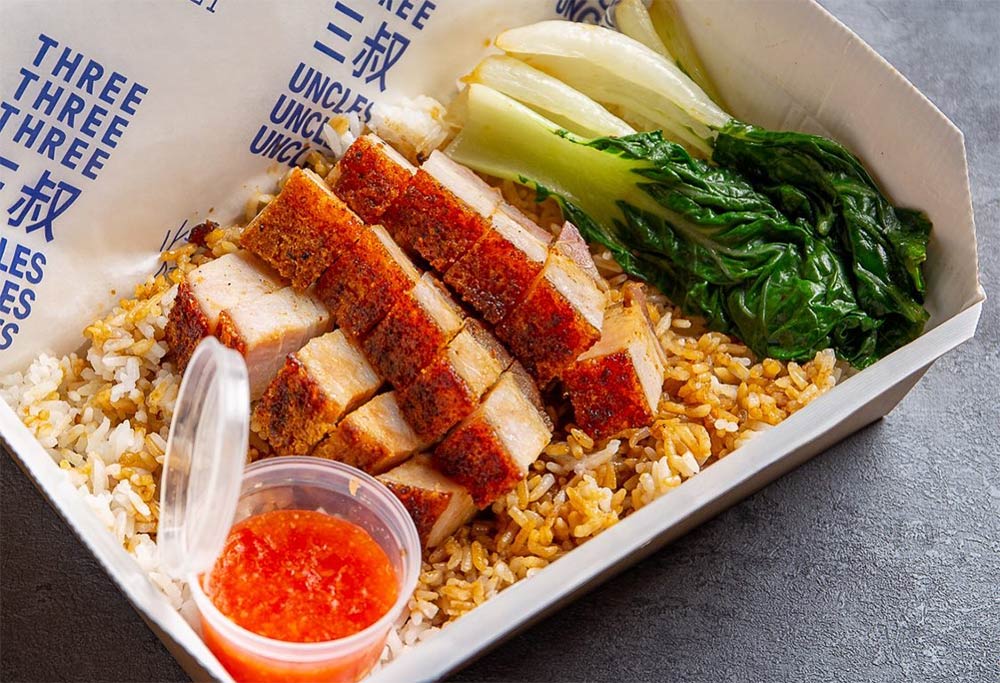 They're big in Camden and The City with their Cantonese roast meats and now Three Uncles are continuing their journey with their next opening, in Brixton Village, as reported by Eater.

Their Camden and City branches are both takeaway (the latter opening was originally supposed to be a proper sit-down restaurant, but the pandemic changed things there). So instead, this Brixton opening is being billed as the first proper Three Uncles restaurant.

They'll still have the dishes that they've built their reputation on, namely the roasted duck, crispy pork belly and char siu BBQ pork alongside Hainan chicken. To that, they'll be adding on some sharing dishes, including lotus leaf rice with Chinese sausage, steamed chicken, shiitake mushroom, and chestnuts as well as steamed minced pork with preserved vegetables. And alongside those, expect char siu lai fun noodle soups, the broth making good use of those roasted duck bones.

Where is it? Coldharbour Lane, London SW9 8PS