Baggio Vegan hit up Walthamstow with their plant-based burgers 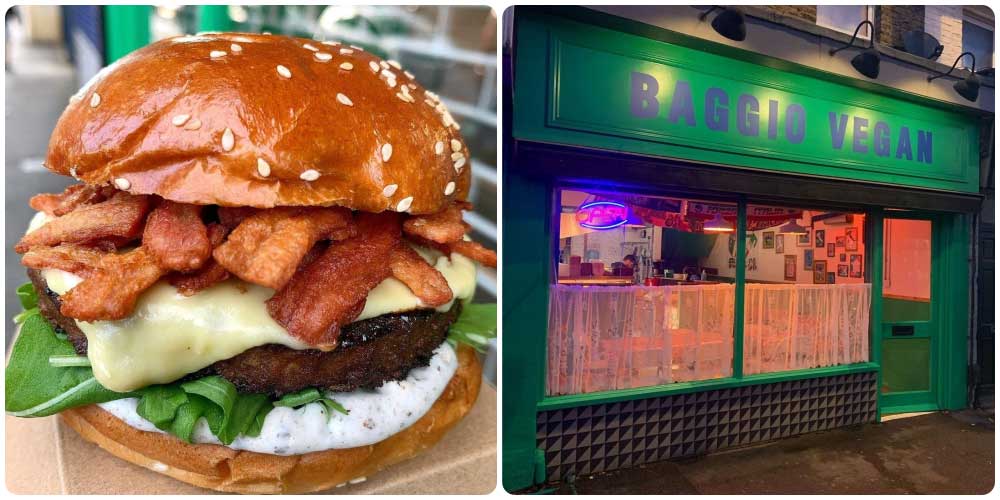 They've been plying their Amalfi-coast inspired Italian burgers in and around Walthamstow for the past five years, but now father and son team Baggio Burger are stepping things up. Last week they opened their first dine-in restaurant in E17, but this one is a bit of a departure from their usual meaty offerings, being devoted to plant-based burgers.

Baggio Vegan has five vegan burgers on the menu including their 'hero' dish, the Mancini, featuring a plant-based patty, notzarella cheese, truffle and porcini mayo, facon and rocket. If you're after a vegan 'chick'n Parm there's one of those on there too.

It's walk-ins for now, and a weekend brunch offering is being planned to launch soon.