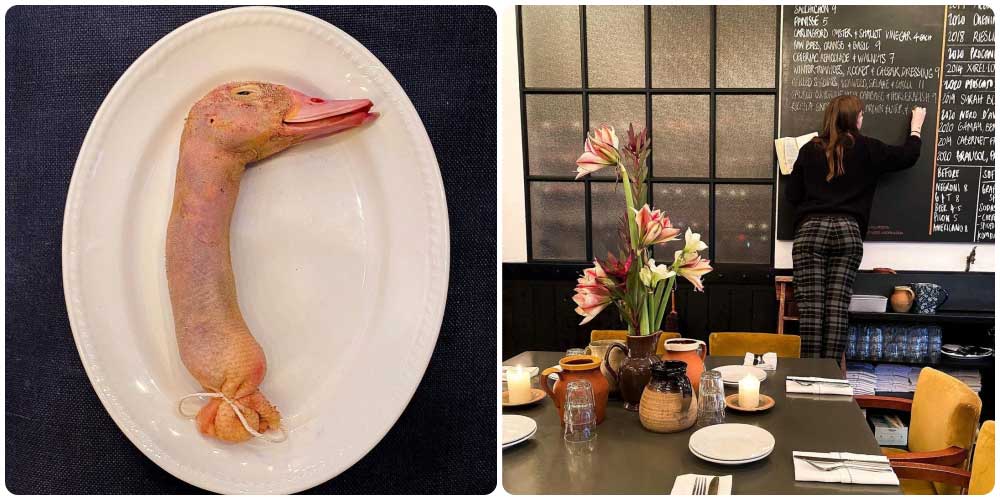 It's the dish that made a North London restaurant go viral this week. When Westerns Laundry put up a shot of their stuffed duck neck on their Instagram page, they presumably never thought the story would be discussed as far away as India.

The Mail, Sun and Mirror all picked up on the story, triggered by one of the restaurant's users, furniture designer Edward Collinson saying; "No, that's too much." and the story went viral.

Others weren't so bothered by the image with chef Pierre Koffmann praising it and describing it as "A Gascon favourite".

But our favourite response has to be the gentle ribbing by their fellow Highbury cafe Finks who put this up on Instagram yesterday.

For anyone thinking to dash down and try it, it looks as though Westerns have moved to a less controversial part of the duck to serve up this week with duck leg and pommes anna on the menu.