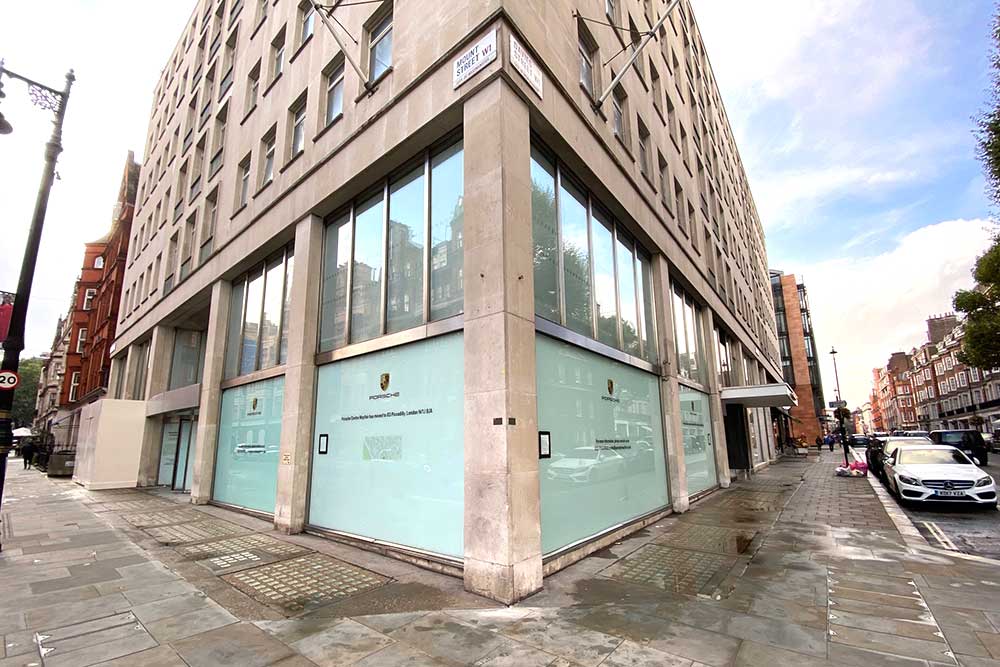 We've been wondering for quite some time exactly what restaurateur Richard Caring's plans were for the massive corner site restaurant at the top end of Berkeley Square where the old Porsche showroom used to be. Now, in an interview with The Sunday Times, Caring has provided more details about what to expect.

First, there's the name - Bacchanalia - it will be a Greek and Italian restaurant. It certainly sounds like it'll be as eye popping as Caring's other more recent openings, like Sexy Fish and The Ivy Asia. Artist Damien Hirst, who's worked with Caring on Sexy Fish and The Brasserie of Light, is making four giant artworks for the restaurant including one of "winged lovers embracing on a unicorn". In addition to Hirst's art there'll also be ancient statues and Sistine Chapel-style frescoes on the ceiling - subtle and pared-back, this ain't. Designer Martin Brudnizki, who also worked on many Caprice Holdings restaurants, is in charge of the design.

Alongside what was in the Times piece, Hot Dinners has learned that there's going to be a members-only section, in addition to the restaurant and a private dining room. The Midas Bar will feature a bar made entirely from rock crystal and there will also be a terrace for alfresco food and drink. And as for the food - a sample menu suggests that it'll be seafood-led with plenty of oysters and caviar on offer along with dishes like seared foie gras with rhubarb and fillet of John Dory with ceps in a chicken butter sauce.

Where is it? Connaught House, 1-3 Mount Street, London W1K 3NB