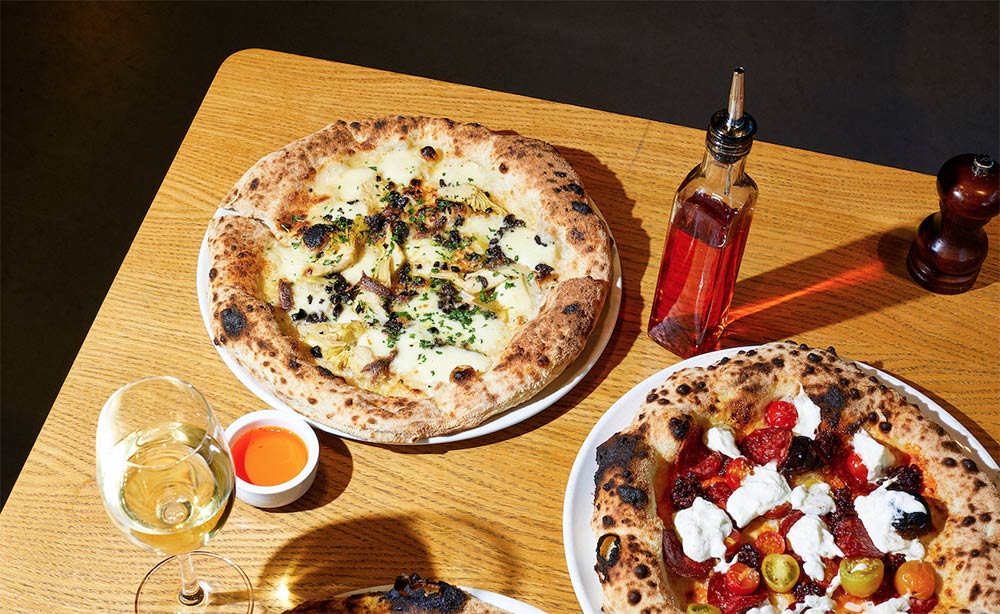 They've proven to be a hit in King's Cross (of which Grace Dent was a fan) and now Happy Face pizza is expanding with two new restaurants - one that has already quietly opened.

That first new restaurant is in Victoria, taking over what used to be Botonnage wine bar. And soon they'll be opening at Brent Cross - that'll be part of the new "Brent Cross Town" development that's been under development (and we should see some more restaurants opening up there, like Marugame).

As with the original, it'll all be based around 72-hour fermented dough Neapolitan pizzas, including their usual pizzas, like Margherita, Pepperoni, Rucola and Salciccia (Smoked mozzarella, Neapolitan sausage, friarelli, fresh chilli).

Music will continue to be a big thing - it's from the people behind Spiritland, so expect a next-level sound system (and the original had the odd themed nights too).