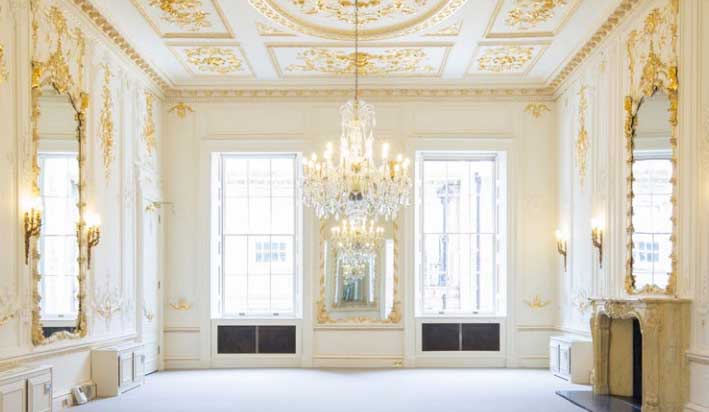 In Paris and St Tropez they're responsible for a roster of hotter-than-hot restaurants, including Loulou and Girafe, and now the Loulou Groupe are heading to London for their first UK opening.

The team have taken over a Grade II listed building in the heart of Mayfair with plans for a fine dining restaurant. 16 Charles Street has quite the history as a party place. Back in the 1920s, it was owned by Dame Margaret Greville who threw a ball there as part of her role as matchmaker for the Queen Mother and the then Prince Albert.

Having seen off plans by a casino to take over the Mayfair mansion a few years back, local residents should be a lot happier that the Parisian restaurateurs are in charge. They're planning "to restore 16 Charles Street to its former glory and bring it into public use for everyone to enjoy."

To that end, they'll be opening a restaurant on the ground and first floor. The second floor will be a 'lounge dining area'. The third will feature a chef's table and private dining space, with more private dining areas on the top floor. There's also going to be alfresco dining in a courtyard space at the back of the building.

To realise their vision they're working with French designer Joseph Dirand who they've previously collaborated with on Girafe and Loulou. Dirand is also in London working on The Chancery Rosewood which is taking over the old US Embassy site. If the picture above looks familiar it's because the previous designer at 16 Charles Street was also responsible for the gilt encrusted dining room at The Ritz in London.

We don't know much more than that - but we'll update this story when we get more information.