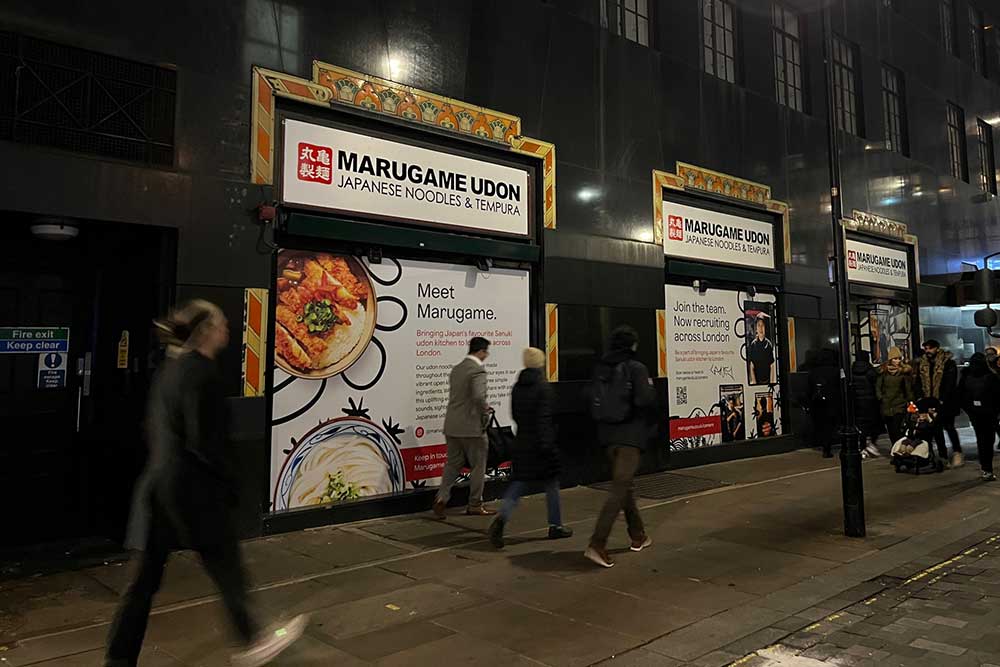 Updated 11/1/22 with dates and another location!

When one door closes, another opens and Londoners have definitely got the better end of the deal with this particular restaurant changeover on Argyll Street.

Taking over the old Garfunkels site, beloved only of confused tourists, is the udon chain Marugame. It'll turn out to be Marugame's fifth opening in quick succession in the city, following their arrival in Spitalfields in the summer and The O2 last month.

We say fifth because that's not the only place near Oxford Street that the group are opening a restaurant at. While wandering around the West End we spotted yet another branch that's opening at St Christopher's Place. It's taken over the old Jigsaw store and it turns out that's actually opening first.  On top of that, they'll also be opening in Canary Wharf on the same day.

if you're still unfamiliar with them, the self-service restaurant is all about noodles, which are made in house and in front of you. The London branches were the first of the chain to introduce vegan versions to the menu. You can also order tempura and omusubi (seaweed rice wraps) alongside rice bowls and gyoza.

Looks like Marugame Udon's takeover plans for London are well underway. It's getting hard to keep up, frankly. 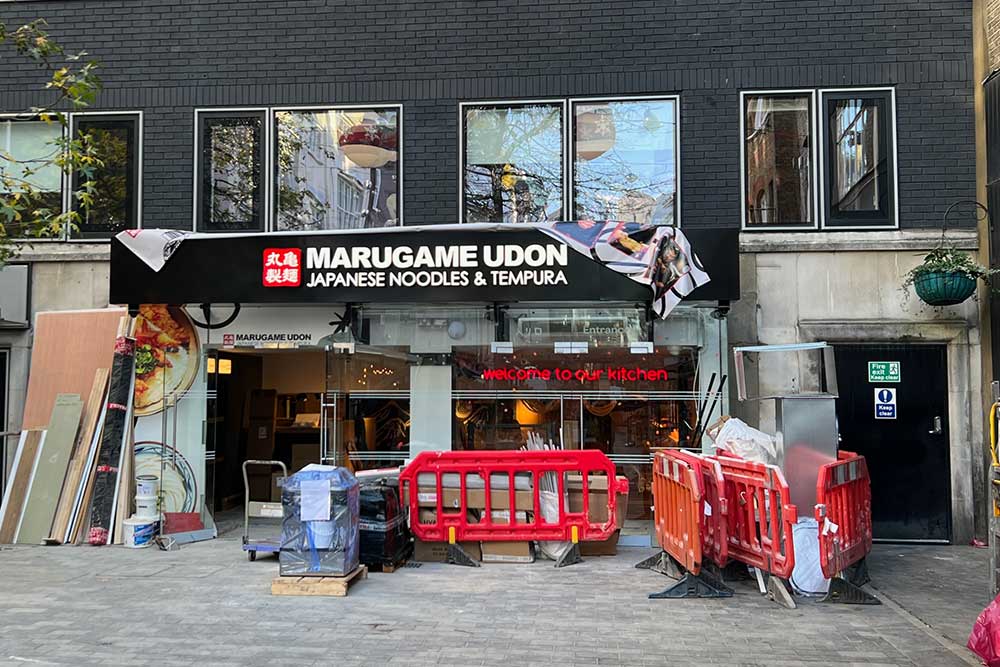