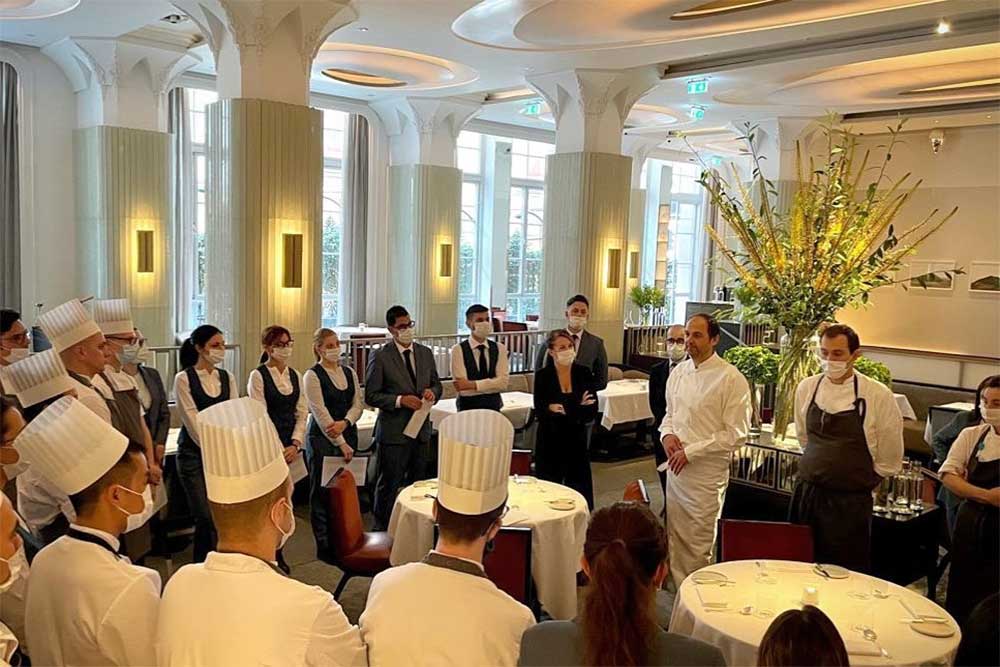 There's big (and surprising) news from the Claridge's camp this week. All was not well, it seems, in the land of Davies and Brook. The problem stemmed from Daniel Humm's desire to switch the restaurant to a fully plant-based menu - as he had with his New York restaurant Eleven Madison Park. It was a decision that was met with resistance from the hotel's owner Paddy McKillen.

Rumours reached Hot Dinners this week from multiple sources about the disagreement between Humm and McKillen over the restaurant's direction. And from Linkedin, it was clear that Davies and Brook's Executive Chef Dmitri Magi was already looking for a new job.

Now comes confirmation from the hotel itself that Daniel Humm is indeed leaving at the end of the year. An official statement said:

"We wish to thank Daniel Humm and his extraordinary team at Davies and Brook for what they have created here at Claridge’s since they opened in 2019, gaining accolades along the way under challenging circumstances.

We completely respect and understand the culinary direction of a fully plant-based menu that Daniel has decided to embrace and champion and now wants to introduce in London. However, this is not the path we wish to follow here at Claridge’s at the moment, and therefore, regretfully, we have mutually agreed to go our separate ways."

The restaurant's last service under Humm will be at the end of December, just over two years since it opened. So if you want to visit it in its current guise, you've got just weeks to get your reservation in.

After that, we're still waiting for confirmation as to what's next - that is, whether the restaurant will completely close for another full revamp or more swiftly reopen under a new chef. After all, Fera continued for some while after Simon Rogan left. We'll update you as soon as we learn how this pans out.

More about Davies and Brook at Claridge's

Where is it? Brook Street, Mayfair, London W1K 4HR