How to make the Squid Game Dalgona candy recipe at home 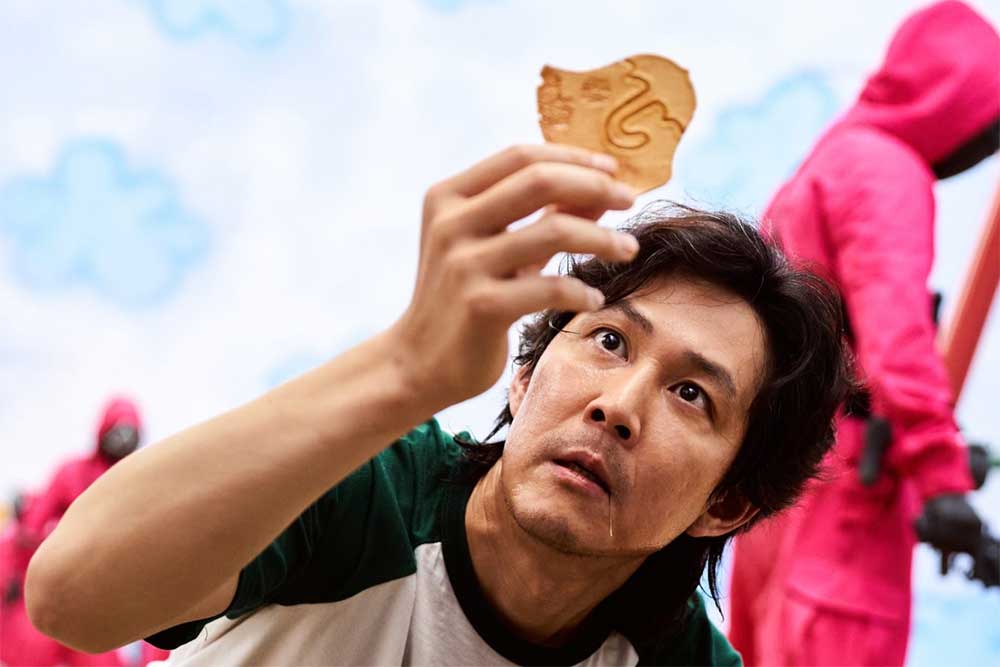 Without wanting to give anything away if you haven't already binge-watched Squid Game, this is your spoiler warning to click away if you've not yet made it past Episode 3.

For those of you who are still with us, Hot Dinners have become slightly obsessed with the Dalgona candy that formed the honeycomb challenge in the TV show's second game. What exactly do they taste like? And, more importantly, how could we make them ourselves?

So, we decided to ask someone who ought to know better than anyone else, Korean restaurateur Linda Lee. Lee owns On The Bab (Shoreditch, St Paul's) and KOBA (Fitzrovia). This summer, she also expanded into south London with a new kitchen doing delivery from Vauxhall to Battersea.

Here's her childhood recipe for homemade ppoopgi or dalgona candy. Now you can make it yourself and see whether you'd fare any better than the characters in the show under pressure.

1. Prepare a baking tray with a baking sheet.

2. Add three tablespoons of white sugar into a very small pan and melt in low heat while stirring for about two minutes.

3. Once all the sugar has melted, remove the pan from the heat and add 1 pinch of baking soda. Stir until the mixture becomes airy and becomes light-brown colour.

4. Pour the mixture onto a baking tray and flatten with a non-stick object (e.g. small stainless pot)

5. Use a cookie cutter to firmly press into (but not through) the candy to make the desired shape.

6. Cool for one minute and serve.

Now try and release the shape under time-pressure (maybe not the threat of gunfire, though...)

More about On the Bab and KOBA