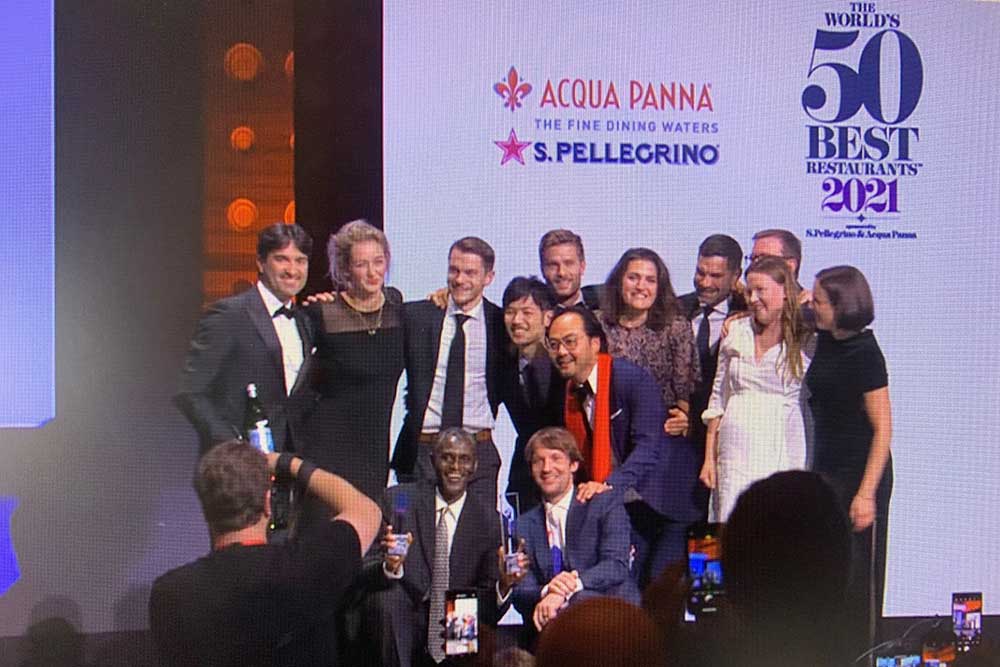 The World's 50 Best Restaurants awards are back - and Noma is at the top again.

Antwerp was the scene for this year's announcement - the first for two years. The festivities kicked off with Massimo Bottura doing the red carpet arrivals. And we have to hope that everyone attending was required to take tests or be fully vaccinated based on his effusive welcoming of them all. It also looked like the dress code had been upped a bit, with most of the attendees wearing black tie. After such a long time not seeing each other because of the pandemic, the chefs were ready to PARTY.

After an extended introduction, we got to the awards and London was pretty much the first mention with Ikoyi picking up the American Express One To Watch award. 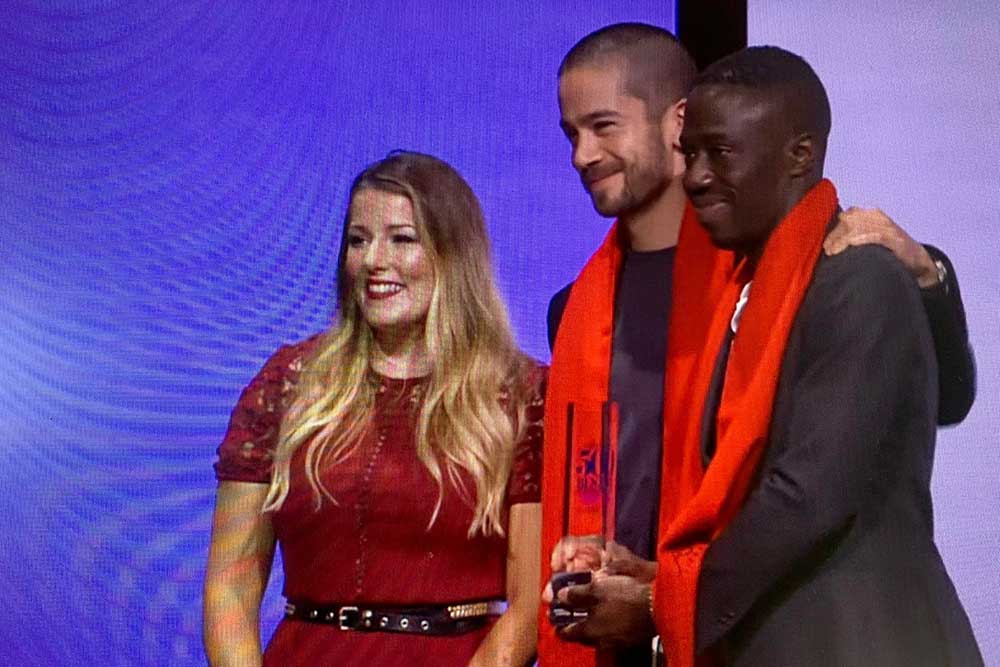 New entries to the Top 50 included Wolfgat from South Africa, Noblehart & Schmutzig in Berlin and Atomix in New York (which was widely expected to be in the Top 50). Joining them was Florilege from Tokyo, Singlethread from Healdsburg (last year's One to Watch), Burnt Ends in Singapore, Reale in Italy and Diverxo from Madrid.

The highest new entry in this year's list was Lido 84. And the highest climber was Hong Kong's The Chairman at No 10.

The Estrella Damm Chefs' Choice Award was Victor Arguinzoniz from Etxebarri who was very pleased, saying it was perhaps the most important in his career. And Dominique Crenn of Atelier Crenn in San Francisco picked up the Icon Award.

Of course, what we were really interested in was how London was going to fare on the list. The answer was an uneventful one with Lyle's holding on to its position at 33 and The Clove Club slipping slightly from 27 to 32 and no new entries.

But the night really went to René Redzepi and his team at Noma who regained the top spot on the list in their new guise. Back in 2010 their propulsion to the top of the list was really what brought this list to international attention. "It's the best birthday present anyone could ask for," he said. "It's a feeling that makes us all want to keep pushing, keep developing new things."