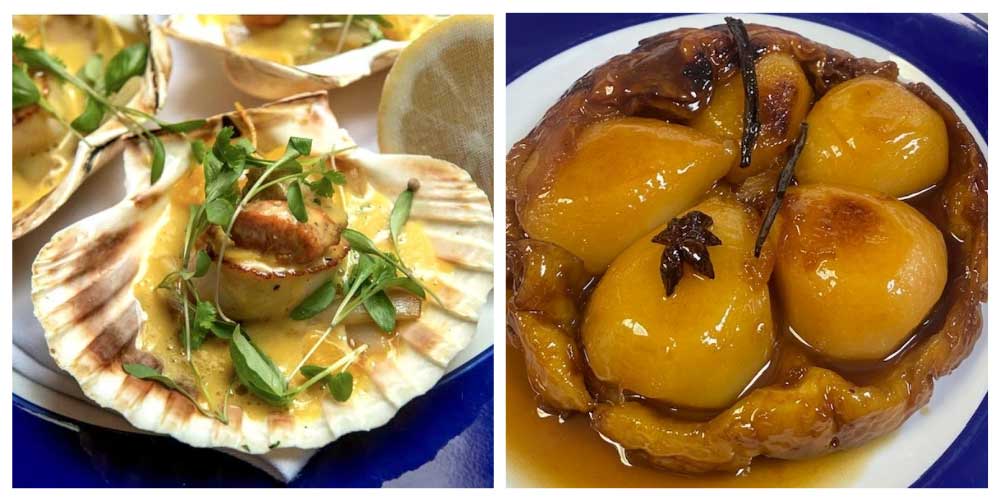 It looks as though Crouch End has just got itself a rather interesting new restaurant. Les 2 Garcons opened up a few weeks back, taking over the old Nickel site on Crouch Hill (Nickel's moved to bigger premises across the road).

The 'deux garcons' behind the venture are chef Robert Reid and front-of-house/wine merchant Jean-Christophe Slowik. And they're a pair with a very interesting London restaurant background, having met while working at Marco Pierre White's three Michelin-starred The Oak Room. Robert then went on to work as Head Chef at Home House before becoming Executive Chef at Balthazar London. As for JC - who was part of Marco's team in the early days of Harvey's - he's been busy running L'absinthe restaurant for 11 years in Primrose Hill.

Having worked for other people for so long, the idea of running their own place had been a long-held dream. "After many nights drinking and talking about opening our own restaurant, we have done it, here where we both live in Crouch End."

Following a crowdfunder, the restaurant has now opened up, serving "very traditional French food - think cuisine bourgeois but with a twist." So the menu features:

There'll also be specials on a blackboard. Along with what's bound to be a good cheeseboard, desserts include a very special looking pear tart tatin and rum baba with Chantilly cream.

The wine list is an edited hit list of mainly French and Italian options with house wines kicking off at £25 but some rather special picks from Robert and Jean-Christophe including a 2018 Domaine Michelot Mersault at £70.