Lina Stores expands its pasta empire into The City, Clapham and Marylebone 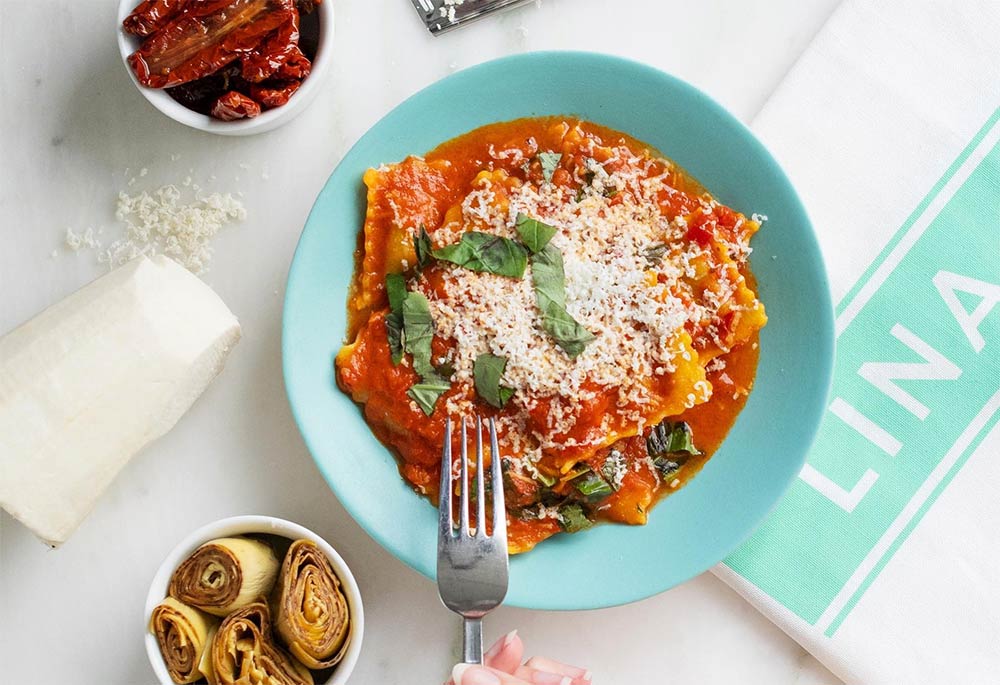 Fans of Lina Stores, the distinctive pistachio-green pasta restaurant and deli will be delighted with the news that they are branching out and they have some significant plans. Brace yourselves, though; we have mixed emotions, given they’re taking over the premises of some pretty impressive London venues, which won’t be re-opening.

First up (and open now), Lina Stores City has taken over the Bloomberg Arcade site that was previously home to Andrew Wong’s Michelin-starred Kym’s restaurant (which Andrew Wong decided not to re-open a year ago). The layout is broadly the same as before with ground-floor restaurant and further seating on the mezzanine which they'll have available for private(ish) parties. The tree from Kym's is gone, alas, and replaced by a bar.

Next up is Lina Stores Marylebone, where they've taken over a two-storey building. There, the ground floor will be an all-day restaurant with an open kitchen. New to the menu there will be a new range of bigger sharing pasta dishes and secondi and they're also planning more dolci. The restaurant will have more seating in the lower ground where they say "aperitivi and amari will be served from the feature art-déco bar".

There will also be a full Lina Stores deli on the ground floor that will become a wine bar at night - which sounds similar to the set-up at King's Cross.

Finally, Clapham residents, sit up. Lina Stores is taking over the sites formerly occupied by chef Robin Gill’s establishments (Gill announced the closure in August 2020). We’re expecting a Lina Stores restaurant where The Dairy once stood and a deli in the place of Counter Culture.

Here’s a sample of what you can enjoy if you’ve not had the pleasure of Lina Stores before:

It’s been an ambitious journey for Lina Stores, more so if you can remember when they started out way back in 1944 as a cute little deli on Soho’s Brewer Street. They've even expanded into places as far afield as Omotesando, Tokyo, recently.

Where are they? Bloomberg Arcade. Clapham and Marylebone