Mayfair gets a new Parisian bar Below des Prés 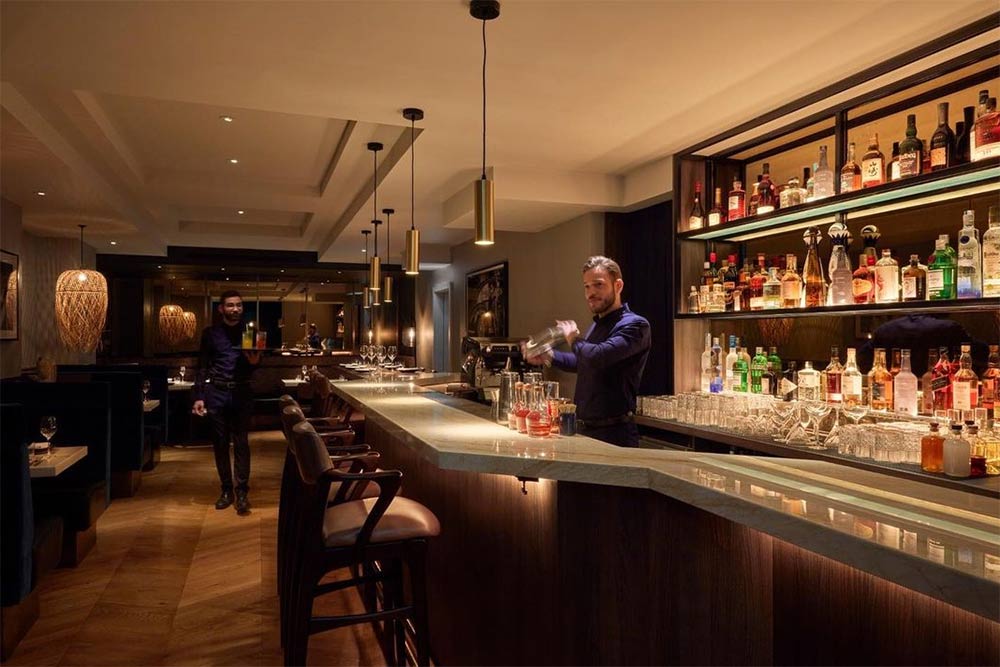 If you’re hankering for an intimate little cocktail bar that reminds you of St-Germain-des-Prés but without the Eurostar queues, well we have just the thing. But first, let us remind you of the Michelin-starred French version of Jamie Oliver. What? Well, that’s how we referenced chef Cyril Lignac, when we told you about his new Mayfair restaurant Bar des Prés that opened a few months ago. Now comes the news that he’s opened a bar downstairs. It’s called Below des Prés. Bien sûr!

Anyone wishing for a secret rendezvous can enjoy drinks in one of Below des Prés’ intimate booths or settle in for counter dining with à la carte menu choices from its French-Japanese restaurant above.

We’re also told it has one of Mayfair’s ‘most accessible by-the-glass’ wine lists too, which is quite a big call for this part of town. Whether you settle on a modest Pinot Blanc from Alsace or a a glass of Corton-Charlemagne Grand Crus (2015) from Burgundy is up to you.

We like the sound of cocktails too - including the Germanopratin (gin, St Germain, cucumber, lemon juice and Champagne) and the Mayfair Sour (Talisker 10 whisky, coconut, ginger, lemon, tonka tincture, egg white) which should cover all moods and occasions.

More about Below des Prés

Where is it? 6 Albemarle St, Mayfair, London W1S 4HW