L'Epicerie is the latest addition to Claridge's, a private restaurant in their kitchens 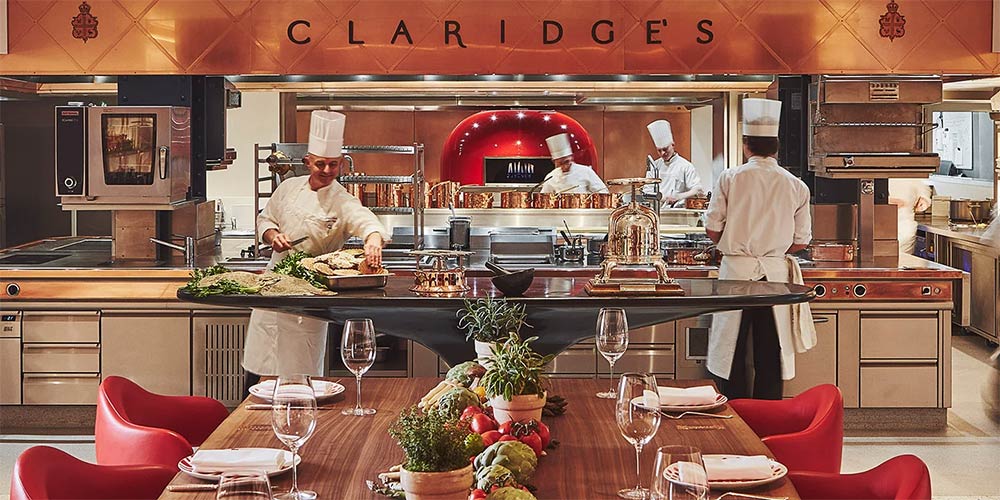 Claridges, already home to Davies and Brook, two bars, and another restaurant in the foyer, has managed to eke out some extra space for just one more restaurant.

This time, it's down in the belly of the hotel in the kitchens. They've created a space called L'Epicerie which sees 14 people seated on a dining table in the heart of the kitchen. It's right in the action, with everything finished off on the pass in front of you. As you can imagine from Claridge's, it looks very smart.

The room will be used for all sorts of different occasions, including private dining, special wine dinners, masterclasses and more. Private dinners start at £150 per person, while the "interactive experiences" kick off at £350. If that's just a little too much for you, then head to Brook Street where there's a L'Epicerie pop-up, where you can find herbs, spices, caviar, Claridge's homeware and more goodies.

Where is it? Claridge's, Brook St, London W1K 4HR