Paul Rudd is obsessed with the food at Darjeeling Express. It's official. 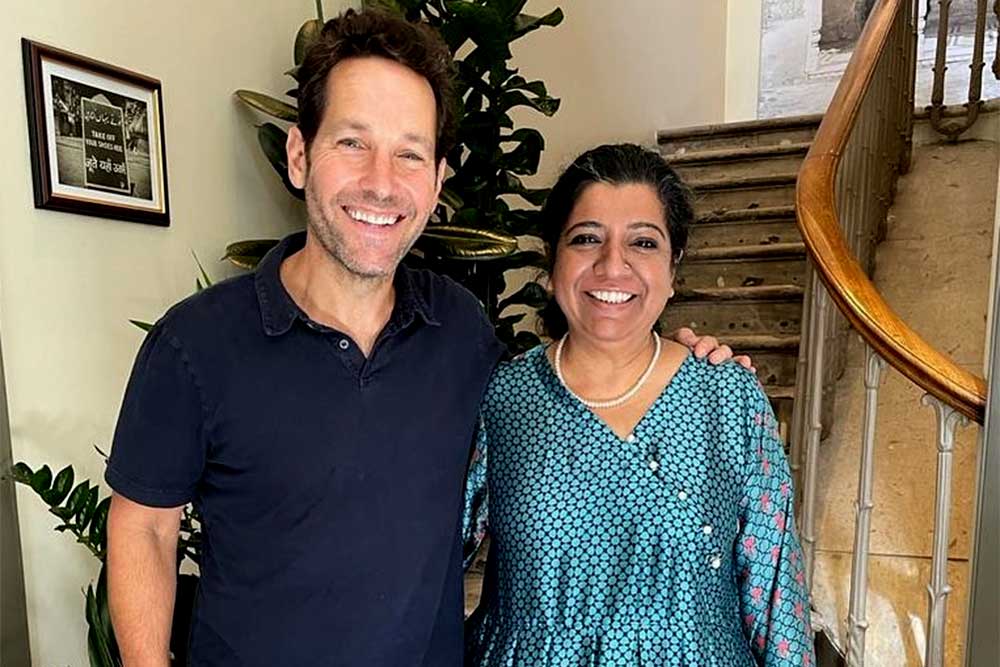 When restaurateur and Netflix star Asma Khan tweeted the picture of Hollywood A-listers Paul Rudd and Dan Levy dining at her restaurant, Darjeeling Express, it broke the internet.

When Paul Rudd returns to your restaurant and brings Dan Levy with him!!! pic.twitter.com/pkRtnF9pDt

This weekend the film star, who's currently in London filming the next Ant-Man movie, returned to Darjeeling Express for a THIRD time, attending their regular biryani supperclub.

Welcome back to @Darjeelingldn Paul Rudd! Today was our #BiryaniSupperclub and I was so happy to serve #Calcutta Dum Biryani to Paul. pic.twitter.com/5FA5Y153lL

He's clearly obsessed with Khan's food, although others suggested Asma herself might be part of the restaurant's allure.

Obviously the food is incredible but are we sure he’s not just obsessed with you @Asma_KhanLDN?

What we particularly loved hearing was in an interview Asma had with US website Insider in which she revealed this gorgeous nugget about Rudd's last visit. Upon hearing that one staff member wasn't there because she was back in India looking after her father with Covid he insisted on Facetiming her and having a nice chat. "I thought that was just the most beautiful thing he did. He talked to her in an unhurried way."

We're with Marvel.com Editor Rachel Paige who tweeted: "I want a 7-part miniseries about Paul Rudd and Dan Levy going out for dinner". Same.