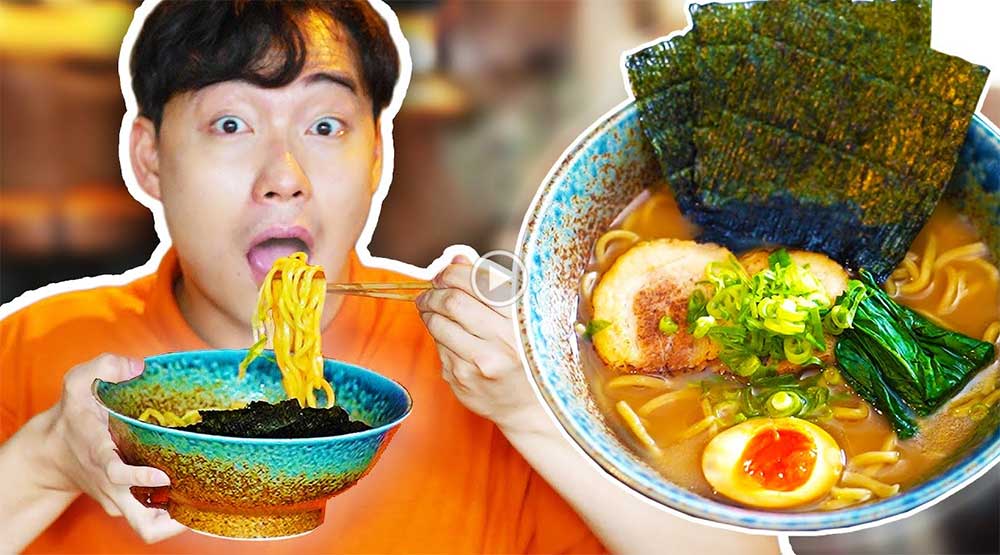 If you're one of Uncle Roger's (aka comedian Nigel Ng) legions of fans, you'll probably have seen his video last night with news of his upcoming ramen tie-in. Fresh from conquering the world of egg fried rice, and as a celebration of hitting the 4m followers mark, Uncle Roger has switched his attentions to ramen.

In his latest video he teams up with cult Cardiff pop-up Matsudai Ramen to cook up a bowl of ‘Iekei-inspired’ Yokohama-style, Tonkotsu Ramen. But this isn't just a ramen you watch, it will soon be a ramen you can try yourself.

The Iekei-style ramen (pronounced E-A-K) was first invented by Minora Yoshimura way back in 1974. It features rich pork and chicken bone soup flavoured with shoyu tare and schmaltz. The noodles are thick, flat, short, slightly wavy, and yellow. Normally the only way you'd be able to make one of these ramens is with Yoshimura's own noodles, so this particular ramen is therefore ‘iekei-inspired.’

The duo have just released pre-orders for the delivery kit online, plus there'll be a ramen pop-up hitting London this October. Matsudai are taking over the BFI Stephen Street space in London for a month, and it's a fairly good bet that you'll probably see Uncle Roger popping in at some point.