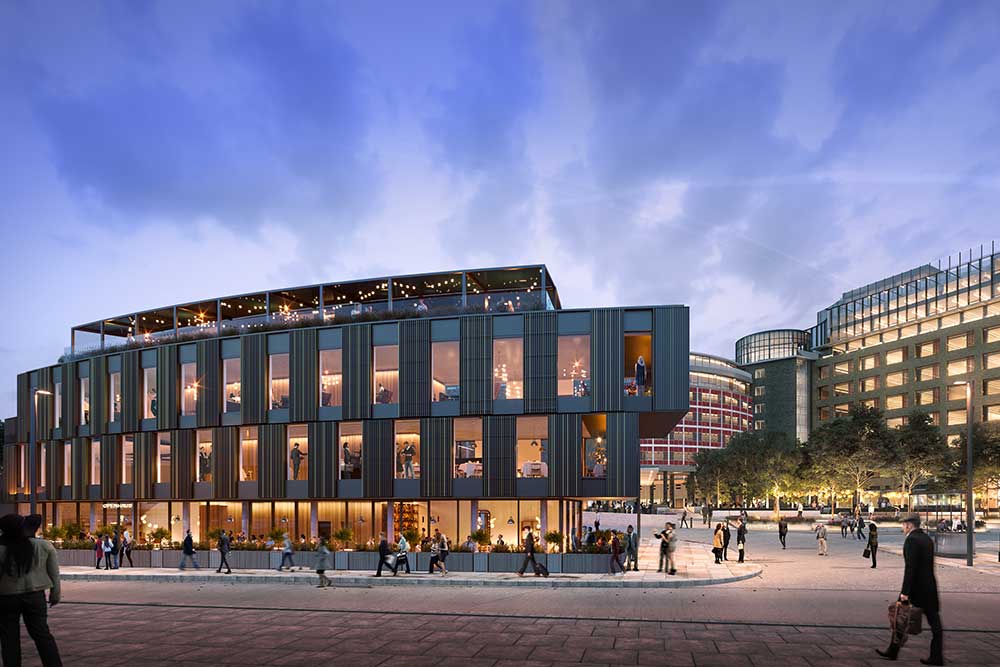 When it's not being stormed by geographically-challenged anti-vaxxers, the White City Television Centre development is usually packed with West Londoners enjoying all the restaurants and bars in the area. And from this Autumn it's going to have another large eating and drinking spot for them to try.

The Broadcaster is going to be the next big thing from Open House - the folk behind the massive moneymaker The Lighterman at King's Cross. They're a team who know just how to run a super popular venue, so hopes are high that this four-storey restaurant and bar will hit similar heights.

The building itself is a new build at the entrance to White City. The ground floor will be a casual pub experience while the first floor will be a more formal dining room. At the top, there's going to be a large pergola rooftop bar, opening in Spring 2022, which will be a boon to anyone who couldn't afford the membership fee at Soho House across the square. That will serve bar snacks and BBQ. All the food will focus on "sustainable, local, British produce" and the beer and spirits offering will follow a similar path.

More about The Broadcaster