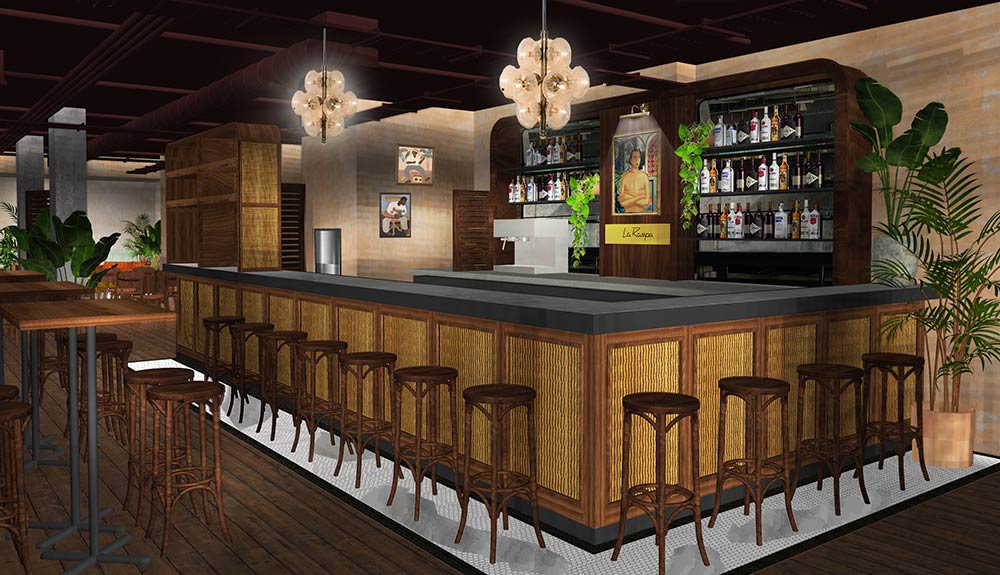 In a nutshell: Cuban food and cocktails

Summing it all up: The people who brought London Casa Do Frango are now turning their attention to Cuba. Bar La Rampa will be dedicated to all things Cuban, aiming for an authentic evocation of the country. In charge of the menu are the people behind TA TA Eatery and, yes, there will be Cuban sandwiches.

The people behind Casa Do Frango (as well as Kol and Vinegar Yard) are getting ready for their next opening, and they're bringing Ana Gonçalves and Zijun Meng of TA TA Eatery along for the ride. That duo has recently had a big impact with their menu at Mr Ji, so we're expecting big things from them here too.

Bar La Rampa is all about reimagining Cuban cuisine and drinks. It'll be centred around a menu of small plates that take their influences from Cuba and South America. Promised for that so far are:

Just as much emphasis will be on the drinks as the food, with mixologist and bartender, Marcis Dzelzainis (previously Sager + Wilde, 69 Colebrooke Row and Dandelyan) in charge. He's taking particular influence from Havana from the 1920s through to the 1950s, with drinks including the Hemingway-influenced "Papa Doble" and a "Jennings Cox" cocktail named after the person who invented the daiquiri.

The bar is just a couple of minutes walk from Oxford Circus (taking over that big old Carluccio's on Market Place) and they will, of course, have a big alfresco space and an interior designed to evoke old Havana, with paintings and design input from Cuban artists.