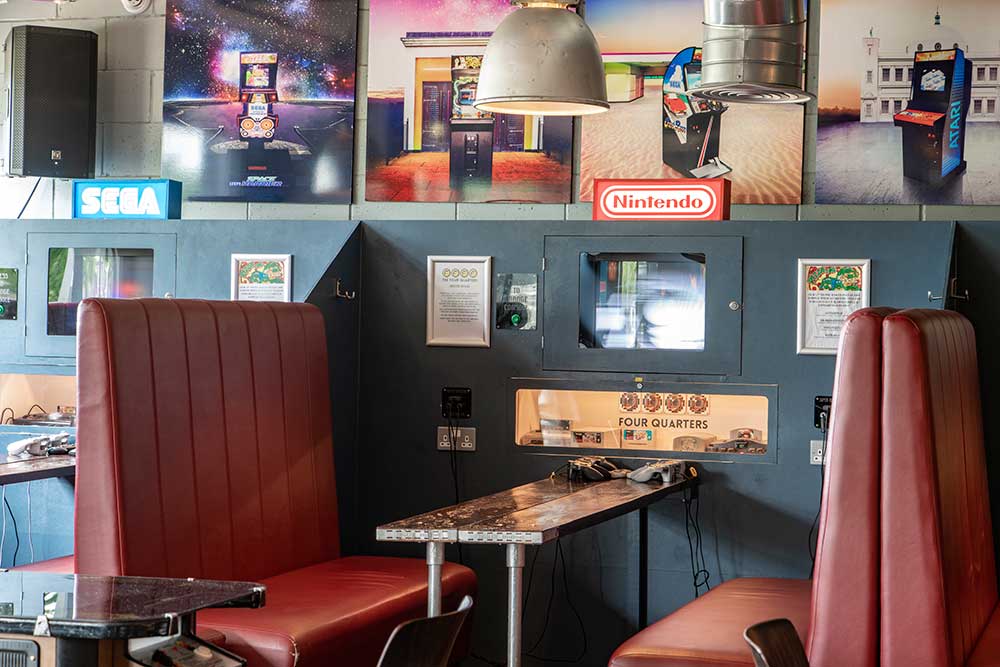 The original Four Quarters in Peckham Rye was a game-changer - a bar meets gaming arcade. Five years ago they opened their second bar, this time in Stratford, and now they're expanding again.

Their latest bar will be in the huge new Elephant Park development in Elephant & Castle. It's going to be the group's biggest opening to date with over 30 retro arcade machines, eight vintage console booths and two large-screen projection gaming areas. There'll even be alfresco gaming action with screen's built into the building's walls so you can play them from booths outdoors.

As for the food and drink side of things, the menu's pretty much what you'd expect - burgers food and beers are going to be the order of the day here.

Where is it? Elephant Park, Elephant Rd, London SE17 1UB