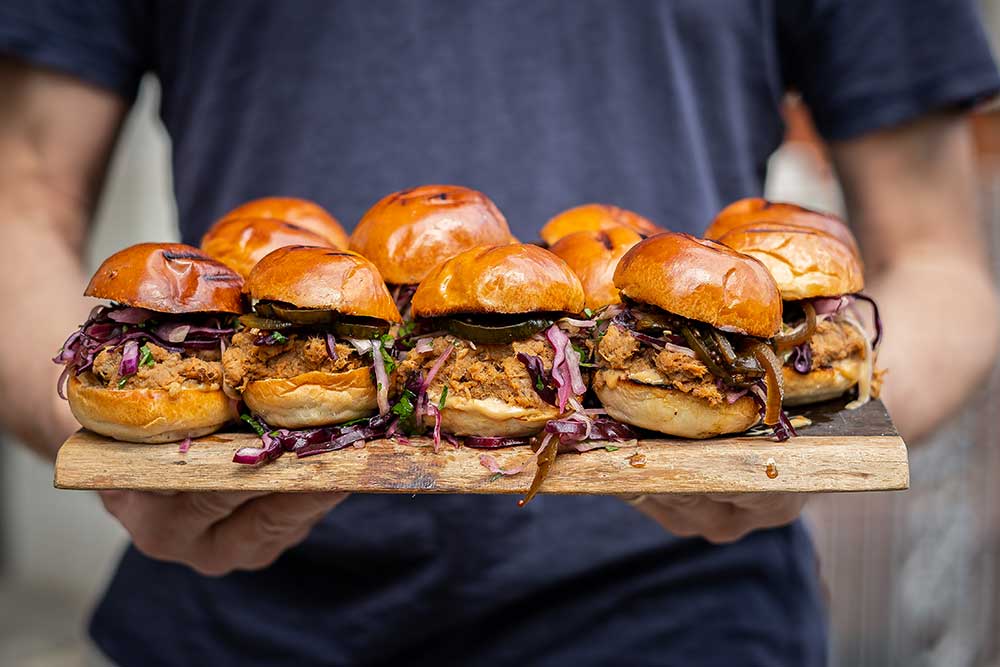 Most of us celebrate our birthdays with a night out. But in restaurant world it's a little different, so the folk at Pitt Cue Co are launching a restaurant kit instead.

The BBQ guys may not have a restaurant in London anymore, but this year marks a decade since they first hit the London food scene with their trailer under Hungerford Bridge. Back then, we reported on the arrival of the BBQ trailer - little knowing that the venture would go on to launch the careers of Tom Adams (now at Coombeshead) and co-owner Jamie Berger.

Things foundered a little when the duo sold the business and it moved from its first restaurant site in Carnaby to larger premises in the City. But now the company's back in Berger's hands and plans are afoot to reopen the restaurant this year.

In the meantime - and going back to birthday plans - they're launching a series of kits for their 10th birthday. The Pulled Pork Bun Box sound very doable. Each kit contains shoulder of British rare-breed pork rubbed with a signature blend of herbs and spices and smoked slowly over hardwood with vinegar slaw, bread and butter pickles, BBQ mayo, and a hot sauce created with former Pitt Cue chef Jack Ellingham.

But that's not all, you'll also be able to buy one of their Old Fashioned Kits made with Pitt Cue 10th Anniversary 10 Year Old WhistlePig Rye Whiskey (although we're a bit sad it wasn't a Pickle Back kit). They've also brewed up an anniversary pale ale too.