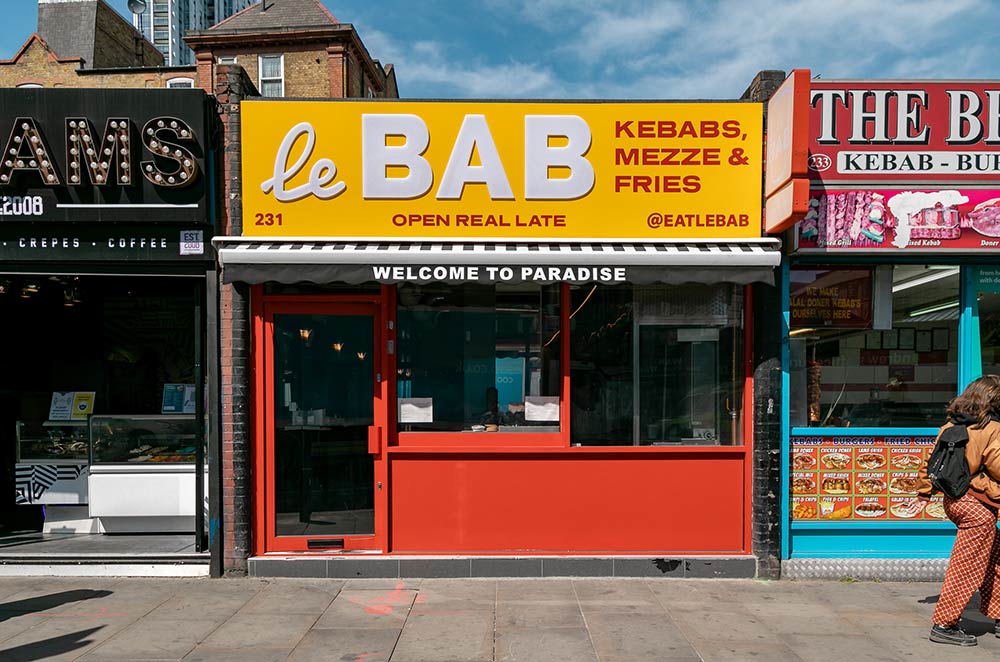 In a nutshell: Le Bab sized down

Summing it all up: Le Bab are opening a new restaurant in Shoreditch - but this time they're going for a pint-sized classic kebab shop vibe. It'll be open late night too - if you fancy a kebab at 5am

Le Bab have been slowly growing, most recently becoming part of Kraft Dalston, and now they're coming to Old Street in a very different guise. This time it's going to be a late-night kebab shop that'll be opening until 5am. Kebabs at 5am really is a sign that London is open again.

It'll be a small affair, seating only 20 inside - either on stools around the counter or at a single banquette at the back. So good luck on getting a seat.

There will be some of the classics from Le Bab's other restaurants alongside a new special, just for this restaurant. That's the Pepperoni Pork Shawarma - with their pork shawarma combined with the flavours of pepperoni pizza: spicy soppressata, tomato pork jus, mozzarella fondue, basil & parsley. We would totally have one of those. We also completely crave the Meat Butter Naan - that's reduced beef jus, British sea salt butter and garlic, spread over home-baked naan and topped with Syrian za’atar.

Vibes will be important - particularly late at night - so they have a UK hip-hop-centred playlist that's a collaboration between by Le Bab's Stephen Tozer and grime artist Big Zuu. As for the look, it's somewhat reminiscent of the outside of their hidden away restaurant in Covent Garden, the excellent Kebab Queen.