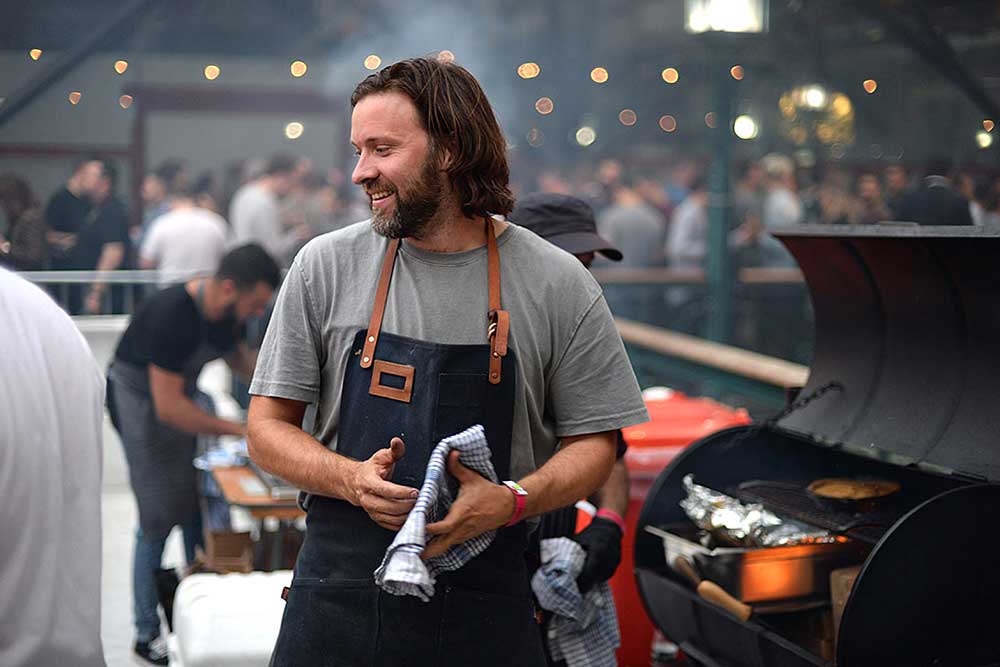 As sure a sign that London is returning to some kind of normality is the revival of some of the city's food festivals. So we're happy to report that, after a fallow year, Meatopia is coming back in September.

The meat and fire festival is returning to Tobacco Dock for what will be its eighth year of showcasing great chefs, loads of 'cue, along with a fair amount of drinking and music.

They've now revealed the headliners for this year's festival who comprise Niklas Ekstedt, making an appearance ahead of his upcoming London opening Ekstedt At The Yard. It's a first time at Meatopia for Sarit Packer and Itamar Srulovich from Honey & Co. We've been drooling at Melissa Thompson AKA Fowl Mouths Food's BBQ recipes on Insta this past year - she'll be making her debut this year too as will Big Has and Bristol BBQ expert Genevieve Taylor. Finally there's regular returnee Richard Turner who is the founding father at Meatopia.

Here's who else is coming:

It all sounds right up our street, so we'll see you there.

How to book: Get tickets online