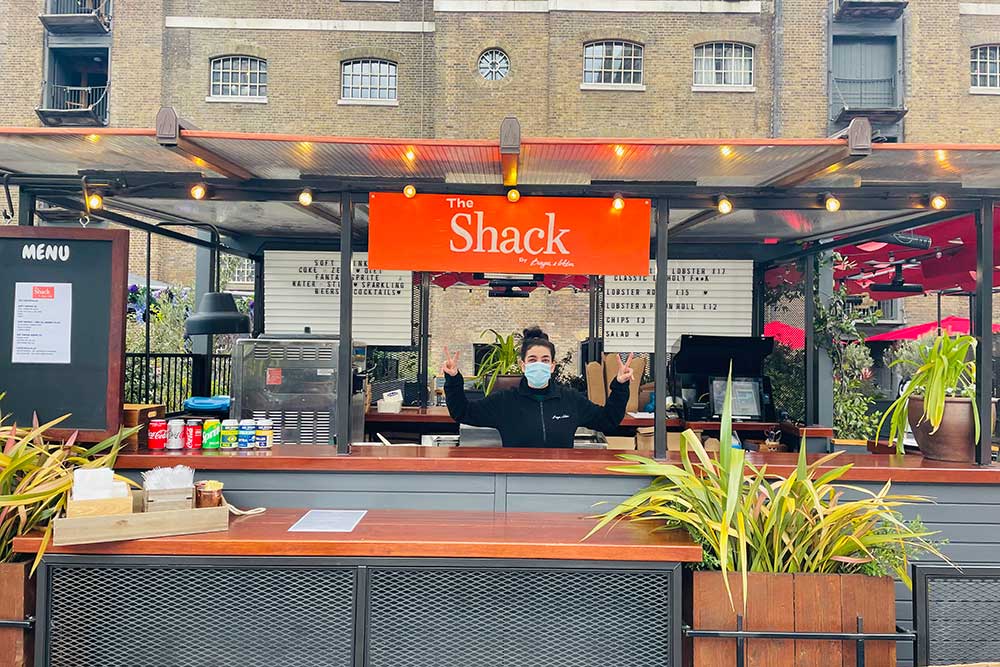 Even if the temperature doesn't quite match the blue skies, it's clear that summer is on its way and over at Canary Wharf, Burger & Lobster are ready for it. Their West India Quay branch has just opened up a lobster shack down by the water, serving up takeaway lobster dishes and drinks.

There's grilled classic lobster - or you can opt for one marinated in The Ribman's Holy Fuck sauce. Alongside that they're doing three lobster rolls:

There's also going to be soft-serve ice cream along with beers, cider, soft drinks and cocktails. So grab a lobster roll and a cold glass of something and pretend like you're on your hols in Cornwall, or somewhere even further afield.

More about The Shack by Burger & Lobster