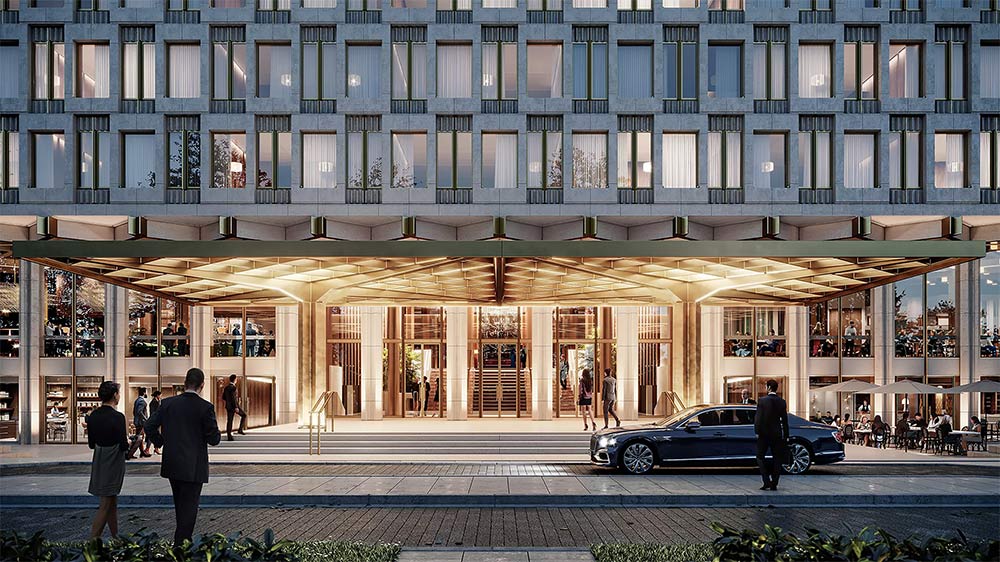 If you've been wondering what's being planned with the old American Embassy site on Grosvenor Square (now that they have their fancy new building opposite Darby's), then wonder no longer. It's going to be a new Rosewood Hotel, called The Chancery Rosewood. That's from the same group behind Rosewood London, which features Holborn Dining Room as the main restaurant (confusingly, that's the hotel that's actually near Chancery Lane).

The building in question is Grade II listed, originally designed by Eero Saarinen and opened in 1960, so don't expect much of a change to the exterior, which is being adapted by British architect Sir David Chipperfield. French architect Joseph Dirand is taking over the interiors, and we can expect an Art Deco vibe that apparently is also "channelling the ambience of a traditional British gentlemen's club".

It promises to be one of London's largest hotel openings in years. It'll have 139 rooms, a ballroom with space for 750, five shops and, of course, new restaurants. Will they be able to get someone of the calibre of Calum Franklin who put Holborn Dining Room on the map for them? We'll have to see.

As part of this, Grosvenor Square itself is also being renovated - so expect to hear a lot more about that in the years ahead.

More about The Chancery Rosewood

Where is it? 1 Grosvenor Square, Mayfair, London W1K 4BN