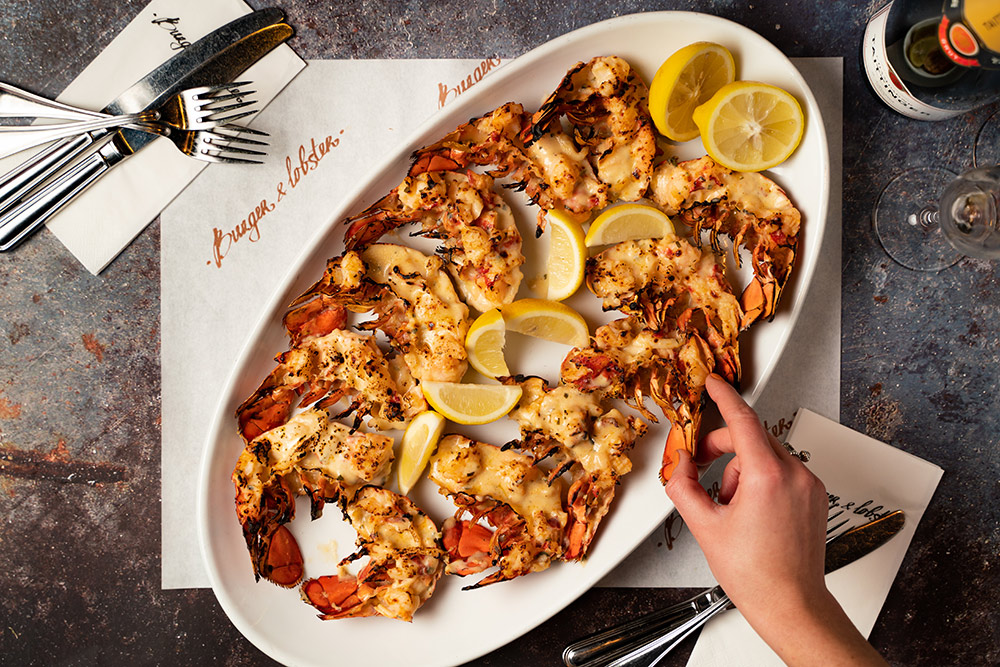 Burger & Lobster already have two meal kits covering the basics - the lobster roll and the burger (and we were pretty taken with the lobster roll). Now they're putting on something a little fancier - lobster thermidor.

Their Lobster Thermidor Kit is a strictly limited edition and comes with either four or six whole lobster tails, already halved, pre-steamed and prepared - so all you need to do is finish the cooking and plate up. In addition to that, there's fresh lemon, Grana Padano cheese and, of course, their Thermidor sauce.

They say it's just in time for Mother's day - but we think that pretty much anyone would be up for a plate of lobster.

More about the Lobster Thermidor Kit

When? Available now, until 10 February

How to book: Order online