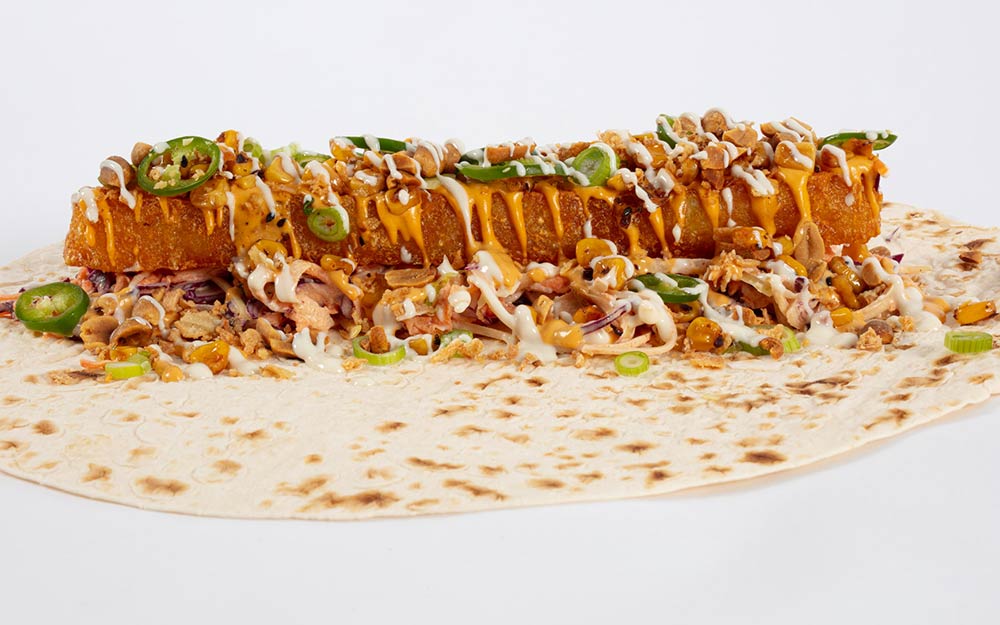 Next up for Tom Kerridge in London, is a very different type of venture. This time he's teaming up with Mark Emms to create Bad Vegan, which will be coming to the top floor of Camden's Buck Street Market.

The "bad" part of the name comes from the fact that although the menu will be predominantly vegan - they will actually have non-vegan sides and toppings (but with strict working rules to make sure that the non-vegan stuff is kept well away from those who want to avoid it).

It's something of an odd concept, but as Mark Emms explains: “For so long there has been such limited vegan options at the majority of restaurants, with plant-based eaters having to pick between one or two dishes. We wanted to flip this around and create a space where plant food led the menu, but somewhere that both vegans and non-vegans would be excited to visit."

Soft launch info: They're giving away free taternators from 12-2pm on opening day