Notting Hill's The Cow pub is facing a battle for survival 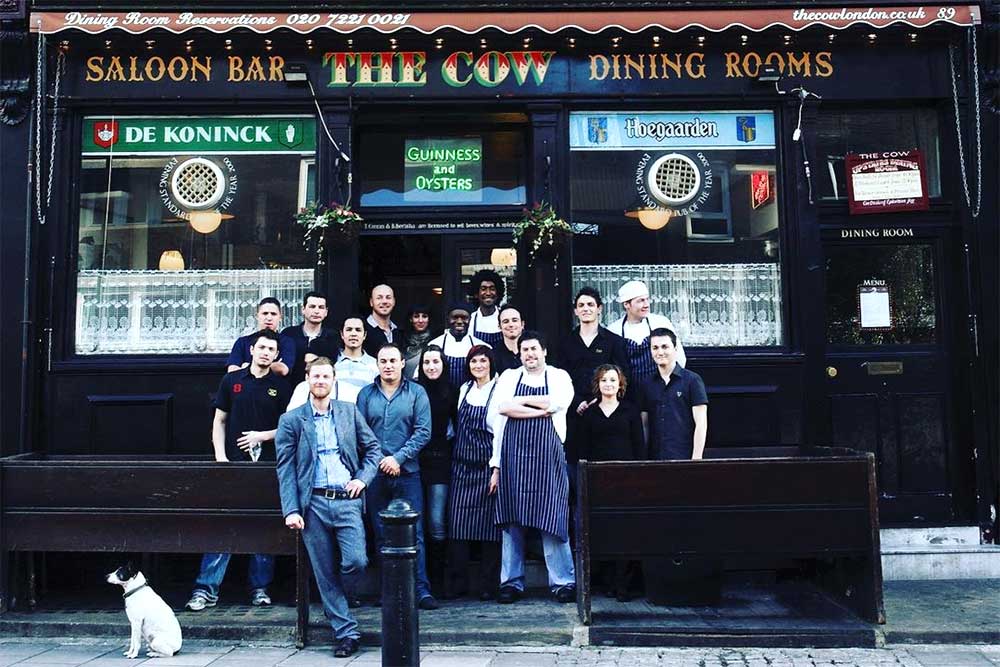 Our hearts go out to The Cow pub in Westbourne Grove. Not only are they having to deal with the commercial fallout from not having been open for most of the past 12 months because of lockdown. But now, Westminster Council have begun proceedings to review their licence. According to their post on Instagram, this was instigated "under the grounds of prevention of public nuisance, public safety and the prevention of crime and disorder."

As the kind of pub you're just as likely to see David Beckham sharing a quiet pint with Tom Cruise as you are foodies enjoying a plate of oysters with a perfectly poured Guinness, this is devastating news. But they're fighting back. They'd like anyone who has something positive to say about the pub's impact in the area to write to the council and to contradict any reports that it's a den of iniquity.

So far they've had promises of support from singer Ed Harcourt, fashionista Alex Eagle and model Jade Parfitt as well as chefs Robin Gill and Nina Parker and hundreds of locals.

If you're minded to help, they're asking you to email Westminster Council licensing@westminster.gov.uk and cc that to privateoffice@tomconranrestaurants.com with the reference 21/00981/LIREVP. Meanwhile, if you're local, you could order their lovely food on Deliveroo while we're still in lockdown.