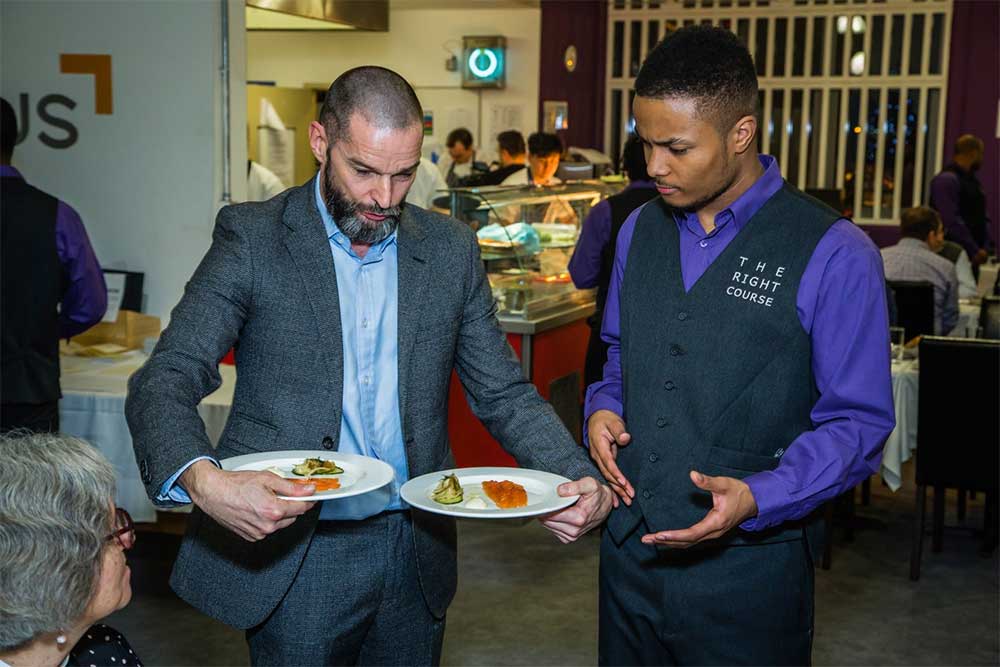 This week you'll probably have watched him presiding over the teen version of First Dates. But TV's best known GM Fred Sirieix is also about to open a new restaurant. The only thing is you won't be able to try it, unless you're a prison guard at Wormwood Scrubs.

The restaurant is the second opening from The Right Course - a charity programme founded by Fred. It aims to train up prisoners in hospitality giving them the skills they need to get jobs on their release from prison. To do that, they transform staff canteens in prisons, aiming to run them like high street restaurants. Their first opening was at HMP Isis in Thamesmead.

The Wormwood Scrubs project will feature both a coffee shop "and a full table service restaurant". As Fred explains, "The aim is to ensure offenders learn the skills and values of hospitality so that upon release they can gain employment thus reducing re-offending (currently about 50%) and helping to solve the skills and staff shortage in the restaurant hospitality business."

Prisoners taking part get the chance to cook alongside chef from some of London's top restaurants. Those who've taken part so far include Jose Pizarro, Chris Galvin and Joo Won from Galvin at Windows.

More about The Right Course