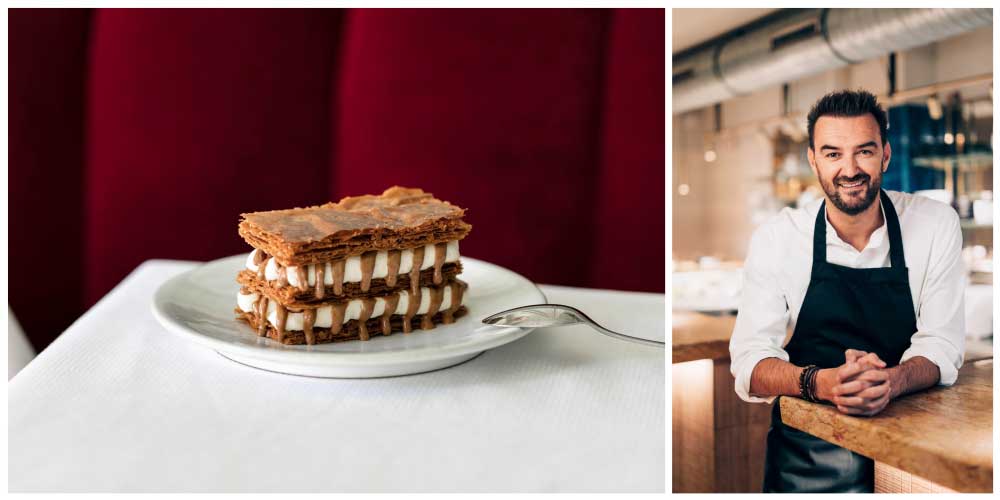 In a nutshell: Parisian hot spot expands to London

Summing it all up: Top French chef Cyril Lignac is hoping his brand of Parisian cool will sit well in London with this Mayfair restaurant being his first international opening.

He's a household name in France, and now chef Cyril Lignac is making his moves on London. He's bringing his Parisian restaurant Bar des Prés to Mayfair, and giving it a bit of an upgrade in the move.

If you haven't heard of Cyril before - and we'll confess we hadn't either - here's a bit of a primer. Think of him as the Michelin-starred French version of Jamie Oliver. Having trained with the likes of Alain Passard and Pierre Hermé, he became famous with a TV show called Oui Chef and parlayed that fame into opening various restaurants - he now has four in Paris.

The Paris Bar des Prés was known for only serving raw food - but the London version will have a menu of both warm and cold dishes. The menu might include;

As you might expect, from anyone who trained under a patisserie master like Hermé, desserts are going to be a big deal. There'll be Cyril’s take on French toast and a vanilla and pecan praline mille-feuille looks amazing.

Cocktails are quite a thing at Cyril's restaurants in Paris and the drinks list here will be a combination of Parisian favourites and London specials like the Mayfair Sour made with Yamazaki whisky, lemon juice, ginger syrup, coconut batida and tonka bean.

Taking over the old Indian Accent site, the London Bar des Prés is being designed by Sagrada who also did the Dover Street Arts Club.

Where is it? 16 Albemarle Street, London W1S 4HW