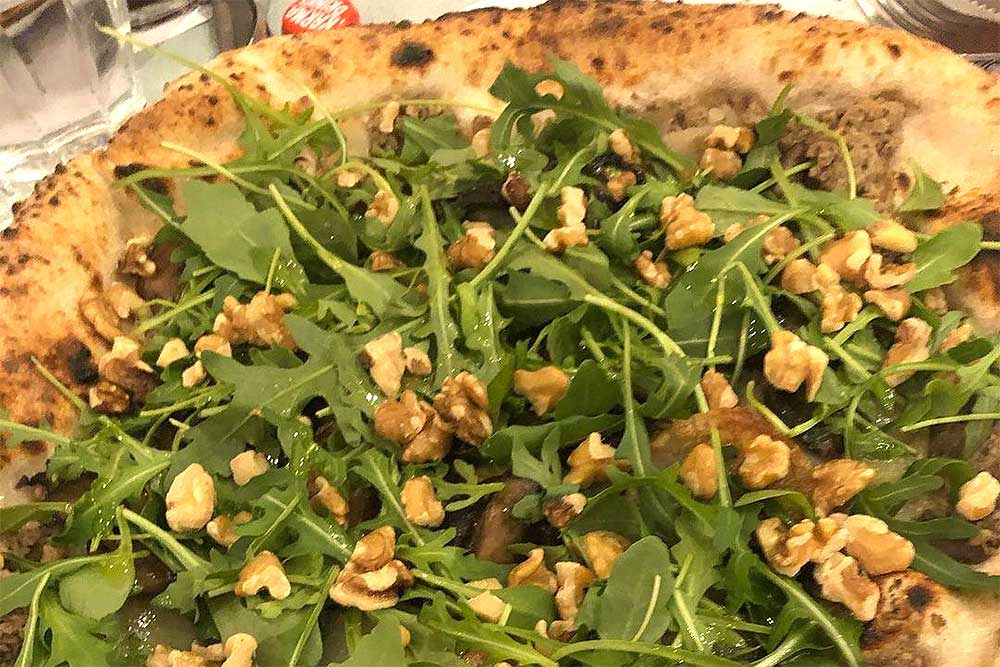 In a nutshell:  Vegan pizza for Ealing

Summing it all up: Coming from the same team as London's top tier pizzeria Santa Maria, this new vegan pizzeria is great news for London's veggie crowd.

When better to reveal news of your upcoming vegan pizza place than during Veganuary? And this is no ordinary pizza restaurant - it's from top London pizzeria Santa Maria.

The new vegan spin-off is going to be called Vergine Maria. Posting on Instagram this week they said: "We have always wanted to start a vegan project, we strongly believe that a plant-based diet is a sustainable and viable alternative that in the near future will be even more popular. That is why we have created Vergine Maria. We took a Santa Maria pizza and made it Virgin, makes sense, no?"

Vergine Maria will take over the company's original site in Ealing, as that moves further north in Ealing to Bond Street. The menu will be fully vegan with dishes and drinks you won't find in their other branches and they're also planning other non-pizza dishes too.

Where to find London's best pizza (or get it delivered)