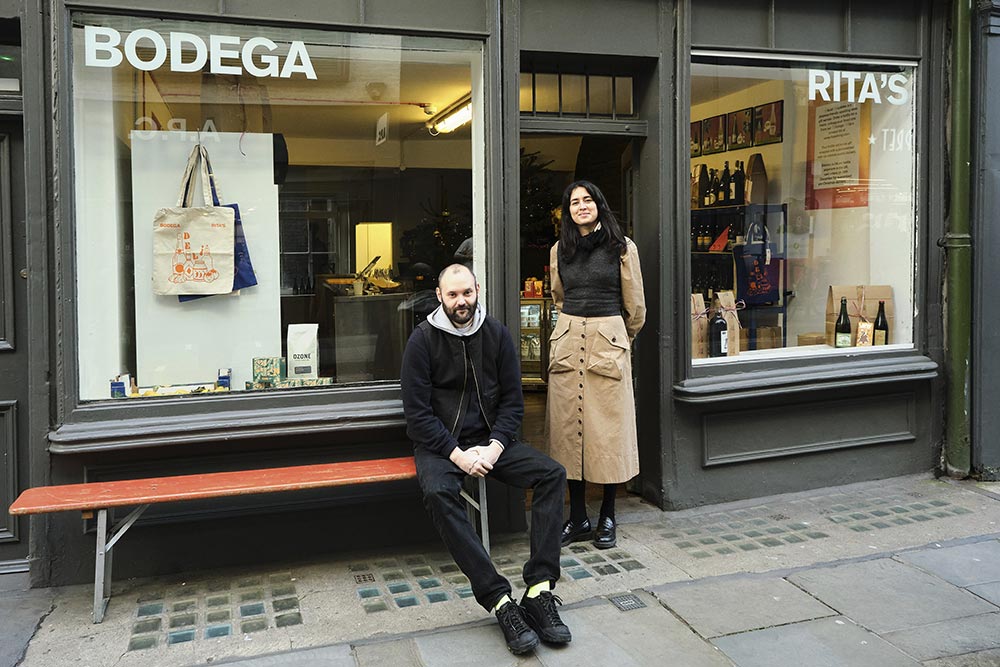 While they unfortunately closed in King's Cross earlier this year, Bodega Rita's (Missy Flynn and Gabriel Pryce) have resurfaced in a much more prominent place, right in the middle of Soho.

First off, they'll be there as a Bodega Rita's bottle shop and deli - but a full Rita's restaurant is incoming early in 2021. We'll have lots more news on the restaurant later, but in the meantime - here's what to expect pre Christmas.

Bodega Rita's bottle shop part will concentrate on natural, low intervention and biodynamic wines. If you're passing by it sounds like popping in for a quick Ponche de Vino Tinto will be a must - that's a hot Mexican red wine punch made in-house every day. They'll also be selling their deli items and pre-mix cocktails - along with specially curated hampers.

There are Christmas and wine hampers - but we particularly like the sound of the Sandwich King Hamper which has everything you need for a Boxing Day sandwich - including 'The Grinch' jalapeno relish, house giardiniera, sliced dill pickles, spiced mayo, Rita’s homemade 'Hot Water' chile oil, a sandwich spreader, and a Bodega Rita's tote bag.

Bodega Rita's is popping up until Christmas Eve - and we'll have more news on the restaurant later.