Langan's Brasserie gets ready to reopen following a major refurb

Langan's Brasserie was one of the true legends of the London dining scene, with the restaurant being the place to be seen at back in the 70s and 80s. Originally launched by Peter Langan in partnership with Sir Michael Caine it was one of the main celeb hangouts of its day.

Since Langan's death in 1988 though, the restaurant slowly lost its lustre and it eventually became another victim of COVID related lockdowns as the restaurant went into administration.

But it's not over yet. Now restaurateurs Graziano Arricale (who's also behind Chucs) and James Hitchen (former CEO of a Manchester restaurant group) have given the space a complete refurbishment, bringing the whole restaurant up to date. The design will apparently "reflect the restaurant’s intimate connection to the worlds of cinema, music and art".

On the restaurant's ground floor, there is a new raw bar, along with a lounge for afternoon tea. Downstairs they've added a private dining room as well as a capacious wine cellar. And upstairs will be an invite only bar with a late licence, live entertainment, and - what looks to be - a terrace for alfresco drinks or dining.

As for the food, it'll be focused on French classics. Planned for the menu are:

There'll also be a grill section serving up rib-eyes and dover soles So there's nothing that's going to frighten the horses there, while the wine list will have a French and European focus.

Here's hoping that the restaurant can regain some of its glory with the relaunch - but that they don't lose some of that louche glamour that made Langan's special in the refurb. 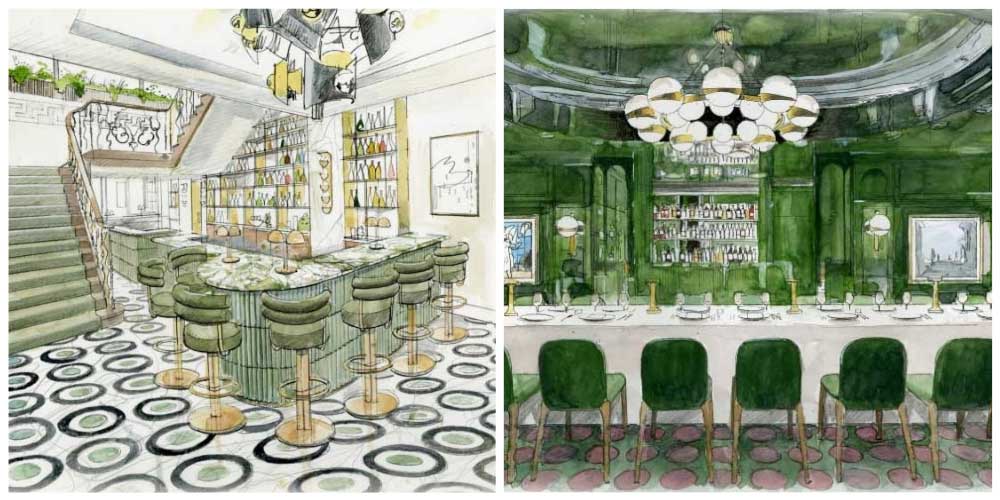 Where is it? Stratton St, Mayfair, London W1J 8LB