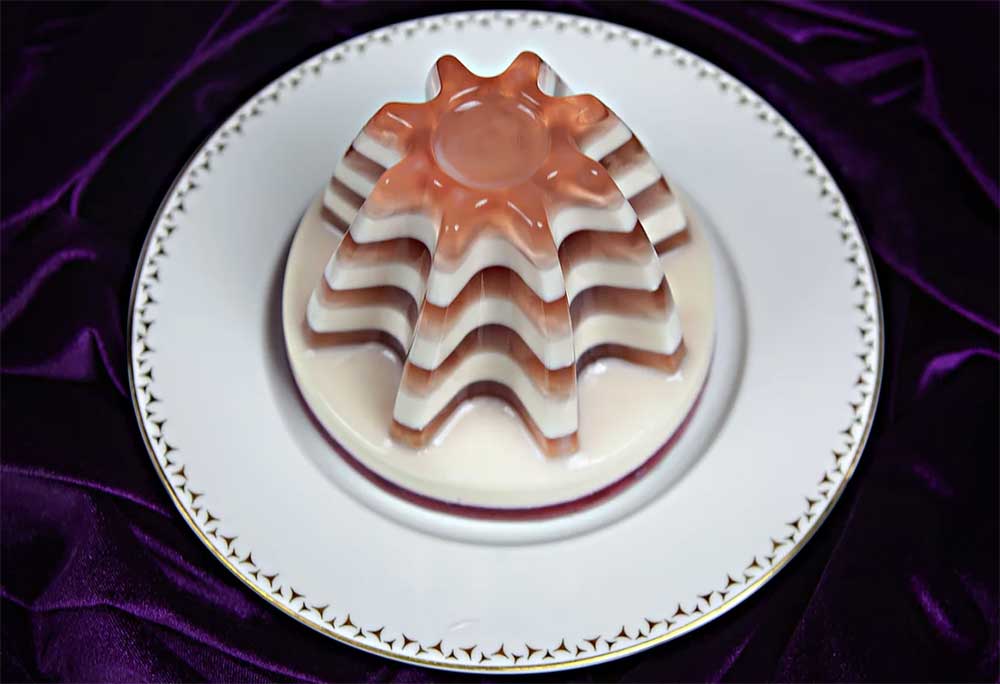 Self-styled 'culinary deviants' Bompas & Parr have designs on your Christmas Day dessert. The duo have launched a new jelly company that looks set (pardon the pun) to win over Christmas pudding as a show stopper dessert.

Benham & Froud is named after the old British company, founded back in 1785, which used to make the world's best jelly moulds. They made other stuff too, notably the orb and cross that now sits on top of St Paul's Cathedral.

Now the company has been resurrected, and they're launching with a jelly kit that looks, and sounds, superb. The kit contains both a Gin and Blackberry jelly and Raspberry and Mandarin Basil option plus an updated version of the jelly mould B&P made when challenged by Heston Blumenthal to come up with the world's most wobbliest mould for his Feast TV series.