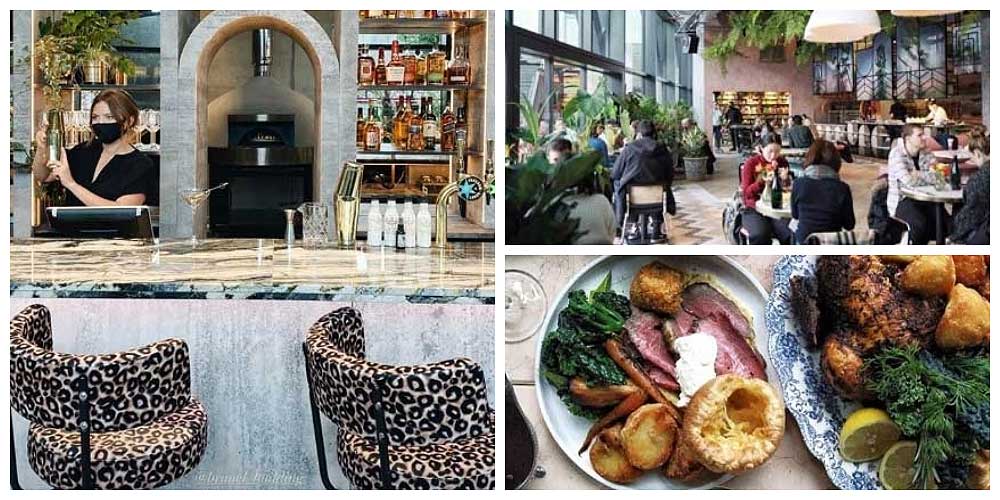 In a nutshell: Flagship canalside restaurant for the Daisy Green crowd

Summing it all up: This new canalside flagship restaurant at Paddington sees the Daisy Green group go up a notch featuring an in house bakery from one of the founders of Puff, rooftop dining and loads of plant-based dishes alongside trad Sunday roasts and brunches.

Over the past eight years, the Daisy Green group has built up a loyal following for its laid back Aussie cafes and restaurants. Starting out as a Kerb trader, they now have 11 places across London, with the latest just having opened its doors at Paddington.

Bondi Green, their new flagship, overlooks the Paddington Basin. And, as befits a flagship, they've really amped up the food offering here - bringing in all sorts of interesting people to collaborate.

Probably the one you'll most want to know about is the tie-in with Nicola Lamb, one of the founders of London bakery of the moment, Puff. She's helped set up an inhouse bakery at Bondi Green selling items like miso and vegemite escargots along with bacon, egg and truffle danishes and, as part of that, has also worked on some rather special brunch dishes focused around the bakery.

There's going to be plenty to appeal to those looking for plant-based delights. Simplicity Food's Neil Rankin has come up with a mushroom and radish wellington for the Sunday roast while Plates London's chef Kirk Harworth is responsible for a range of BBQ plant-based dishes.

If, however, your tastes bend towards the more carnivorous, that Sunday lunch also features HG Walter meat and an epic five days in the making gravy.

The canalside space - right beside the group's two barges Darcie and May Green) looks gorgeous - there's going to be rooftop dining on their 17th floor and they've got loads of heaters out on the terrace to enable Tier 2 socialising. And look out for the wine trolley doing the rounds with glasses of low-intervention Aussie wines.

Where is it? 1-2 Canalside Walk, Paddington W2 1DG

When does it open? Open now - dinner service begins next week.

How to book: Book online here.