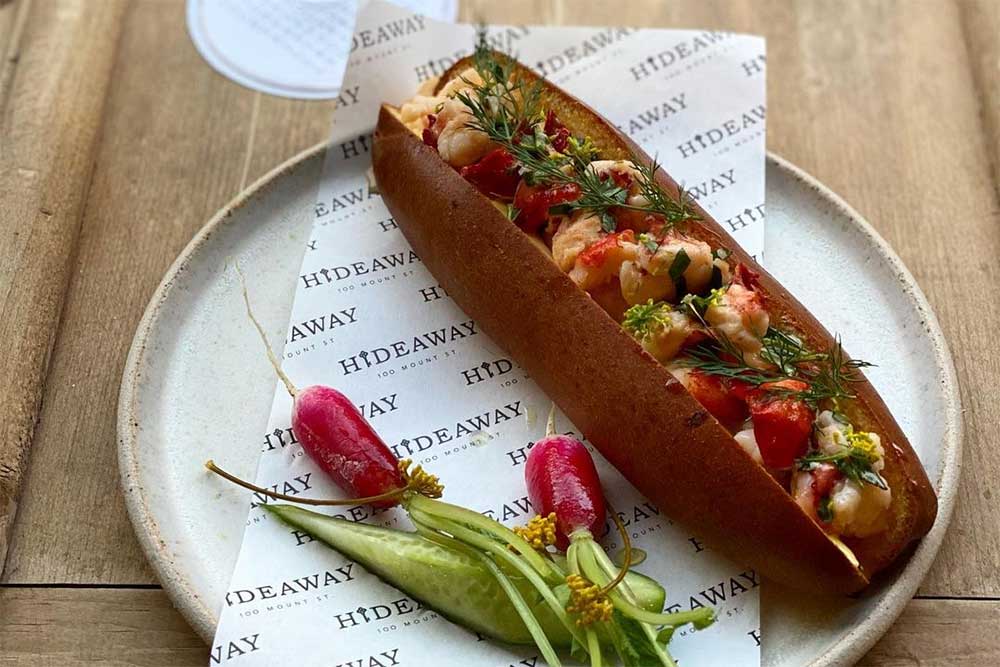 Over the past two years, Hide's 'diffusion range' - a cafe called Hideaway - has been popping up in various locations - first in the Burlington Arcade and then, for a longer period, down at Chelsea Barracks. Now Ollie Dabbous and his team are getting ready to open it in a permanent spot on Mount Street.

The cafe will take over the spot previously occupied by the Mount Street Deli. Open all day and with seating inside and out it'll serve up coffees and pastries in the morning, progressing to oysters and Champagne, lobster rolls and salads later in the day. There's croque monsieur with black or white truffles, potted king crab and we rather like the sound of their Mayfair Meal Deal; a lobster dinner which consists of a lobster roll and a glass of Roebuck sparkling wine for £26.

Wines will be from Hide's partner at Hedonism Wines and there'll be loads available by the glass.

You'll also be able to swing by to pick up jams, chutneys and pickles to take away.