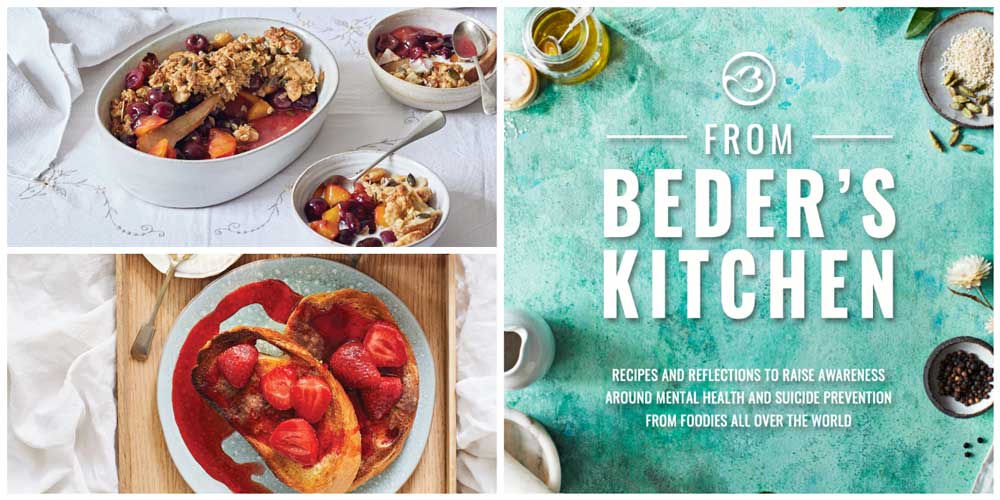 It's the time of year when we start to hear about all the exciting recipe books that are coming out in time for Christmas. But one in particular, From Beder's Kitchen, stands out so far.

It's a charity cookbook which has gathered together what sounds like a superb collection of recipes from people in the food world. Those who've taken part include a veritable who's who of restaurant folk like Gordon Ramsay, Yotam Ottolenghi and Atul Kochhar along with chefs from Hawksmoor, LEON, and Dishoom and writers/instagrammers like Michael Zee  of @symmetrybreakfast, Rosie Birkett and Fiona Beckett.

The 90 contributors in all, share both their favourite recipe as well as their reflections on looking after their mental health and how cooking has played a part in all that.

Beder's a relatively new charity that was founded by Razzak Mirjan and named after his younger brother who took his own life in 2017. Its laudable aim is to raise awareness around mental health and suicide prevention.

If all that isn't enough to have you pre-ordering a copy, the recipes sound VERY good. Here's a taster:

More about From Beder's Kitchen

How to buy: Pre-order it here