All pubs, bars and restaurants in England have a 10pm closing time from Thursday 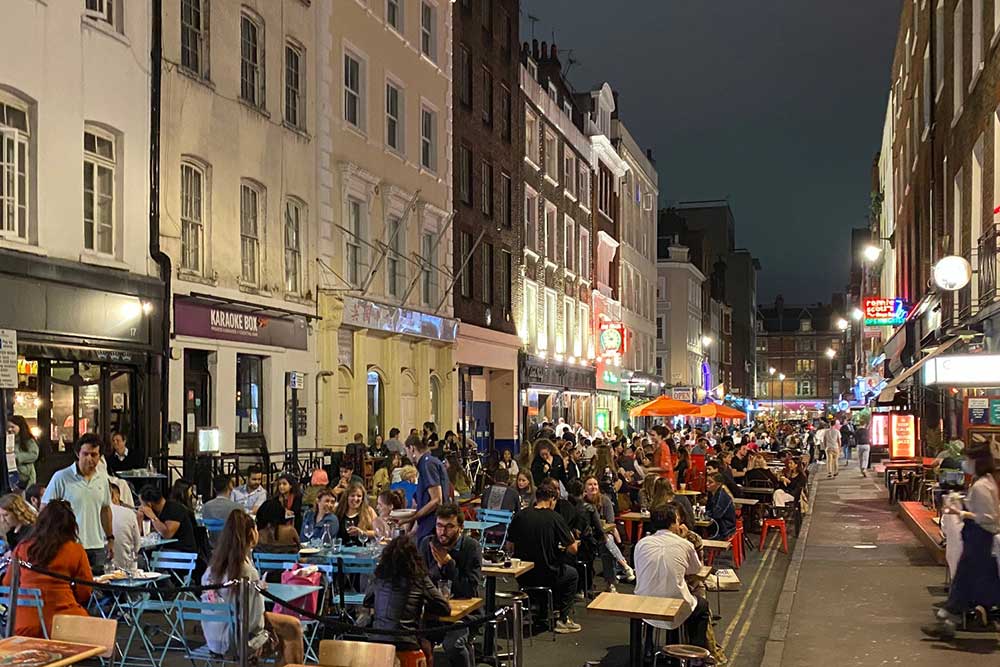 The government have announced that, from this Thursday (24 September), all pubs and restaurants in England will have a 10pm curfew. That means a restaurant or pub has to be shut by 10pm - not just calling last orders.

There had been talk brewing about a potential London curfew all day, but the confirmation only came right at the end of the day - almost 48 hours exactly before the curfew actually begins and, cunningly too late for the evening news bulletins. What we perhaps weren't expecting was that the 10pm closing time would be enforced across the country.

In addition, table service will become the law (similar to what's currently running in Ireland). This is already something that's pretty much in place across most restaurants and many pubs  - today's news is just making it a legal obligation.

The rules are to be discussed in parliament tomorrow (Tuesday), with another broadcast by Boris at 8pm the same day.

Obviously this is not great news at all for an industry that is already struggling - and the response on Twitter has not been kind, particularly given the blanket, sledgehammer approach.

Restaurants and pubs to close at 10pm? Just a quick reminder, according to PHE pic.twitter.com/AEb2VfO6sy

was boris johnson bitten by a restaurant as a boy

CORONAVIRUS IS AROUND DURING THE DAY AS WELL. IT'S NOT FUCKING DRACULA. https://t.co/roWTsn8Pqz

I’m so confused by these new restrictions, all they seem to do is destroy the hospitality industry? The figures show infections overwhelmingly coming from care homes and education, but let’s punish hospitality because it somehow seems like it’s the problem?! Make it make sense

“I wonder what restaurateurs’ WhatsApp messages between themselves are like today?” pic.twitter.com/CtgY6ZYuF3

Although maybe there are some positives to be gained from this...

Did it ever go away? https://t.co/UwXym5EW3b