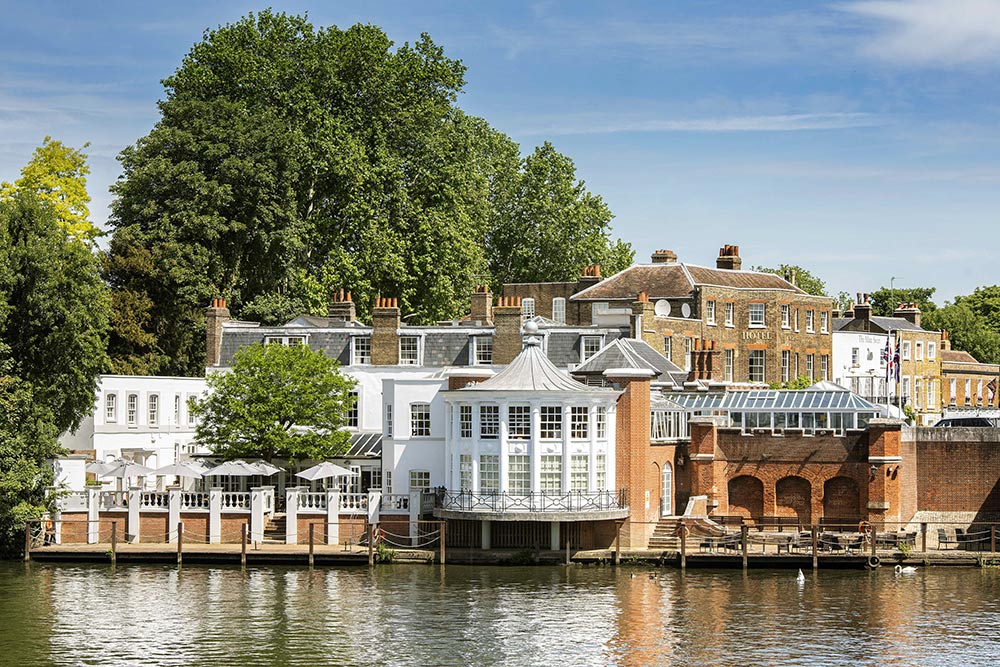 A brand new 5-star hotel, The Mitre, is opening right next to Hampton Court very soon. The building has been there for a few hundred years now but it's just had a boutique hotel overhaul. Ahead of the hotel rooms opening, they've opened the two riverside restaurants there.

In charge of the food is Ronnie Kimbugwe who, after working with Gordon Ramsay in Claridges for six years, launched and ran the food at the Bel and the Dragon inn group (which we rather liked on a visit a few years back). He's behind the two new restaurants Coppernose and 1665 as Culinary & Operations Director.

First up - Coppernose (named after Henry VIII). That's an all-day restaurant (including afternoon tea) with a menu that includes:

Then there's 1665 (the year The Mitre was built), a brasserie with a terrace overlooking the Thames. That menu features:

They also have their own beer on draught - The Six Wives. And we shouldn't need to tell you where that name comes from. Overall, given the chef and its lovely riverside location, this looks well worth checking out.

More about The Mitre